M
Elijah Challenge Events with Vietnamese Churches around the World

m
Vietnamese Christian & Missionary Alliance Churches in the San Francisco Bay Area hosted The Elijah Challenge in October 2006. The meetings began with the Seminar where the servants of God were trained how to heal the sick in Christ’s name to prove to the lost that He is the only way to the Father. The Lord graciously anointed us to teach at the first training session. Near the end of the evening we had the people lay hands on those with infirmities. The brethren howled with delight as they saw the Lord heal miraculously through them.

Especially happy was our host Pastor Phan Vinh whom the Lord delivered from an annoying headache the first evening. A year ago during our October training sessions at his church he was healed of a chronic back problem as his son laid hands on him. 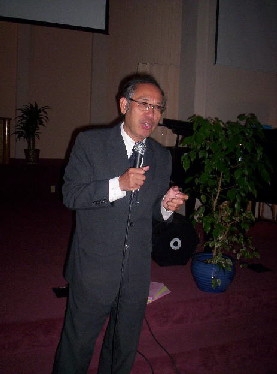 After the training, Evangelistic Healing Services were held in two different Vietnamese C & M A churches—in Oakland and Newark.

The Lord graciously blessed the two Crusade meetings on the first day. After the proclamation of the Kingdom of God, the trained believers came to the front and ministered to the infirm to demonstrate to the lost that the Kingdom was indeed near. 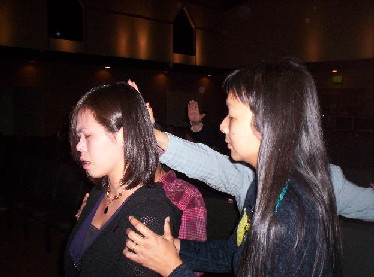 Healing the infirm in Jesus’ name

As they did so, the Lord was again faithful to heal them. Many people were healed and came up to the front to testify publicly, especially at the Newark location in the evening. The saints were greatly encouraged. Most of the people in attendance were already believers, but there were a few visitors who received Jesus as Lord and Savior for the first time—the greatest miracle of all. 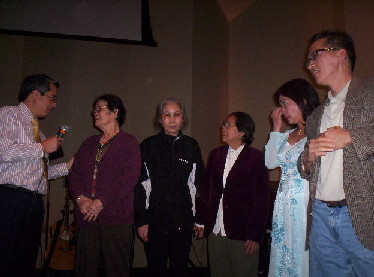 Above: People testifying that they have been
healed in Jesus’ name

Below: Believers praise the Lord for
His wonderful works 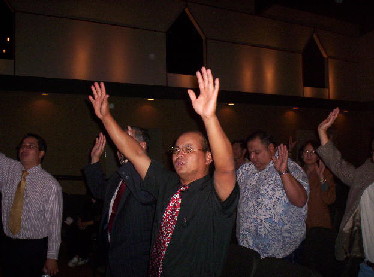 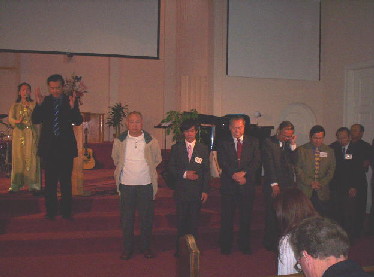 Trained believers preparing to heal the infirm
in Jesus’ name

In the evening Crusade in Oakland, a young boy who could not talk and could barely hear was healed. He was able to repeat words that were spoken to him—a glorious miracle in Jesus’ name. He accepted Jesus Christ as Lord and Savior. Several other miracles were reported as well.

Mute boy is able to speak

The Vietnamese brethren here are now ready to minister on their own in the spirit and power of Elijah. Our meetings here a year ago were not quite sufficient to get them moving on their own. But after the second round of training this year, they are confident and ready to carry on the work of proclaiming the kingdom of God to the lost, healing the sick, and casting out demons. In particular, they will be holding regular evangelistic healing rallies in public places like shopping malls and flea markets. They have received the spirit of boldness and power from the Lord through the meetings. This is our ultimate purpose—to equip them to do it on their own, without us. We are not so much evangelists as we are equippers of the body of Christ. May the Vietnamese C & M A churches fulfill the Great Commission in the Buddhist Vietnamese community in the San Francisco Bay Area.

From Host Pastor Phan Vinh of the Vietnamese C & M A Church in Oakland:

“We were very glad and happy all week from October 9th through the 15th; there are some new things in our church now. Thanks to God for all the good things He did in Oakland. We are strong enough in the Spirit to go out for the Kingdom of God. We appreciate your ministry in preaching with God’s power in healing the sick—it’s Jesus’ way. My brother and his wife and niece Esther were also happy, and they would like to organize the Crusade in Los Angeles for next year. God bless you both, and see you again in Oakland.”