“Something any church can be trained to do”: Open-air Fall Festival in Houston Sherwood Elementary School Park

The open-air Fall Festival in the Sherwood area of Houston was sponsored jointly by Encourager Church and the Church of Houston. We began with music, moonwalks, face painting, kids’ activities, hot dogs and candy for the people. Eventually there were perhaps more than a hundred people altogether, many from the immediate neighborhood which was our target area. 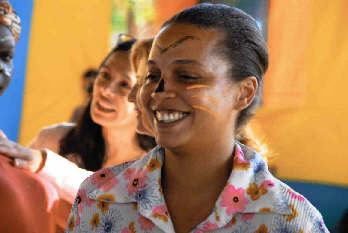 Face painting at the Festival

We asked the people to assemble in front the sound speakers and tiny platform which served as our stage on the covered basketball court. Then we shared from Mark 2, arguing that Jesus’ authority to heal the paralytic proved that he also had authority to forgive sin and save sinners from condemnation in hell. Then we prayed and asked the Lord to heal the infirm people who were present as proof that he had authority to pay off our debt to God through his death on the cross. The miracles of healing would be the proof that he has power to grant us eternal life. These miracles would be done through believers trained under The Elijah Challenge. 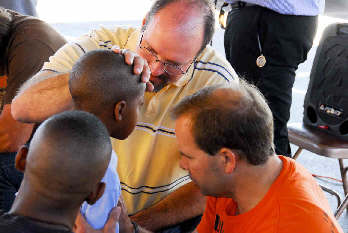 Above & below: healing ministry to the infirm 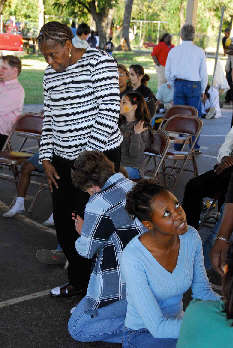 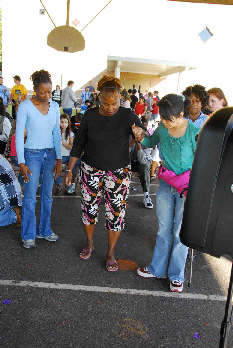 After prayer, the trained believers laid hands on the infirm and ministered healing to them. Nearly all of them came up to the platform to testify that Jesus had healed them. Two of the more notable testimonies were from a woman and a gentleman. The woman suffered from fibromyalgia for ten long years. Medical treatment and medicine could not relieve her from the pain in her neck and shoulder muscles. But as trained sisters from the Encourager Church laid hands on her, the pain disappeared.
. 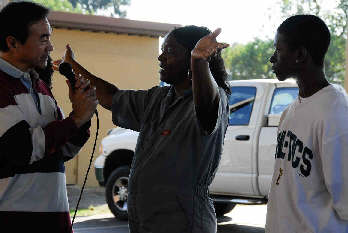 Above & below: the pain from her fibromyalgia is gone 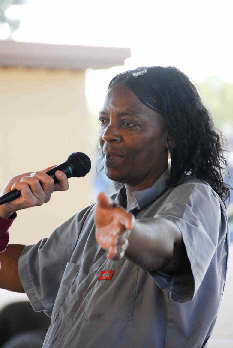 The other person—a gentleman—had been addicted to cocaine (see photo below). But as trained brothers ministered to him with authority in Jesus’ name commanding the spirit of addiction to come out of him, he felt the desire for cocaine suddenly leave him. He actually felt something fly out of his mouth and leave him—but it was not physical. It was a spirit of cocaine addiction.
. 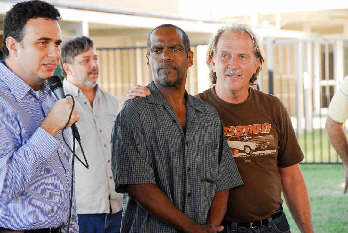 Delivered from his cocaine addiction (center) 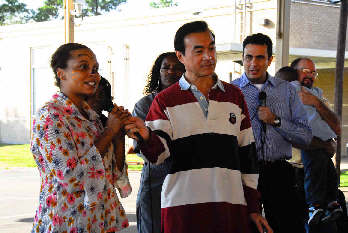 Above & below: Other testimonies of healing 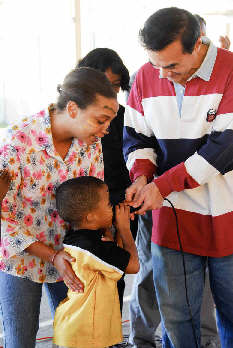 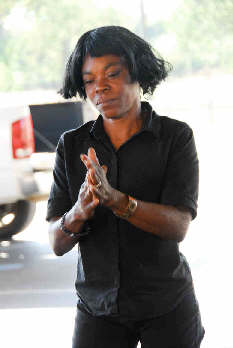 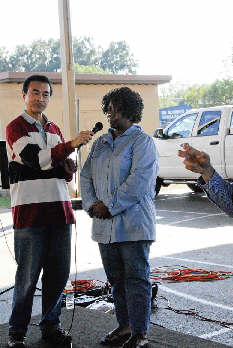 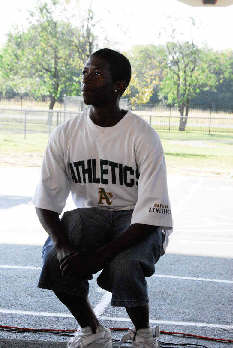 Sports injury to knee is healed

When we invited souls to believe on Jesus Christ as Savior because of the proof they had just witnessed, at least eight adults and a handful of children came forward. 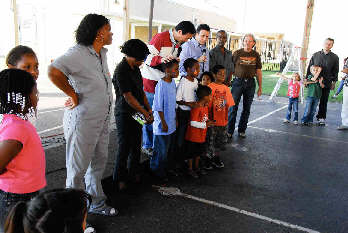 Afterwards, organizer Carl Cadis of Encourager Church told us that the Lord had spoken to him and that what we had just witnessed was only the beginning. Carl is now planning a Thanksgiving Day Outreach. Praise the Lord that He is setting the Church free from the fear and doubt and powerlessness that has imprisoned us within the four walls of our church buildings. Now He is enabling the Church to proclaim the gospel with great boldness anywhere and everywhere, confident that He will confirm the gospel through miraculous signs.

Now may the Lord open doors for many churches in the Houston area to be equipped to do the same. No longer do we need to depend solely on superstar celebrity evangelists and specially-anointed “one-man-show” servants of God to do the work of evangelism. God calls every disciple of Jesus Christ to heal the sick and proclaim the Kingdom of God to the lost. If every church could hold low-profile, open-air (or indoor) evangelistic healing outreaches on a regular basis, there would be significant impact on the Great Commission. Miraculous healing can also easily take place in marketplace evangelism.

Imagine if the entire body of Christ is equipped to do just that. Now it is within the realm of possibility.