“Silver or gold I do not have, but what I do have I give you”…exactly what did Peter have—the gift of healing? 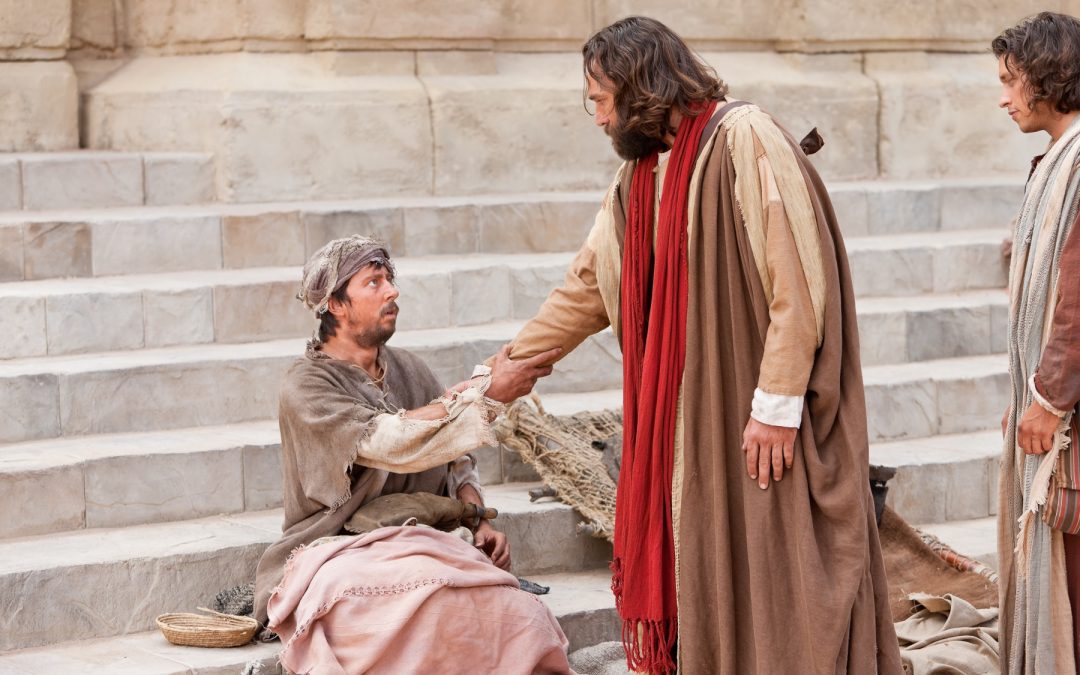 Acts 3:1  One day Peter and John were going up to the temple at the time of prayer—at three in the afternoon. 2 Now a man who was lame from birth was being carried to the temple gate called Beautiful, where he was put every day to beg from those going into the temple courts. 3 When he saw Peter and John about to enter, he asked them for money. 4 Peter looked straight at him, as did John. Then Peter said, “Look at us!” 5 So the man gave them his attention, expecting to get something from them.

6 Then Peter said, “Silver or gold I do not have, but what I do have I give you. In the name of Jesus Christ of Nazareth, walk.”

Peter didn’t have any change to give to the beggar. But what he did have he gave him. Peter then commanded the beggar to walk in the name of Jesus Christ of Nazareth. And the beggar got up and began to walk and jump and praise God.

What Peter had was authority from Jesus Christ—with which he commanded the man to walk. Authority of course is exercised by issuing a command to whatever is under our authority. This authority is separate and distinct and not the same as the commonly known gift of healing. When did Peter receive this authority?

6 So they set out and went from village to village, proclaiming the good news and healing people everywhere.

Luke 10:1 After this the Lord appointed seventy-two others and sent them two by two ahead of him to every town and place where he was about to go. 2 He told them, “The harvest is plentiful, but the workers are few. Ask the Lord of the harvest, therefore, to send out workers into his harvest field.

9 Heal the sick who are there and tell them, ‘The kingdom of God has come near to you.’

Peter and the other disciples received this authority in the gospels, well before Pentecost when the Holy Spirit descended bringing with Him the nine supernatural gifts of the Spirit. Power and authority therefore are clearly not the same as the gift of healing.

The disciples were sent to proclaim Jesus to those who had never heard of him. This would be especially true in Acts when the early disciples went to Judea, Samaria, and to the ends of the earth to proclaim the name of Jesus to the Greek and Roman gentiles. Acts records how they used authority and the name of Jesus to perform extraordinary miracles to bring many to saving faith.

Today we are still in the dispensation of Acts inasmuch as we have not yet taken the gospel to the ends of the earth as Jesus commanded in Acts 1:8. Scripture does not at all say that miracles have ceased. Therefore disciples today have also been given authority and power to cast out all demons and to heal diseases miraculously to provide irrefutable and compelling evidence to the lost that Jesus is the Messiah.

The Elijah Challenge trains harvest workers in the effective application of the Lord’s supernatural authority and power to make disciples of all nations for the fulfillment the Great Commission during these Last Days.
.