All the Gospel Church, Assemblies of God
November 8, 2009

As a result of the following event, the Assemblies of God District Superintendent of Northern Luzon is making plans to partner with Elijah Challenge Coordinators Albert Kang and Carl Henderson in order to train the students in the Bible School as well as the pastors and leaders of the churches in his district.

Pastor Conrado Lumahan is the Founder and Senior Pastor of All the Gospel Church, a church affiliated with the Assemblies of God of the Philippines. From this church, many other barrio churches sprung forth to minister in different parts of Luzon. Apart from being a church pioneer, Pastor Conrado is also well respected as a Christian leader in his region. Thus he also serves as the District Superintendent of the Northern Luzon District Council of his denomination, the Assemblies of God. Before the district under his supervision was divided, he was the overseer of more than 400 churches. Now he takes care of half that size but has plan to multiply them rapidly.

From a humble beginning, 15 years ago, with only a few members, Pastor Conrado pioneered All the Gospel Church which has grown to become a vibrant evangelizing church today. All the Gospel Church is situated by the seashore overlooking South China – an unsurpassed location in Northern Luzon with a billion-dollar view. In this region, 66 percent of the Filipinos speak Ilocano. The rest of them speak Pangasinan and Tagalog. 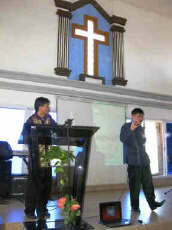 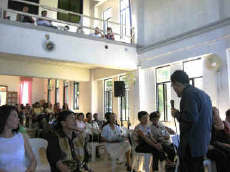 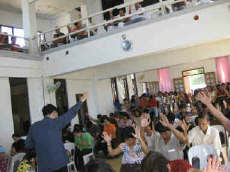 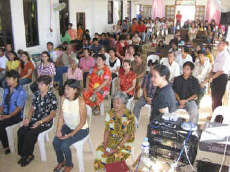 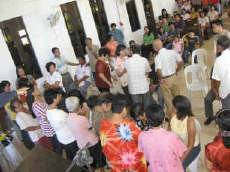 On 8 November 2009, the sanctuary by the seashore was filled with joyful worship songs. The congregation was enthusiastic and apparently energized by the anticipated miracles. In the morning, I shared the message from Mark 10. The objective of the sermon was to encourage the congregation to use the ‘laws of God to convict’ and the ‘grace of God to save’. Another aspect of the message was to show them how they could take authority over their flesh. Everyone in the church had fun memorizing the Ten Commandments. After that, the congregation collectively confessed and repented of their sins before the Lord.

The healing session was crowded with more than 25 people. As the space at the front was limited, I invited the last two rows of believers to heal those on the front row before they receive their own healing. Pastor Conrado led the infirm in another prayer of repentance because all those who needed healing were Christians. He had learned that healing for these Christians was conditional. If the believers were to condone serious sins such as bitterness and unforgiveness, then they may not receive the healing.

Pastor Conrado commanded the diseases and ailments to leave in his own Illocano language. Many of the believers who exercised their faith to heal were those who needed to be healed themselves. Miracles did not only happen to those they helped but some of them also received the miraculous touch of God themselves. A sister with chest pain testified that the pain had left her. A couple of the participants who had back pain testified complete healing. A few of them with pain in the knees and other parts of their limbs rejoiced at their healing. Soon those who were in the second and third row were allowed to receive their healings. Those who were already healed laid their hands on their fellow members and healed them in the name of Jesus. More people walked up the stage to testify. A few of the elderly were suffering from stomach ailments. After the laying of hands, they were miraculously healed. The morning service concluded with Pastor Lumahan encouraging the congregation to return at two in the afternoon for the Elijah Challenge training. 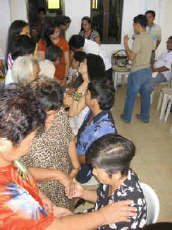 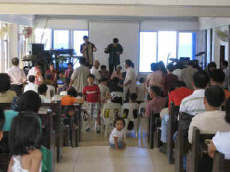 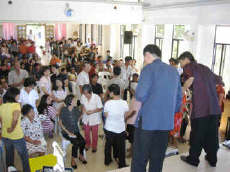 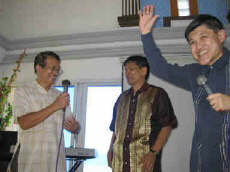 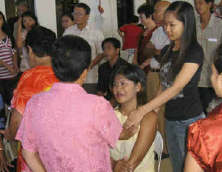 In the afternoon, there were more participants who came from the neighboring churches. Many were pastors and church leaders. Expounding from Luke 9 and 10, I shared with more details about our God-given authority and power to heal within the context of evangelization. During the healing demonstration, Pastor Lumahan once again led the infirm in a prayer of confession of sins and repentance. There were 16 participants who needed the healing touch. The participants, who were learning how to heal, laid hands on the infirm as Pastor Lumahan shouted out the commands to heal in Ilocano. My team members, Brother and Sister Ong moved among these believers and made sure that they did the healing correctly. For example, the trainees needed to gently lay hands upon the affected areas but they were not allowed to massage or squeeze the infirm. They had to open their eyes because what they were doing was not praying but taking authority over the diseases. In the past, some of the infirm manifested demonic activities and had to be subdued. Without opening our eyes, we would never be able to observe such demonic activities. Therefore, during the training, I emphasized that commanding must be made with eyes wide opened.

After Pastor Lumahan had commanded twice, I requested that the participants to command by themselves. They appointed a leader in their commanding team and went to work. Miracles continued to happen thus proving that every Born-again believer has the authority and power to heal in the name of Jesus.

The testimonies of those who were healed were most encouraging. Those who suffered from pain in the eyes testified that they were completely healed. Pastor Lumahan asked whether the pain was 100 percent gone. All of them confirmed that their pain had gone… 100 percent. Quite a few were healed of back pain. A brother testified that his shoulder pain had left him. An elder said that he was healed 101 percent. Those who had frozen shoulders were able to lift up their arms. A sister who claimed that she had breast cancer felt the pain left her chest and arms. She was asked to go for a medical check-up to confirm healing. A small boy also came up to testify of healing. One sister, who was struggling to be healed of her shoulder and back pain, rejoiced when her pain suddenly vanished. A young lady was partially deaf in her right ear. After a few rounds of rebuking, she could hear. She said that her hearing was 90 percent healed. 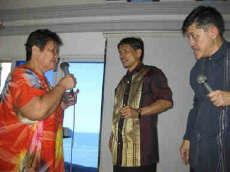 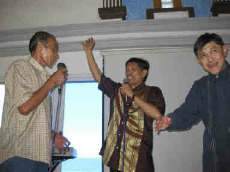 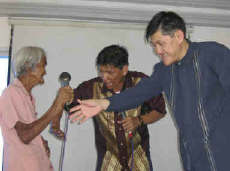 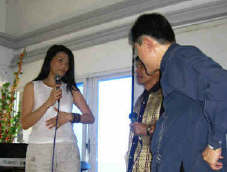 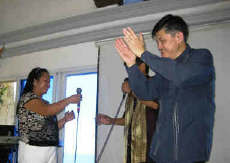 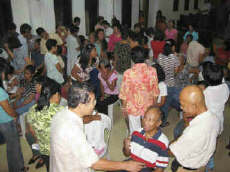 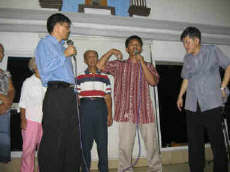 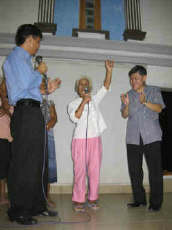 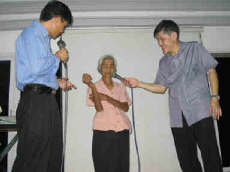 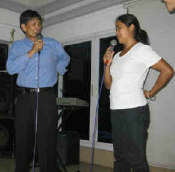 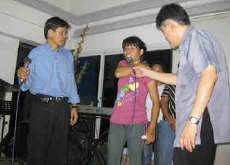 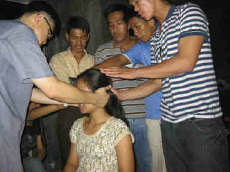 Editor’s note: As a result of this, the Assemblies of God District Superintendent, Conrado Lumahan, is making plans to partner with Elijah Challenge Coordinators Albert Kang and Carl Henderson in order to train the students in the Bible School as well as the pastors and leaders of the churches in the Northern Luzon District.