The Redeemed Christian Church of God (RCCG) in Lagos, Nigeria holds the distinction of being the largest single congregation in the world at this time. In addition they have 6,000 branch churches in seventy nations. Their Annual Convention witnesses over 2,000,000 people in attendance.

Pastor Bayo Fadugba and Dominion Chapel, Redeemed Christian Church of God in Houston hosted Brother Bill and The Elijah Challenge over three days in June 2006. Our purpose was to train the Dominion believers how to heal the sick as Jesus Christ Himself did 2,000 years ago to prove to the lost that He is the Son of God and the only way to the Father.

After the meetings, Assistant Pastor Dr. Taiwo Kayode wrote Brother Bill: “I believe that your ministry has the potential to exceed Benny Hinn’s because it goes beyond healing and includes the enlightenment and empowerment of believers to exercise their faith to do such.”

At the first evening of training during the demonstration of healing, the first person to come forward for healing was a woman who had a bump on her wrist that caused chronic pain. Bill and Lucy laid hands on her wrist and rebuked the pain in Jesus’ name. Immediately the pain disappeared. Then several other people with pain and infirmities came up to receive healing. Brother Bill called more believers to come forward to lay hands on them in Jesus’ name. All of not most of them testified that their infirmities had vanished.

At the second evening of training, the first to come forward was a gentleman who limped forward from his seat with painful gout in his knee. Two of the brothers came forward to lay hands on the man’s knee. After they rebuked the infirmity authoritatively in Christ’s name and commanded the knee to be healed, we told him to walk. He took off and strode briskly back and forth at the front of the sanctuary with no more trace of limping or pain. He came back and, taking the microphone, announced with visible emotion on his face that he had been a (doubting) Thomas. He added, “Now I believe!” Many more were healed that evening of various infirmities by the believers. There was much rejoicing among the saints, even with the meeting ending at 1:30 AM that Saturday morning.

Later that day an evangelism team was sent out to share the gsopel in the city. As they laid hands on one infirm person, an outstanding miracle of healing took place. 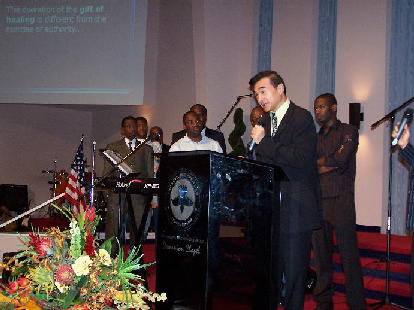 The third and final meeting was Dominion Chapel’s Sunday Service. Brother Bill continued the training, teaching on the scriptural basis for the laying on of hands. Immediately after that he had the believers practice it. He invited many who needed healing to come forward to the front. Then he had the believers trained in the equipping sessions to lay hands on them as they exercised their authority over the infirmities in the name of Jesus Christ. 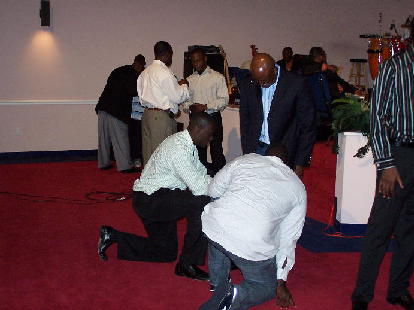 After a few minutes, those who were healed came up to the platform to give the glory to God through His Son Jesus Christ. There were many. They were the proof that He is the Son of God and that He has authority to forgive sin. The one with authority to heal infirmities also has authority to forgive sin, for disease is ultimately the consequence of sin. The miraculous healings were the proof that only Jesus can save from condemnation in hell through His atoning death on the cross and grant sinners eternal life.

Below are some of the people who testified… 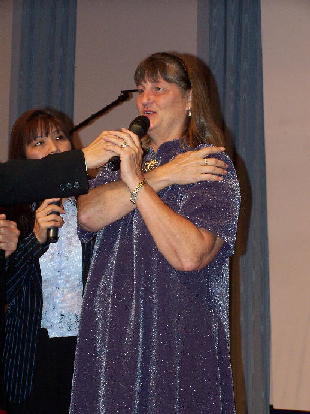 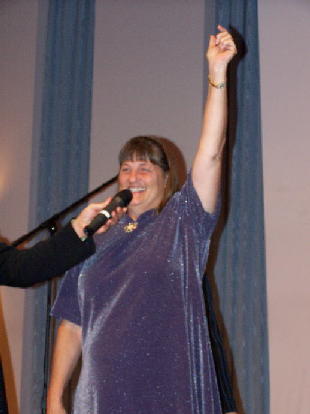 Her shoulder was completely healed in Christ’s name 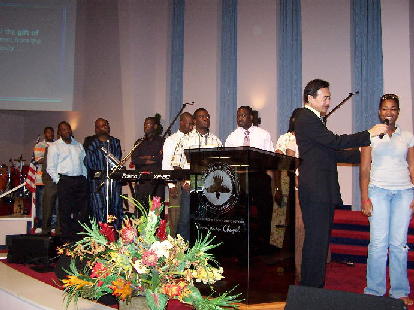 People who are healed line up on stage to testify 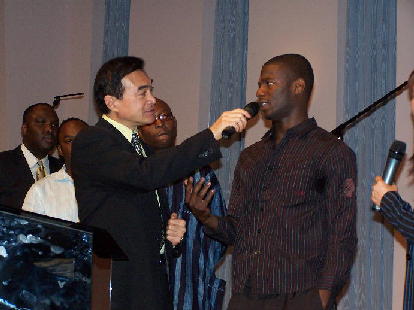 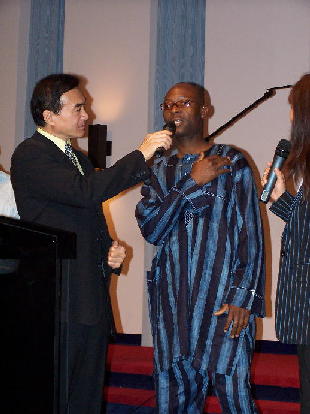 Above & Below: This man’s shoulder was completely healed 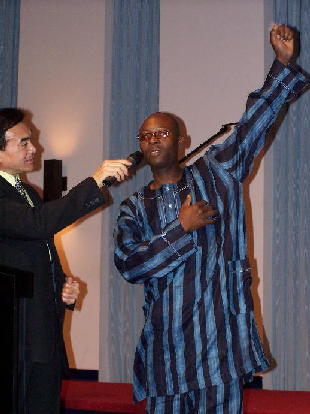 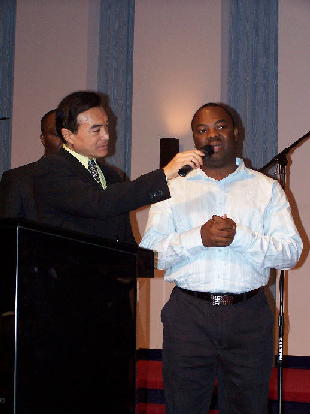 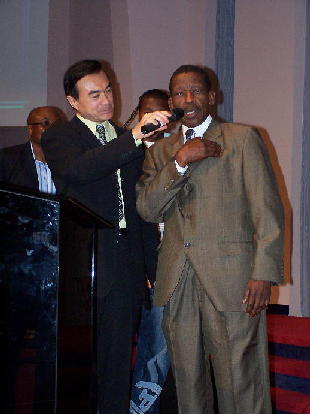 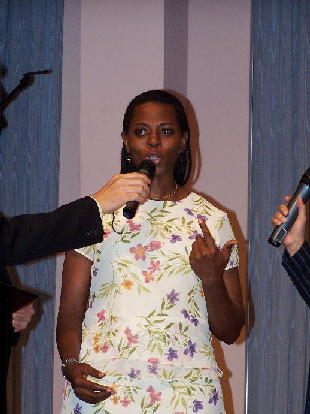 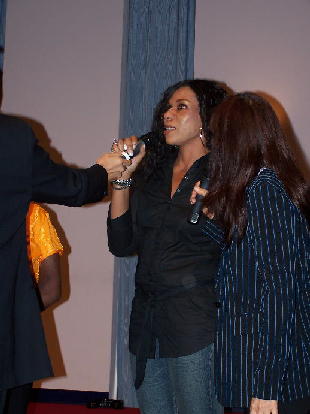 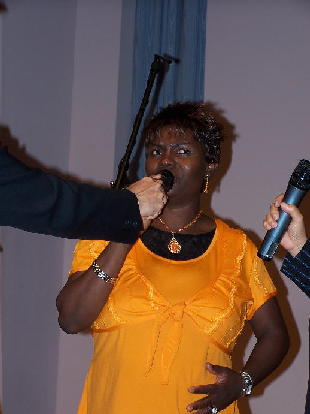 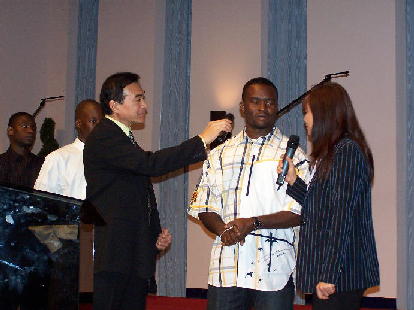 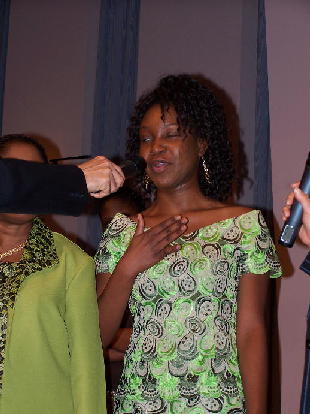 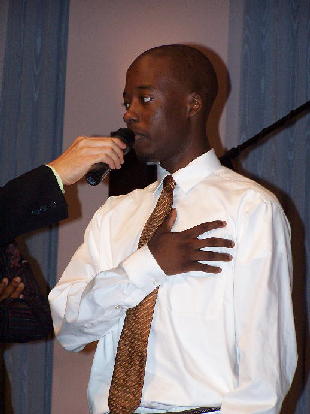 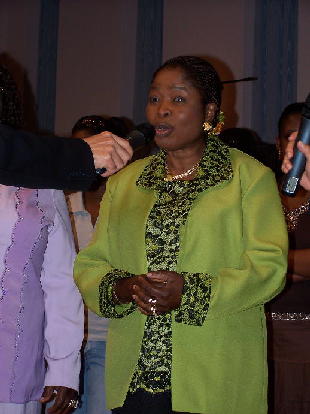 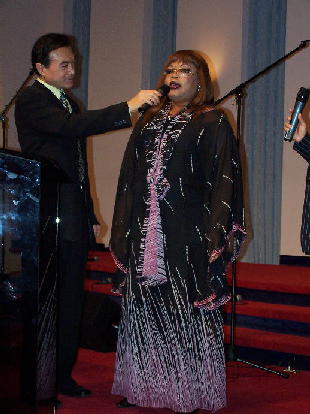 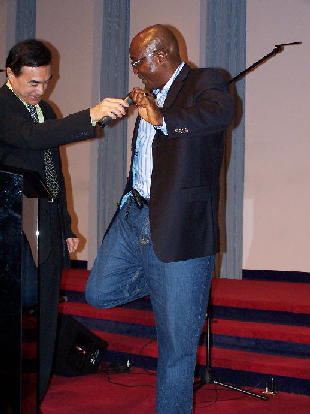 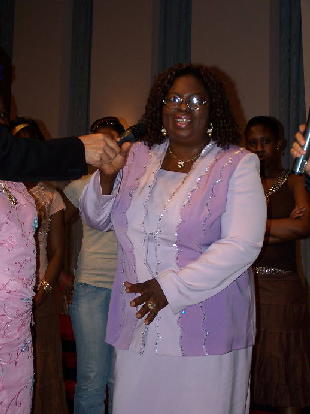 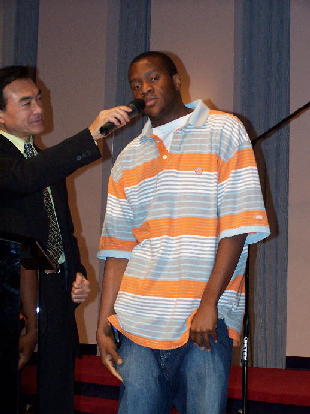 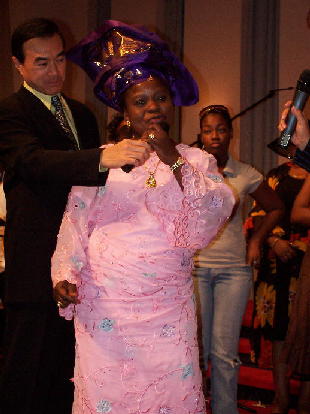 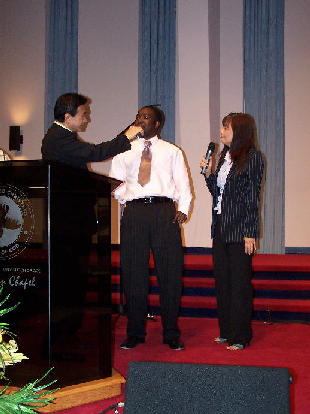 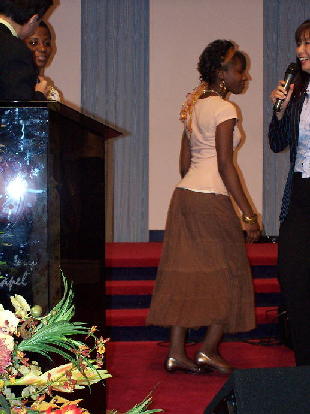 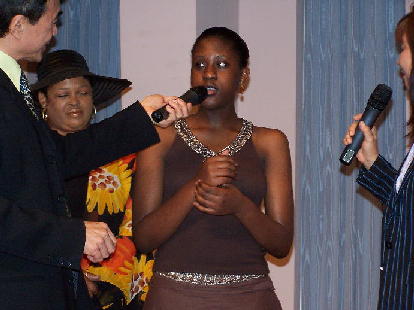 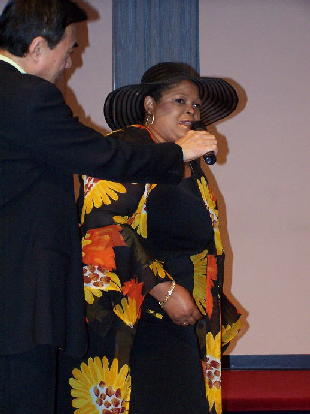 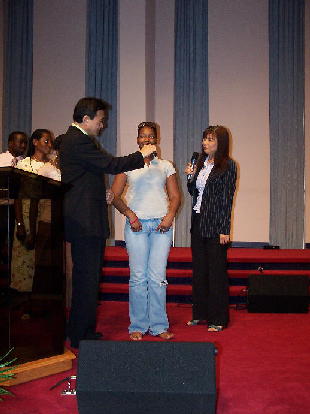 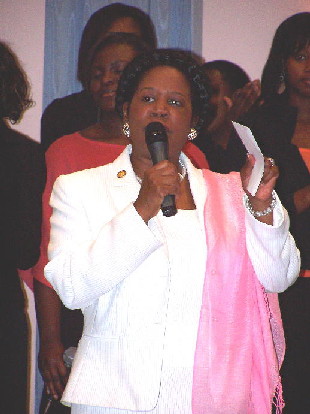 U. S. Congresswoman Sheila Jackson Lee
was present early in the service

Pastor Bayo and the leaders at Dominion Chapel recognize that this is only the beginning. The Lord has begun to equip His “ordinary” disciples to the works that Jesus did. An army of nameless and faceless believers has been trained to heal the sick effectively. They are going to take the power of the gospel outside of the walls of the church to the world — to the open-air places of the community. They will proclaim the Kingdom of God and heal the sick openly. They will make disciples. This is the End Time Model of Evangelism being restored to the Church of Jesus Christ.