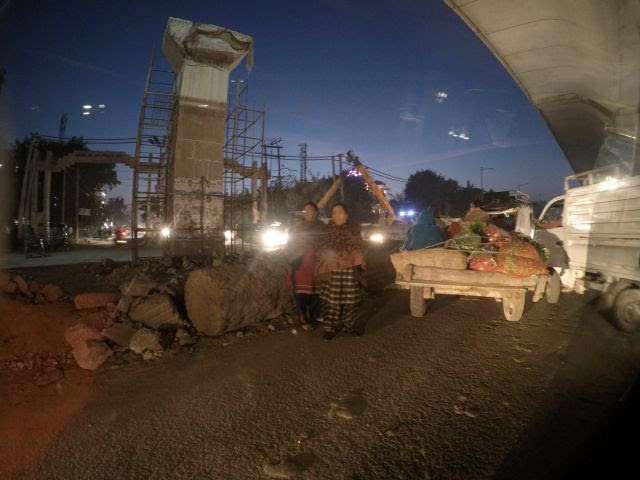 Jaima sih ki! (Praise the Lord!)
“It has been less than a week since we departed for India, and so much has been going on the past few days. There has been a lot of traveling and little sleep at times, but it’s been worth it to see and experience the work that God is doing in India. We are currently back in New Delhi and finally have some time to reflect and reenergize.

Here are some of the highlights of our trip. 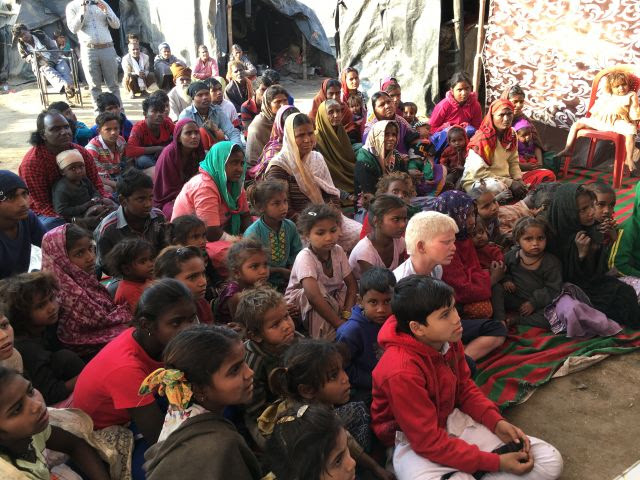 There is a group of believers that meet as a fellowship in this slum in Amritsar. Our host, Pastor Amit (pictured below), and his leaders help support and grow this community. We were able to tell the Christmas story to the children of this fellowship and encourage them to share who Jesus is and all that He has done with others during this season. The children received a new outfit for Christmas provided by your generous support. Many of them wear the same clothes day in and day out, so this was a true blessing to them. We got to share a meal with them as well. The kids are so precious! We prayed over them before we left.

m
Home Fellowships (Amritsar)
We’ve been given the opportunity to attend several house fellowships. Their form of worship is very different from ours, but it has been so awesome to see their worship of the same one, true God. Punjabis really know how to throw down a beat in praise to Jesus!

Kamal (Pinky), on the left, faithfully leads a home fellowship. These believers are primarily from a Sikh background. We shared a Christmas message to the whole fellowship, and at least two people accepted Christ afterward (see below for more)!  While we were there, we ministered to a woman who had cysts in her breasts that caused pain. The pain left, and she said she felt the cysts draining. Praise the Lord!

The young man in the middle wearing the light gray sweater was so eager to accept Christ! We were happy to be a small part of this man’s story. He has many friends in the fellowship that had been already encouraging him to become a believer, so we were able to witness the harvest of low-hanging fruit. We know he will be well taken care of and discipled by his community. 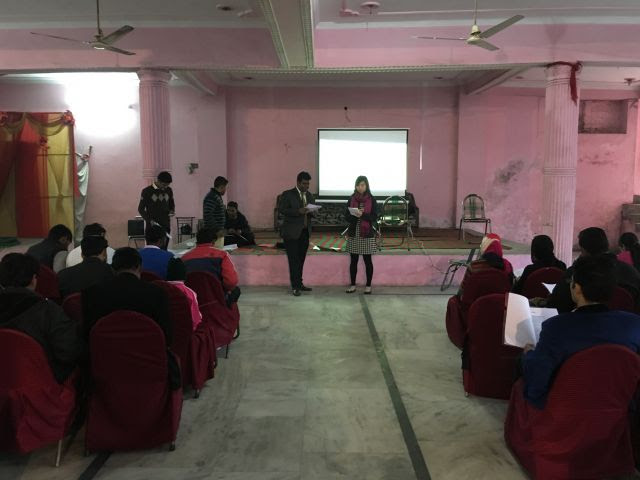 On Wednesday, we trained local pastors and church leaders in using power and authority to heal the sick as an effective tool for the Great Commission. Over 100 believers attended the training. Praise God we was able to do the training effectively and in the short amount of time that she was given. During the training’s demonstrations, a woman with hip pain was healed as well as a man who could not squat or sit without pain in his leg. Another believer’s throat pain was reduced.
Healing & Feeding Events (Jalandhar)

Later that day, we visited local Pastor Ashok’s home fellowship in Jalandhar. There were about 75 people in attendance, mostly believers with a few nonbelievers who had been invited to be healed of their illnesses. There were also believers present that had attended The Elijah Challenge Training earlier in the day. we shared the gospel message and then asked the trained believers to stand and minister to those who were sick or in pain. We asked those who were healed to come up and testify of how God had healed them. After the testimonies, we asked if anyone wanted to accept Jesus as their Lord and Savior, the only way to the one, true God. 15 people raised their hand! Afterward, we found out that 5 of them were brand new believers and 10 of them had committed to getting rid of all other idols and gods in their lives and to follow Jesus only. We’ve learned that many people in India accept Jesus but put him on a shelf with all of their other gods, so as to cover all of their bases. Because of this, we have heavily reinforced in our messages that Jesus is the ONLY way. We are glad to know that these new and recommitted believers will be discipled in this existing community. The fellowship was fed a meal afterward as well thanks to you! Here is a picture of all of us squished into one tiny room :). 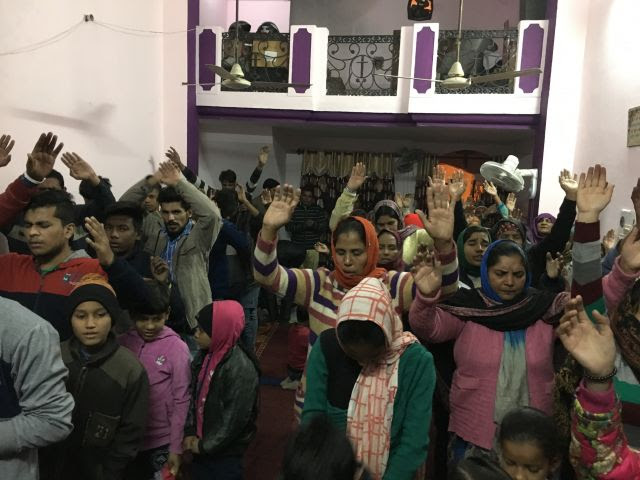 On Wednesday, we headed to a smaller village named Dhogri outside of Jalandhar. We were greeted with a typical Punjabi welcome that was very exciting (we will tell you more in person!). There were about 200 people in attendance, some believers and some nonbelievers from Sikh and Hindu backgrounds. We shared the same evangelistic message with them. This event got a little chaotic because many of the trained believers were not present and many people needed healing. Even through the chaos, God was gracious. At least 25 people accepted Christ after seeing many people healed. They were healed of various pains in their body (mostly back and leg pain). Another woman had improved vision in an eye that had a cataract. A man who recently had an operation on his throat was feeling pain was healed. Most notably, an older woman came up and testified that she had been using a hearing aid but no longer needed it after being ministered to! Sadly, we missed many of the other testimonies because many were shared while we were ministering ourselves. Afterward, the attendees also received a meal.”
m 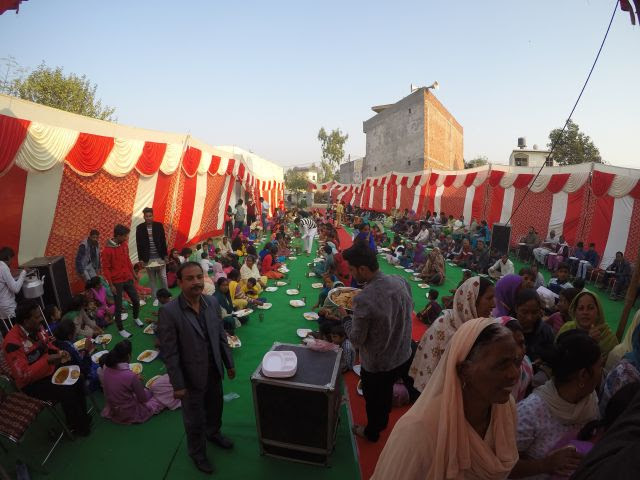