Persecuted believers and the miraculous in Orissa – August 2009

We spent two days with the persecuted believers and came to understand their situation and how they are living. It was very painful to hear about their present condition—thousands of people scattered after the severe persecution in different parts of India. But in this area people from two or three villages are staying together.

We had a group meeting before deciding how to help them. The leaders of the villages stood and shared their problem. They said that as uneducated poor people they used to survive by cultivating and farming. They had land in their village to farm but after fleeing their villages they lost everything to the Hindu fundamentalists who are now using their land. Nothing was there for them to survive on. So when will people help us? And they said that most of their young people have gone to the cities of India to work as laborers. None of them are educated so they won’t be able to get government or private jobs.

With many tears they said that either they will work here for their livelihood or plan on building their homes. They are uneducated and so what will happen to their children since they are having difficulty sending them to school. They are not getting any work there. There used to get rice from the government but the government stopped providing the rice. One sad thing is they have no graveyard. A few days ago a believer passed away but there was no place to bury him. They took the dead body to another Christian village ten kilometers away for the funeral.

This is the painful testimony from these persecuted believers. In this time of their need we have reached out to them to comfort and help them with basic building materials to build their homes. We purchased asbestos for Rs. 181000 (including transportation) and gave Rs.36000/- for corrugated aluminum and lumber for putting up their roofs. 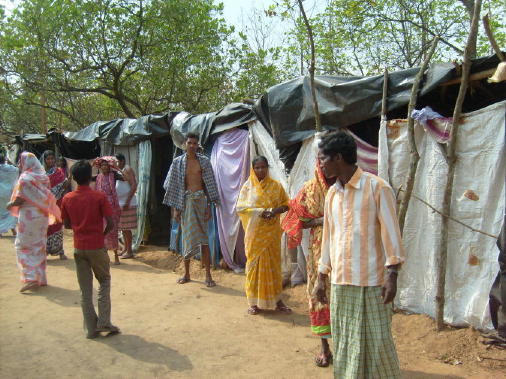 Above & below: believers living in temporary shelters 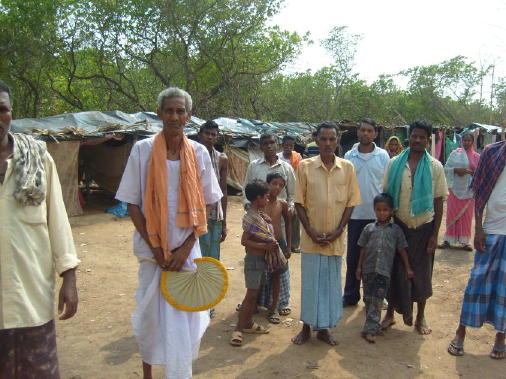 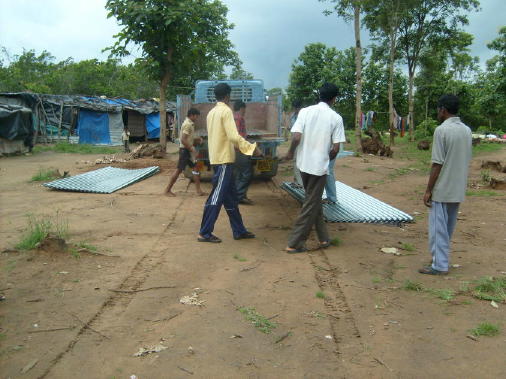 Above & below: corrugated roofing material arrives 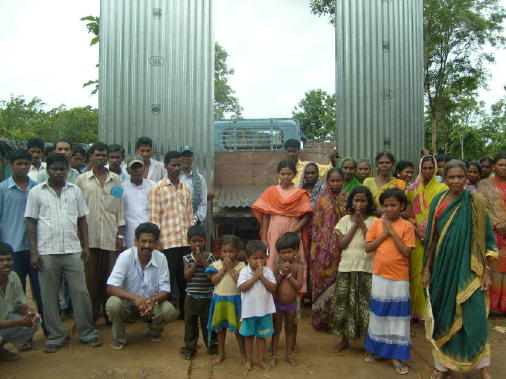 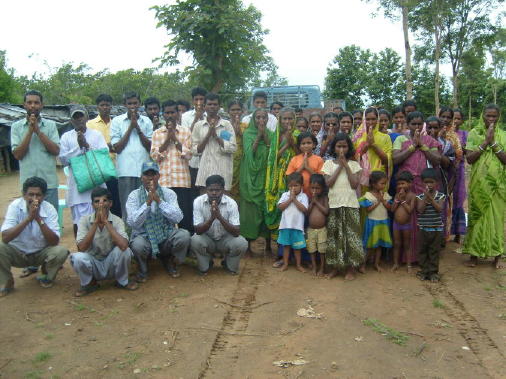 The believers are saying we have not met those who provided the funds for the building materials, but we can know Christ’s love through them. They greet you in the Indian way.

Man healed of head injury which caused loss of memory

Before our stay with the persecuted believers…

“We were supposed to hold a meeting in Bissumcuttack but because of the recent attack of the Maoists, our local representative evangelist did not feel secure. So we postponed the program to the month of September and relocated it to Gunpur which is forty kilometers away.

After our program I understood very clearly that God brought us here to minister to the needy people. There were many healings and miracles. But there was one heart-warming miracle which I would like to share with you.

A man named U. Jadarthan Rao is originally from Andhra Pradesh. He suffered a lot for the last six months because of a head injury. He had lost his memory power. He spent more than six lakhs (Rupees 600,000) for treatment but had not fully recovered. There is nothing impossible for our God who heals all diseases. God stretched forth his healing hand and touched him. He experienced God’s healing touch in his body and mind. Hallelujah! In the photo below, he is standing on my right side.” 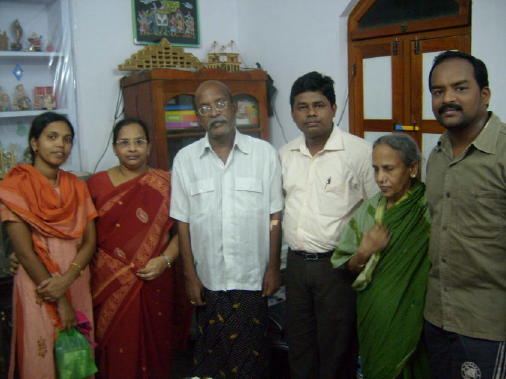 U. Jadarthan Rao is the older gentleman in the center