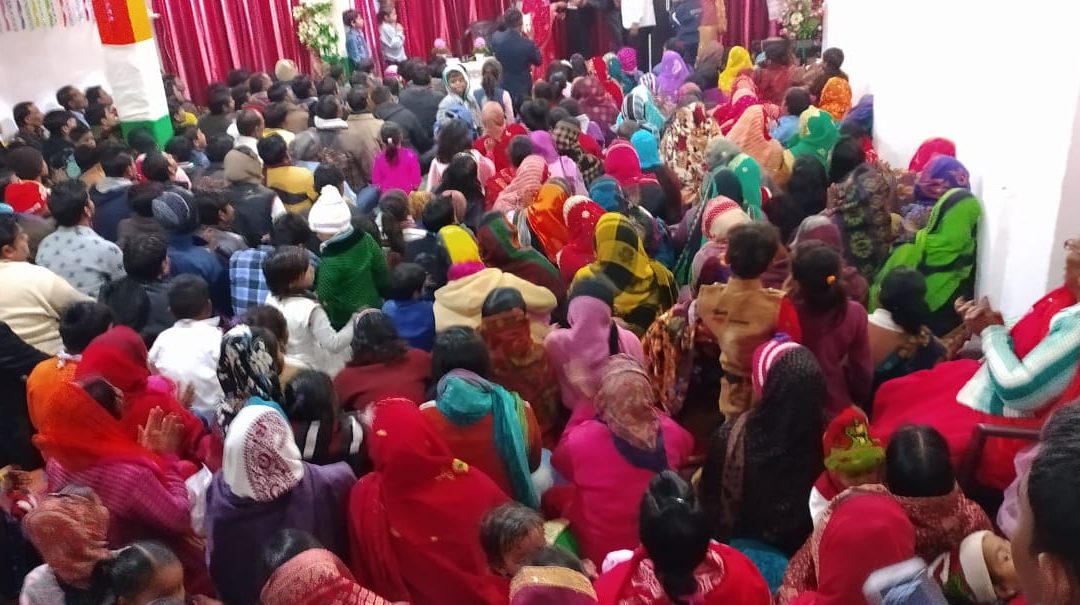 “Our February 2020 Elijah Challenge Evangelistic Event was organized by Pastor Manoj in Udyog Nagar. Pastor Manoj is uneducated, but very gifted. His ministry was transformed after he attended our Elijah Challenge Training in Delhi years ago. After that God began using him to minister healing to the sick in powerful supernatural ways.

Recently Pastor Manoj was in police custody for five days after being accused of false conversions. But three days ago he was released following a massive inquiry with the people who had come to Jesus Christ in his meetings. Every one of them testified that they had come to Jesus after receiving supernatural healing.

He recently organized an evangelistic event where over 300 people raised their hands to pray the salvation prayer.

Around 50 new families were added to his church after the Event.

Please pray for Pastor Manoj and his family.”
. Afterwards the people are fed