Over 800 receive Christ at Elijah Challenge Event in city dedicated to the goddess Kali; pastors had never seen such manifestations of God’s authority 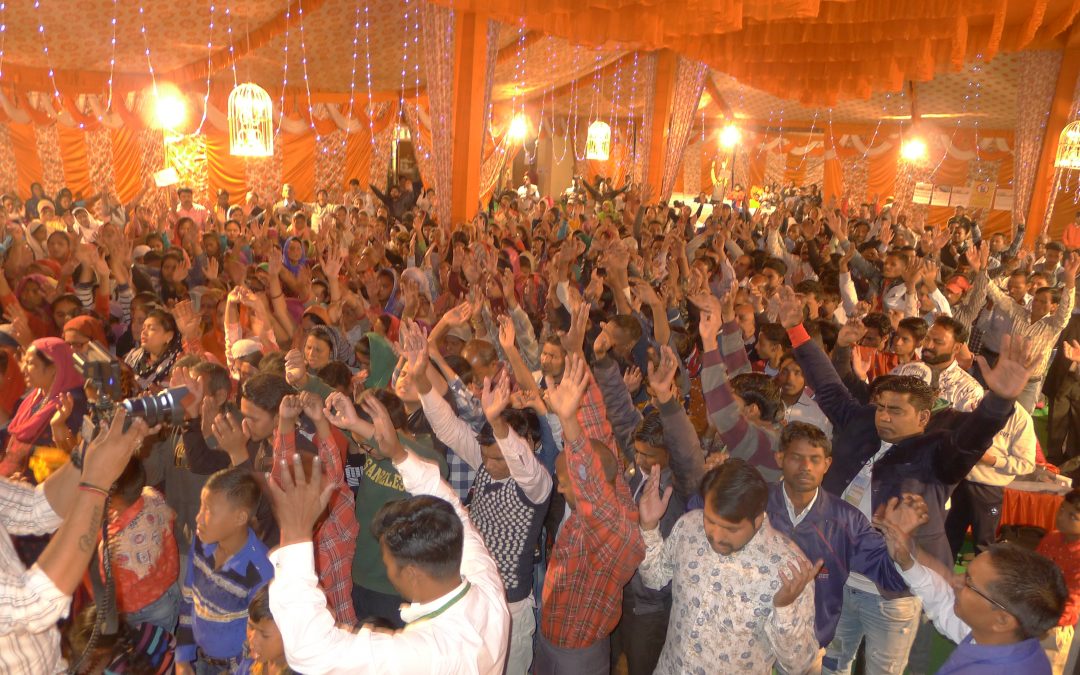 This gospel event was conducted by an Indian servant of God who trained with us and now hosts The Elijah Challenge Training in various cities in India.

“Our 1st Event in November was in Kalka, a city dedicated to the goddess Kali. Pastors from all denominations united together to organize the event. The mission was to invite people who had not yet heard the gospel. The place was packed with more than a thousand people. Close to 800+ raised their hands to pray the salvation prayer.

It was not possible to pray over each sick person individually, so with authority in the name of our Lord Jesus we ministered to all the sick and demon-possessed from the front. Hundreds were instantly healed, and demons were screaming as they came out of people. The pastors said they had never seen such a powerful manifestation of the Lord’s supernatural authority and power.

These are few of the outstanding testimonies among many others.

This event was organized by Pastor Sonu.

To our surprise, we met one pastor who got saved in our gospel event in early 2000. He was also trained by you and The Elijah Challenge, and now has the largest church in Kalka. We did an Elijah Challenge Training for his church to reach the city with the gospel. He comes from a high-class Brahmin family, and his name is Sanjay Kaushik.”