I. Of all the miracles God can do, why does He focus on miraculous healing? II. Did Jesus have a Bible School? 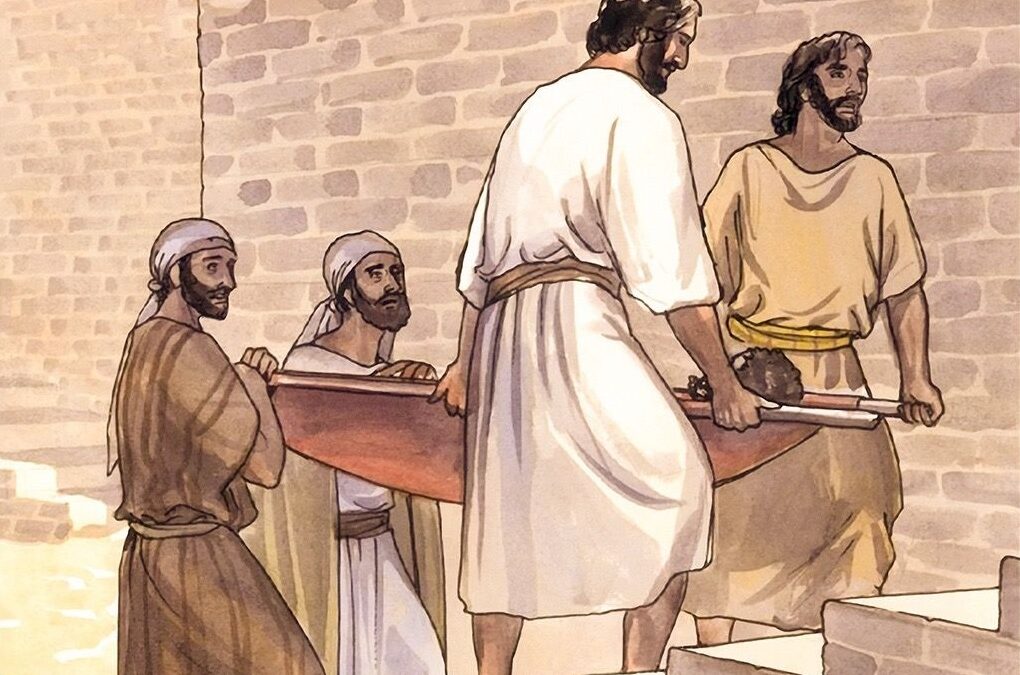 I. Of all the miracles God can do, why does He focus on miraculous healing?

Witchdoctors, sorcerers, and the like are most well-known for the supernatural curses they place on their victims on behalf of their clients. Such curses, mediated by demonic and satanic forces, are undeniably real.

However, the One True God who created the heavens and the earth reveals Himself very differently in the New Testament of the Holy Bible. Through His Son Jesus Christ who suffered and died on the cross for the forgiveness of man’s sins, God shows His abundant mercy toward sinners.

During his time on earth before Jesus’ crucifixion, his miracles focused solely on the good works of miraculous healings for the sick and infirm, and the casting out of demons from the oppressed. While on at least two occasions he multiplied food for the multitudes who had gathered, his miracles were predominantly for the benefit of the sick and demonized.

Why such a focus?

The miracle Jesus performed in Mark 2 sheds much light on this question.

Mark 2:1 A few days later, when Jesus again entered Capernaum, the people heard that he had come home. 2 They gathered in such large numbers that there was no room left, not even outside the door, and he preached the word to them. 3 Some men came, bringing to him a paralyzed man, carried by four of them. 4 Since they could not get him to Jesus because of the crowd, they made an opening in the roof above Jesus by digging through it and then lowered the mat the man was lying on. 5 When Jesus saw their faith, he said to the paralyzed man, “Son, your sins are forgiven.”

6 Now some teachers of the law were sitting there, thinking to themselves, 7 “Why does this fellow talk like that? He’s blaspheming! Who can forgive sins but God alone?”

8 Immediately Jesus knew in his spirit that this was what they were thinking in their hearts, and he said to them, “Why are you thinking these things? 9 Which is easier: to say to this paralyzed man, ‘Your sins are forgiven,’ or to say, ‘Get up, take your mat and walk’?

10 But I want you to know that the Son of Man has authority on earth to forgive sins.” So he said to the man, 11 “I tell you, get up, take your mat and go home.” 12 He got up, took his mat and walked out in full view of them all. This amazed everyone and they praised God, saying, “We have never seen anything like this!”

Upon a bit of reflection, we conclude that it is much easier for us to say to a paralytic, “Your sins are forgiven,” than to say to him, “Get up, take your mat and walk”. “Your sins are forgiven” consists of just words which pertain to the invisible realm of the spirit. There is no way to tell if our sins have been forgiven or not just by those words alone. But it is very risky and even foolhardy for one of us to say to a paralytic, “Get up, take your mat and walk”, especially before a crowd of skeptics. The “elephant in the room” is our near certainty that the miracle will not take place. And we will have made ourselves look very foolish indeed.

Therefore it is much easier to say to a paralytic, “Your sins are forgiven” and much harder to say to him “Get up and walk”.

Then in Mark 2 Jesus proceeds to perform that which is much harder to say. With an authoritative command he heals the paralytic before the astonished people—proving that he indeed has authority to do that which is easier to say: “Your sins are forgiven.”

When Jesus appeared, he demonstrated supernatural authority over disease and demons. By healing the sick and the demonized, he demonstrated that he also had authority to forgive the sin which was the very cause of sickness and oppression. Through his death on the cross, our sins can be forgiven. When he rose from the dead on the third day, he conquered death on our behalf.

That is why through His Son Jesus Christ God Almighty focused on miraculous healings in the New Testament.

II. Did Jesus have a Bible School?

No. So how did Jesus train his disciples?

He had his disciples follow him. Wherever he went, his disciples followed him. He went from place to place, preaching the gospel to lost sheep, healing the sick, and casting out demons as evidence that he was in fact the Promised Messiah. They watched as he ministered and learned to do what they saw him doing—including healing the sick miraculously and casting out demons. He would also have private gatherings with them during which he taught them.

That was how Jesus trained his disciples in the gospels.

Luke 10:1 After this the Lord appointed seventy-two others and sent them two by two ahead of him to every town and place where he was about to go. …9 Heal the sick who are there and tell them, ‘The kingdom of God has come near to you.’

That was how Jesus trained and equipped his disciples before sending them out.

He did not send them to an accredited Bible School where they would have to take a slew of theological courses in a classroom setting. He did not require them to write papers and take exams. He did not require them to graduate from Bible school or seminary, after which they could apply for an internship or to serve as a youth pastor at a local church in the city—where hopefully they could make a decent salary to support themselves and their growing families. He didn’t send them to a respectable Bible School where seated in a classroom behind their desks they would have no opportunities to learn to exercise supernatural authority and power over sicknesses and demons in the sight of those who did not know Jesus. He didn’t give them diplomas or certificates, or confer them any theological degrees.

Why is it so different today? It is mostly due to the teaching of the Nicolaitans which Jesus hates. Due to this practice, the Church has conformed to the culture of the society where she has been planted.

Is this reason why—since the early disciples passed from the scene—the Church is and has been generally ineffective in missions falling far short of what is recorded in Acts and fulfilling the Great Commission even after 2,000 years?

The point of this article is to argue that something is definitely missing in the training of today’s servants of God and harvest workers, especially on the Third World mission field.