Back to Elijah Challenge Reports from Germany 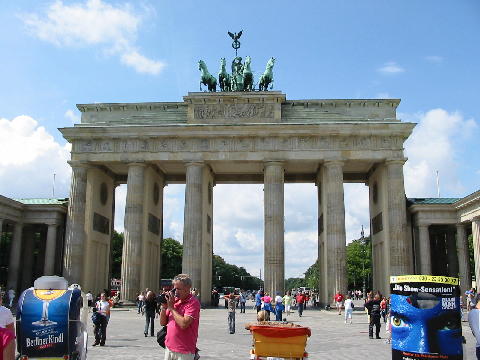 The Brandenburg Gate where President Reagan challenged Gorbachev:
“Tear down this wall!” 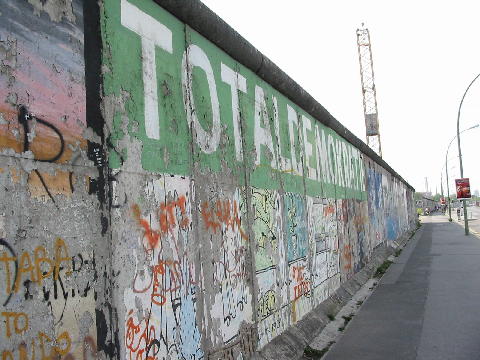 Above: The remains of the Berlin Wall 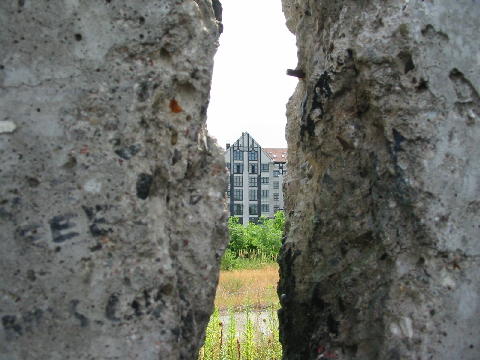 Peeking at the West through a crack in the Wall

The first meeting at the New Nazareth Church (Neue Nazarethkirche) with Pastor Johannes Matutis was extraordinary. This church is not an African or Asian or “ethnic” church, but a European German church of mostly educated Caucasian believers, sophisticated Berliners. One of the believers present was Andreas Wecker, the Gold Medalist in Gymnastics (Horizontal Bar) at the 1996 Olympics in Atlanta. At our special meeting announced barely a week earlier, nearly every seat was taken. Near the end of the evening we did the demonstration of healing. The miraculous healings as the believers ministered were unexpectedly powerful for this European setting. One woman who limped—staggered—forward with obvious pain in her knee was instantly healed as two sisters laid hands on her. There were many others who were instantly healed of knee problems as well. Two people reported restoration of hearing. The testimonies were many and glorious.

Our job here was to raise up an army for Pastor Johannes. He has ministered very powerfully in the streets of India and Pakistan and seen great miracles—up to 3,000 people have been healed in a single meeting. Now the Lord may want to use him and his “Gideon’s army” as a spearhead back in the land of the great Reformer Martin Luther. Germany has since grown spiritually cold since the fires of the Reformation began over 500 years ago (see the photos below). But we believe there will be one more fire in Europe before the end and the return of the Christ. 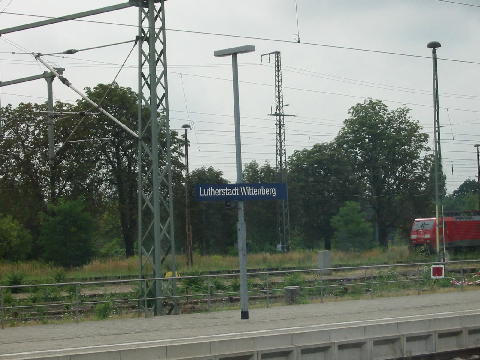 Above: passing through “Lutherstadt” also know as Wittenberg
Below: the steeple of the church in Wittenberg
where Luther posted his 95 Theses 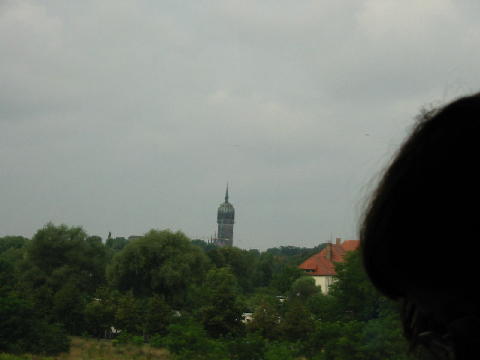 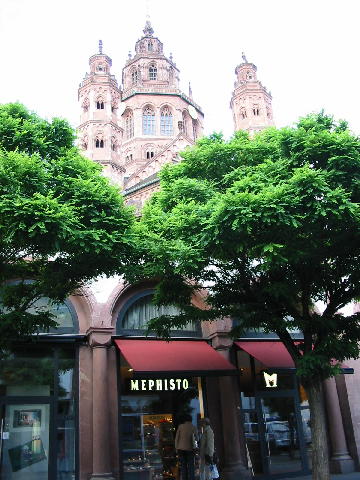 Background: the historic St. Stephan Lutheran Church in Mainz
Foreground: a store called “Mephisto”—a reference to the German tale
of Faust who sold his soul to the devil

The final meeting in the New Nazareth Church, with predominantly Europeans in attendance, was a wonderful victory for the Kingdom of God here. The gospel was preached from Mark 2 where Jesus healed the paralytic to prove that He had authority to forgive sin. Then we asked Jesus to heal the sick at the meeting to demonstrate His authority to forgive our sin and save us from judgment in hell.

The trained believers came forward, and after prayer, the infirm came up to receive the laying on of hands. The Lord multiplied the miraculous healings as the believers exercised their authority, and people came to the front to testify of what the Lord had done for them. It was quite exciting. One woman testified that she had been deaf and that she could hear clearly. When I gave the altar call for salvation, a young lady who had just a moment earlier testified of her healing raised her hand to indicate that he was receiving Jesus Christ for the first time. All of this happened not in an ethnic church or on the “mission field,” but in a German Church in Europe. The Lord is restoring the spirit of Elijah to His Church even in Europe.

Pastor Johannes was very excited and continued the evangelistic healing services the next evening with his newly-minted foot soldiers. He has already ministered very powerfully in healing services in India and Pakistan alone by himself, and now he has been given a platoon of infantry to lead into battle in his hometown in Germany. 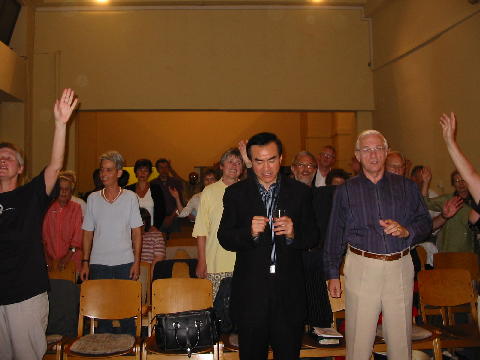 Above and below: Celebrating the victory for the Kingdom of God 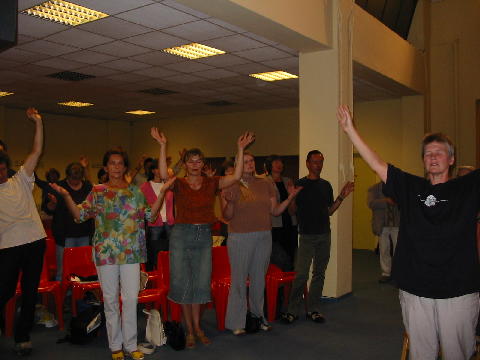 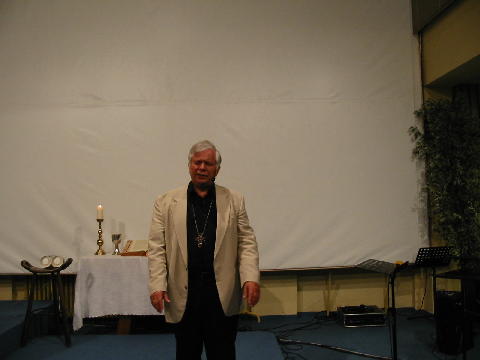