Miraculous healings at the Basic Training in Bhawanipatna – February 2010 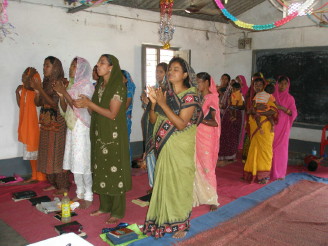 “Our Basic Training was very blessed and fruitful even though there was not much of a crowd. After the session was over an elderly man said to me that nobody has thought of this [teaching] for us. Pastors and evangelists were challenged to do more.

We received a phone call and pastors said those believers who attended the program are calling again and again to do the training program again.

The amazing thing that three Hindu families attend the service for healing prayer and they were blessed.” 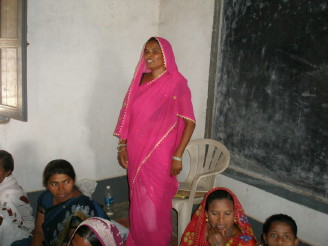 Sister Sanjita was from a Hindu family. She was suffering from so many infirmities, and after knowing Jesus she was still not cured. She was paralyzed and had never before stood up and walked. On that day while I was ministering to her she stood up and testified that God had touched her. Because of her healing her husband also came to Christ and confessed that Jesus alone is our God.

A few days later she called me again and said that she was completely healed from another major problem. She had been suffering from a problem with urination and needed a pipe for passing her urine. The day before she had taken out the pipe and she was able to urinate very normally. She received double miracles from the Lord! 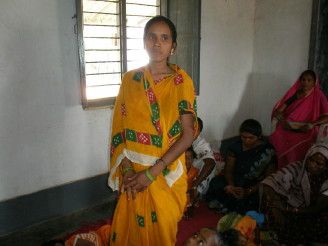 Sister Nayak was suffering from headache and body pain. She had said that she was not willing to come to our meeting because of her body pain. While I was ministering to the sick, she also stood up. I commanded the pain to leave in Jesus’ name, and she was touched by God and was healed. 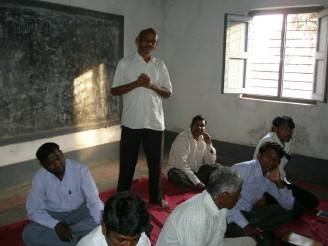 One sixty-year-old father came to attend the program but he never sat down before. When he came, he suddenly sat on the ground for the first time in many years. Not only that he received Jesus Christ into his life. Praise the Lord. 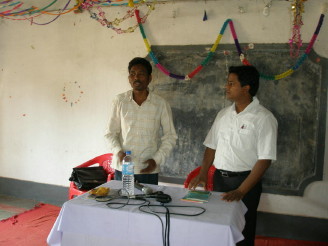 This brother had back pain for long time. Because of the pain he was not able to stand up even for a minute. As I was ministering to the infirm and commanding the pain to leave, the power of God touched him. At the next session during the hour-long worship he stood and praised God. He testified that God had touched him and healed him. 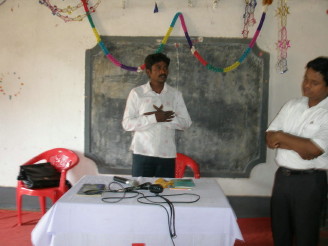 Brother Nagan had fallen from his bicycle and had chest pain. God’s hand touched him and healed him during the ministry time. 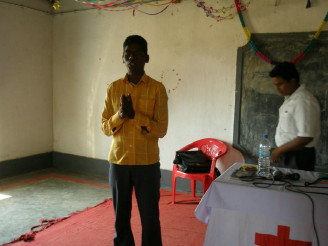 This brother was healed from chest pain.

“Today we completed our Elijah Challenge Basic Training in Bhawanipatna. This is one of my important training sessions. This is the first time so many pastors, evangelists, leaders and elders attended for the basic training on 27th & 28th. There were around eighty to ninety pastors and evangelists in attendance and the laymen and ordinary believers were over one hundred. Altogether there were more than two hundred delegates who gathered. Two pastors came from Rourkela which is 550 kms distant from Bhawanipatna. And two pastors came from the mountain region where we had our last year’s big program. In this way delegates came from various places.

The participants enjoyed the teaching and the method to win souls and the miracles were so much greater. I will send the report, miracles and photos soon.”