“Wherever we go the Almighty God is doing the mighty work through our ministries. When we go out to the field we see many people who are suffering from various problems. They are delivered from disease and also from other things. So many miracles have taken place but we could not take the photos to send to you. But surely we will send it in the days ahead.”

“Let me tell you little bit about my background. I am from a place called Gajapati, a very mountainous area. From Bhawanipatna (Kalahandi district) it is 250 kilometers. It is a fully tribal dominated district. God has brought me to Bhawanipatna (Kalahandi) to serve Him in the Western part of Orissa. According to a UN report the Kalahandi district is known for famine, starvation and the sale of children. It is in the hottest zone in Asia Minor.

I did my M. DIV. in Bangalore, an affiliate to Asia Theological Association. I have worked in Orissa for the last ten years as a teacher, pastor, convener and translator throughout Western Orissa. God has given us a special burden for the state of Orissa. In the same way my wife Rosy also completed her Master of Divinity at Tiruvilla, Kerala, an affiliate of Asia Theological Seminary. Now we are serving the Lord here in Orissa.

Let me just give you some brief highlights about the state of Orissa:

There are 30 districts in the state of Orissa. Bhubanaewsar is the capital of Orissa. It is known as the temple city of India. Orissa is the known as the soul of India. Two percent of the population in Orissa are Christians and most of these are Catholic and Lutherans. Baptism and conversion is banned by the government of Orissa.

Some incidents in Orissa which shook the world:

• Australian Missionary Dr. Graham Steward Stains and his two young sons were burnt alive in the district called Mayurbhanj.
• Catholic Father Arol Das was killed
• In 1999 five Christian villages in the district Gajapati were burned
• In 2007 a Mas persecution took place in the district of Kandamal.

In spite of all these incidents God uses His missionaries in a special way here.” 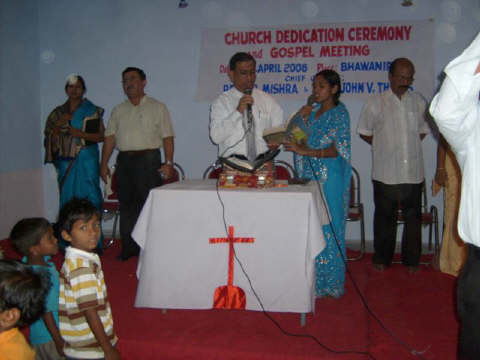 Rev. John Thomas and my wife Rosy singing during the Church inauguration ceremony 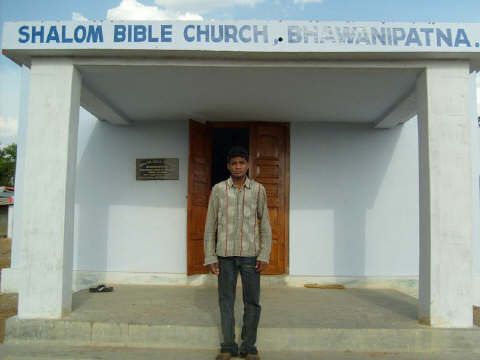 Kailasha Chatria is 24 years old and from a Hindu family. Someone used witchcraft and attacked him with seven demonic spirits for the last two years. Kailash’s family took him to many doctors and spent 150,000 rupees (about US$3,500) for his treatment. But nothing worked out. After we ministered to him in Jesus’ name the Almighty God healed him completely. 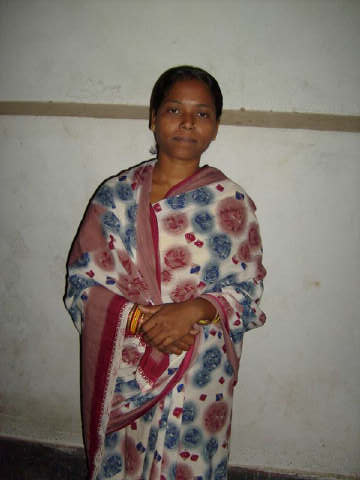 Mrs. Sital Rout is from a Hindu family. From time to time over the last ten years a demon spirit would attack her. During such occasions she could not even recognize her daughter; she would shout and jump around. We fasted and prayed for three days for her, and after we ministered to her she was completely healed. 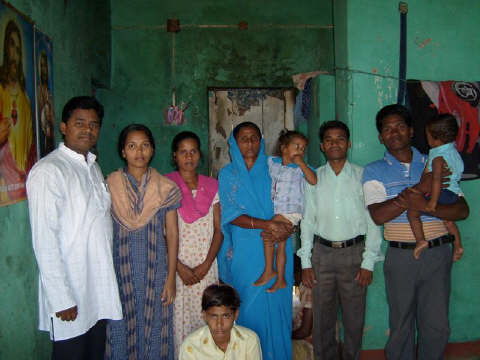 Puja is in the center wearing blue. She was suffering from fever one day on her way to our church and she fell down unconscious. When we ministered to her she woke up and attended the service. 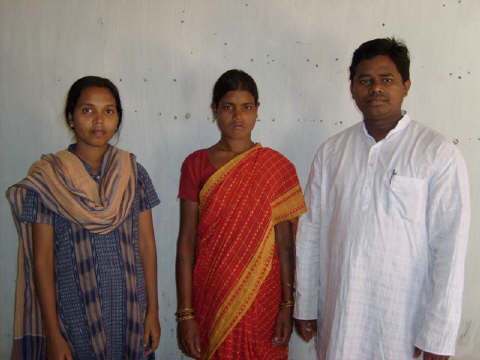 Mrs. Ratna Sirka (center) was attacked by a demon spirit and also suffering from a headache. By the grace of God she was healed after we ministered to her. 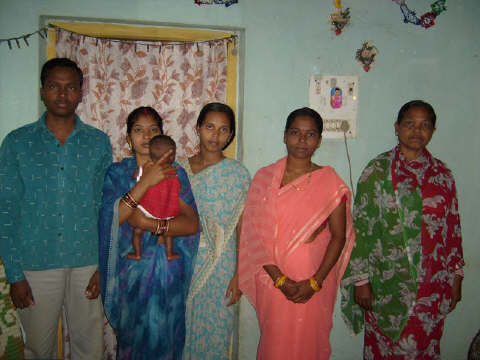 In the photo above are Choto, Manju, my wife Rosy, Sital and her mother. This family is from a Hindu background. They used to worship idols and give sacrifices to their gods. Still they suffered from many problems and sicknesses in their life. But when they witnessed the miraculous deliverance of Sister Sital they believed in the Lord Jesus Christ and came to the church for ministry. The Lord Jesus healed all of them. And they all received the Lord Jesus Christ as their personal Savior. 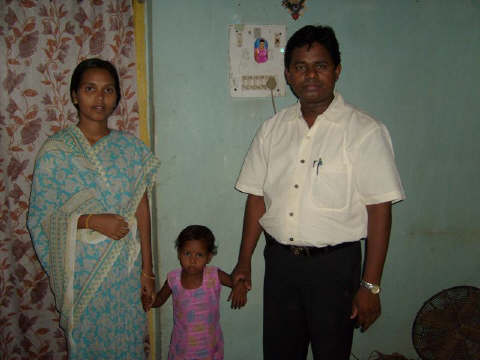 Little Mickey suffered from malaria for many days. She was healed by the power of God. 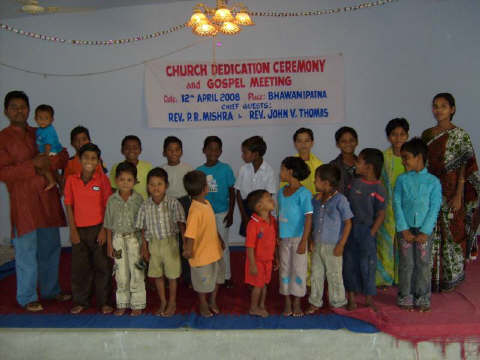 “We were very much busy with the Lord’s works in the different villages in the state of Orissa. We have seen the mighty work the Lord did through us. In these days we are getting much contact from Hindus. People are calling for prayer and deliverance.

I am giving very much importance to healing ministries because I feel it is always needed in Orissa. So all our trained co-workers are doing the ministries tremendously. Please pray for our ministries so that we may win the Orissa people for Christ. When we go around to the villages we see people want to see and experience the manifestation [of God’s power] in their life.

This coming November 2008 we are planning for a larger crusade where aboout twelve thousand people will gather together in the state of Orissa. This will be our big crusade of Shalom Ministries.”