Years ago Pastor David, when still a student, translated for Brother William in an historic Crusade in Asia as well as later in Elijah Challenge events in California where David attended Seminary. On Christmas Day 2008 Pastor David held a Crusade in the same city where he had translated for Brother William. Before the event, other disciples trained by David ministered in the streets, hospitals, and marketplaces. Below is his initial report: 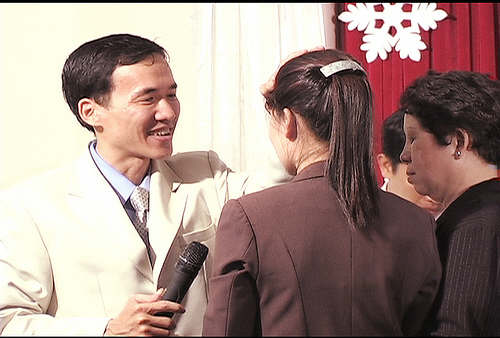 “It was you whom the Lord used to raise up many people in this healing move of God, of whom I am one! Thank you for being faithful to the Word and for training me!

There were many cases of asthma, heart disease, liver, stroke, some kind of brain cancer healed. Three cases of deaf ears opened. A few cases with spine problems healed, three or more cases involving people who could walk again after not being able to walk well beforehand…I forgot what else.

I watched the DVD to get a better look at what happened, for it happened so fast.

Around 100 souls were saved. We contacted some after the event, connecting them to pastors of local churches near where they are living. Some are now worshiping with believers.

Even before the Crusade, the pre-event people did a good job, and reportedly from just two staff people, we had at least 35 converts out in the streets as they went out giving the Jesus’ film and ministering to the infirm. Strangers heard about these people who were being healed in the streets, hospitals, market places screaming happily because they were healed, and the strangers themselves came asking to be ministered to, and they accepted Jesus.

A few of our staff people are still out there in hospitals and the streets as the Holy Spirit leads them, ministering to the sick and saving the lost for Jesus. This morning they SMS-ed me informing me that three souls were saved. What a work that is going on here in Vietnam…HALLELUJAH!!!”

However, listen to this great news.

A Christian doctor who was a skeptic used to mock this kind of healing thing as fake, set up by Christians. For some reason he was there (quite a few people for “some reason” were there, some even reluctantly, yet were healed). So this doctor was there—and he was HIV positive. After that night, he got home and tested himself as he is a doctor. The result of his test was NEGATIVE. God is so merciful. And so GREAT!” 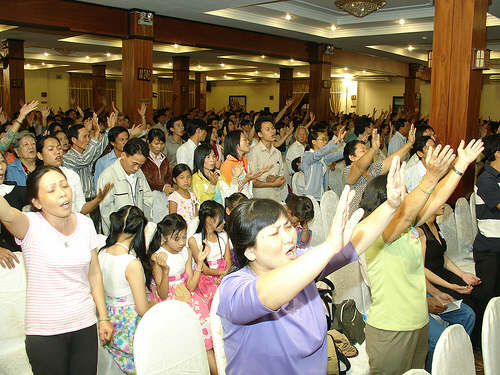 Above & below: About 1,000 people gather for the Crusade 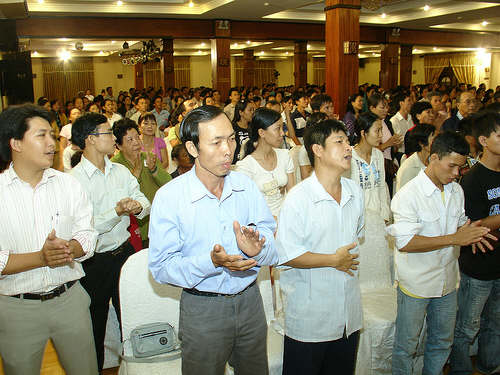 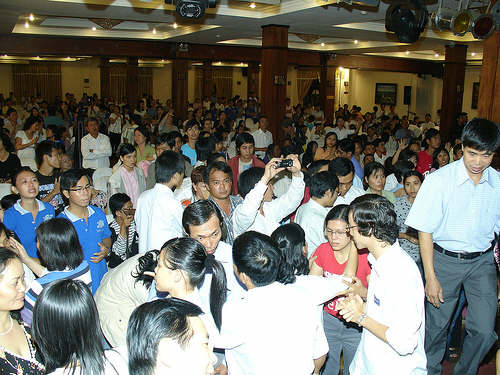 Above & below: ministering to the infirm through the laying on of hands and through the authority given by Jesus Christ to His disciples 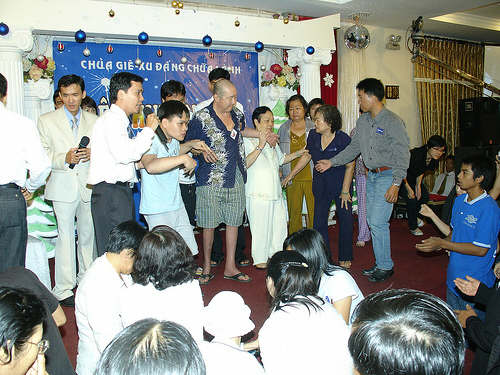 Above & below: those who are healed line up on the stage to testify 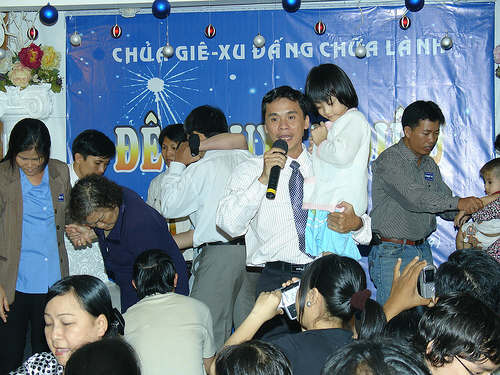 Through the testimonies, Jesus Christ is greatly glorified 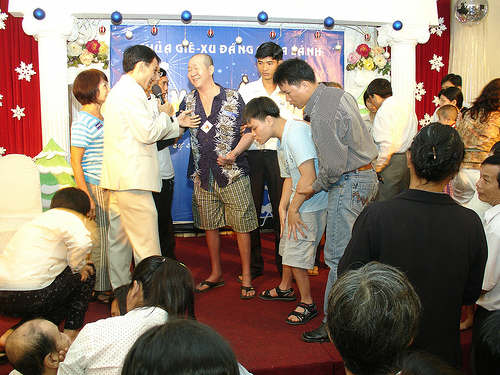 After hearing the testimonies and the gospel, about 100 accept Christ