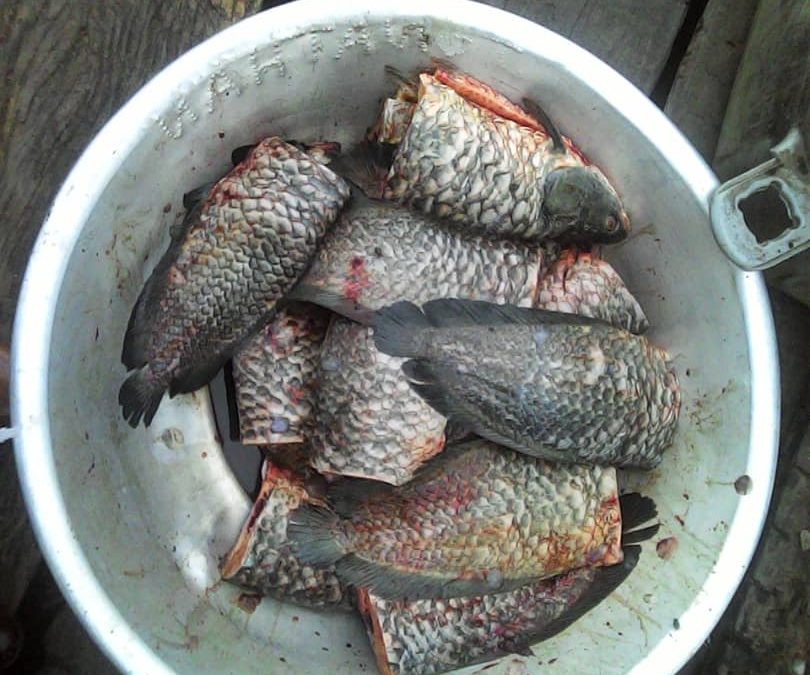 Received from Elijah Challenge-trained Coordinator in Cameroon Ngum Peter in November 2019. Brother Ngum was discipled by former Elijah Challenge Trainer Alan Robinson who is now gloriously present with the Lord.

“I had made prophetic declarations with drinkable fresh water in my hand. I had told a brother to bring saltwater from the sea. As I prayed and issued the declarations I was led by the Spirit to pour the drinkable freshwater into the vessel containing the saltwater from the sea.  I declared that it will be well with the sea, and it will be blessed with fish in Jesus’ name. Then I told the brother to go and pour the freshwater mixed with seawater into the sea.

I quoted 2 King 2:19-22 for the people (who are called ‘wetlanders’) where Scripture records that Elisha put salt in a bowl, threw the salt into the spring and said the Lord said: ‘I make this pure.’ In the same way, I poured the drinkable freshwater into the container with seawater in order for the sea to be blessed with fish. After the prayer and prophetic declaration, I returned to my station.

All the people living on the island are Nigerians while I am a Cameroonian. Whenever I go there I go as a missionary to the island. One week later when I was going for a Church program, everyone I met on the way there was telling me about the miracle of the fish. According to the islanders, a few days after I had prayed and made the declarations all of them had a lot of fish for days! The time of hunger they were going through ended. Many also sold a lot of fish and paid off all their debts, and had some leftover for their families. They told me that it was like the manna that God had sent in the days of Moses.

Usually the islanders must go kilometers out to the sea where the water is deep, spending days and nights just to catch a few fish. But after the prayer and prophetic declarations the fish swarmed to the shallow water by the shore where the people lived. They didn’t have to buy petrol for their boats to go fishing way out at sea as usual.”
.

“One week later, I heard their testimonies…

Below are the ‘smoke fish’ the islanders brought to the altar as a sign of Thanksgiving.” Bringing fish to the altar as a sign of Thanksgiving 2 Kings 2:9 When they had crossed, Elijah said to Elisha, “Tell me, what can I do for you before I am taken from you?” “Let me inherit a double portion of your spirit,” Elisha replied.
.

Please pray for the nation of Cameroon

Brother Ngum: “Dear Servants of God, this is a prayer request from a heavy heart. Please join me in praying for the solution and peace with regard to the escalating crises rocking the two English-speaking regions of Cameroon. It is not only a crises, but full-scale civil war between the majority French-speaking districts and the minority English-speaking districts of Bamenda and Buea which want independence. Since 2016, schools and companies are closed. Many lives and properties are destroyed and so on. Please pray…with God all things are possible.”
.