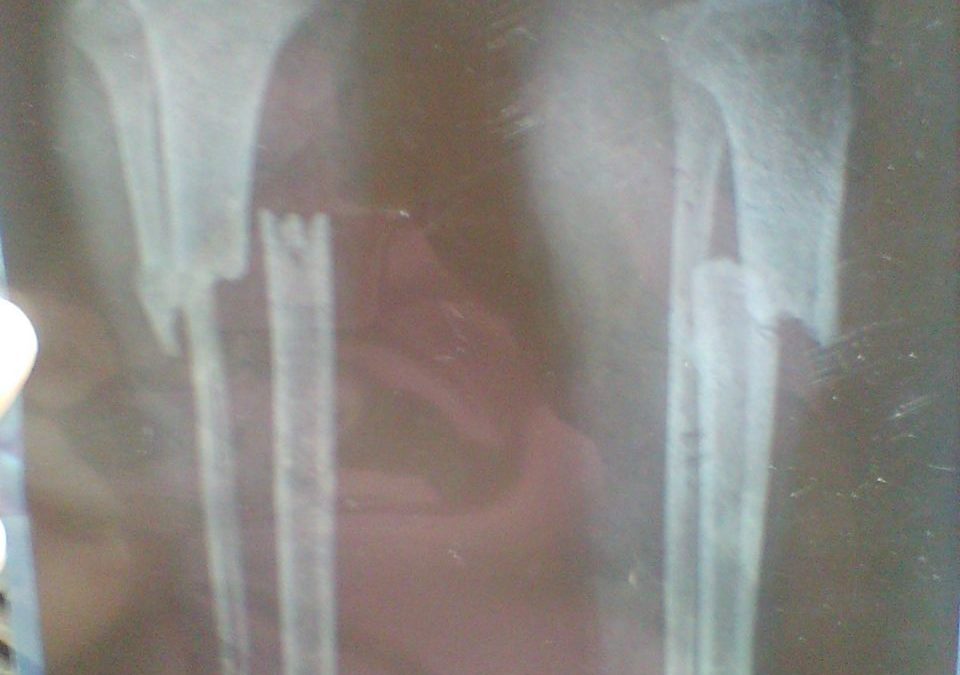 Hemant Meher belongs to a high caste Hindu family—coming from one of the unreached people groups in India. In a severe accident both of his legs were completely broken and fractured. See the x-ray of his legs following the accident.

Hemant was laid up in the hospital for months. Afterwards he could neither bend his legs nor get up and walk. He had heard about what the Lord Jesus Christ was doing through His disciples, and in desperation asked us for help. As we ministered to him in the name of Jesus Christ, our gracious Lord miraculously healed him. He stood up and walked. He and his high caste family believed and accepted Jesus Christ. Glory to God! .
“I have received a very encouraging report—one of our trained believers (not one of our full-time workers) took the gospel to a Hindu village and two powerful miracles took place. One man had not been able to walk following a stroke. He was completely healed. A woman suffering from demon possession was delivered. Many then accepted Christ in that village. We are believing that the 49 families who live in that village will come to Christ.”

New believer teaches The Elijah Challenge; demon flees from him

.
“One of our believers accepted Jesus Christ last December 2019. Recently he himself had the opportunity to teach The Elijah Challenge Training. Yesterday he shared with me an incident in which he noticed a demon-possessed man. He went to minister to the man, but the demonized man ran away from him. At that very moment the demon also left the man. Our new believer is so encouraged by such experiences he is having in the Lord.”

“The man below was sick for a few days and one day his condition worsened and became very serious. He was no longer conscious. Over the phone, we ministered to him in the name of Jesus. Our Lord touched him, and he woke up, healed. He has accepted Christ.”
.