Other events with Lucy

Videos of this Training Event 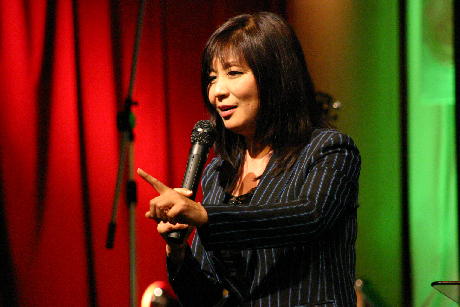 After completing training for four churches at Life Centre (under Pastor Ben Irawan) in Sydney, Lucy led an Evangelistic Healing Crusade where the gospel was proclaimed clearly and the trained believers ministered to the sick. 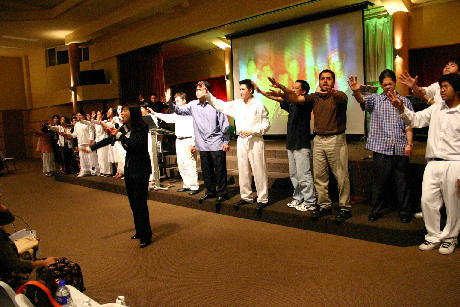 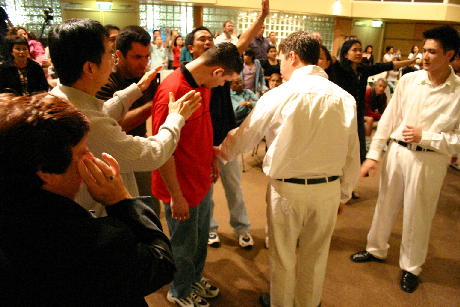 Trained believers minister healing through laying on of hands

Many miraculous healings took place as the believers she trained exercised their authority over disease and demons. Among other miracles that took place, a deaf person’s hearing was restored. An Arab Musl__m family came to the meeting; the son’s name was Jihad and his mother wore a Musl__m veil over her hair. Jihad testified that during the time of ministry he was healed of his painful kidney condition. Afterwards his parents and he happily professed faith in Jesus as Lord and Savior. 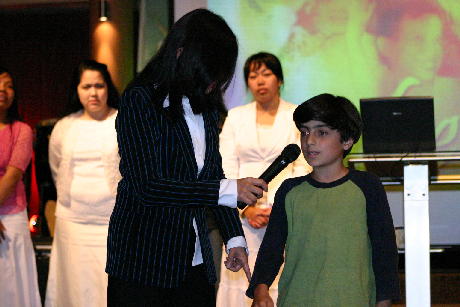 A testimony of healing 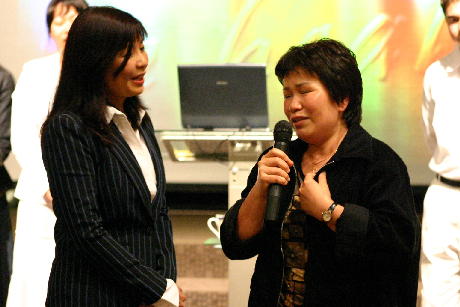 Woman testifies Jesus has healed her

There was much excitement and rejoicing among the saints. The name of Jesus was highly exalted. One Catholic woman told Lucy that she had been to other healing services but had never before experienced such an intense meeting. The four churches have been equipped to heal the sick for proclaiming the Kingdom of God to the lost. 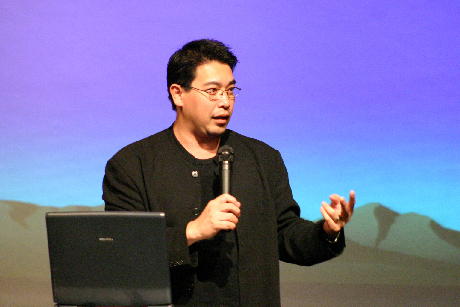