The infirm are healed and testify at Northwest Chinese Baptist Church 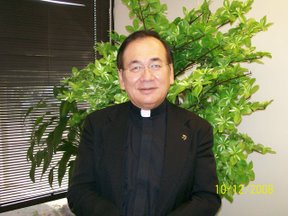 We were invited by Pastor George Lai to minister at the Northwest Chinese Baptist Church in Houston at a Sunday morning service in February 2009. We taught from John 14:12 where Jesus promised that those who believe on Him would do the works that He did. Among the works that He did were preaching the gospel, healing the sick, casting out demons, and making disciples.

That morning we taught the believers how Jesus healed the sick and cast out demons from Luke 4:31-41. In those verses we discovered that Jesus in fact did not pray for the sick, but rather He healed the sick using the authority which the Father had given Him when He was anointed by the Holy Spirit at the Jordan River. He did not pray to the Father, but instead issued authoritative commands to the infirm, the infirmities and demons.

I asked for believers to come to lay hands on these people and minister healing to them after the model of Jesus. When everyone was in place, I led the believers in issuing authoritative commands to the infirmities to leave and for the people to be healed in the name of Jesus Christ. Afterwards I asked who had been healed, and Pastor Lai came up to me. His knee had been completely healed, he testified, and he demonstrated it with a few robust kicks into the air. Two others testified of being healed as well. Some who were not healed raised their hands to indicate that their condition was better than before. After we ministered in the same way a second time, more people testified that they were healed. One middle-aged gentleman who was suffering from pain in his foot due to neuropathy was walking back and forth and could no longer find the pain. A younger brother named Steve could not testify at that time because he first had to be examined by his doctor before he knew if in fact the Lord had healed him of his infirmity.

At the end of the service I challenged the people to obey the Lord’s command to heal the sick and proclaim the kingdom of God to the lost (Luke 10:9). I told them that the authority over disease and demons which had just been dramatically demonstrated was not meant to be used as a formula for long life and good health for themselves, but rather for preaching the gospel to the lost. Following the powerful model that I had seen with the Visitation of God in Brazil, I challenged them to go door-to-door healing the sick and sharing the gospel of Jesus Christ with other Asian people. They accepted the challenge. 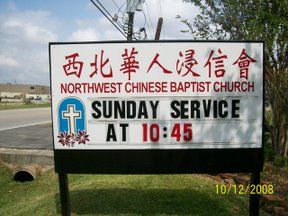