Miracles in the Ramagiri Relief Camp

After the Tundruma Program, we went to the Ramagiri Relief Camp where we ministerethe second time.

It was the plan of God that we could able to go and spend the time over there with our brothers and sisters. They were eagerly waiting for us. God used me in the way that He wanted to. It was wonderful ministry. I can say God did marvelously beyond my expectation the things which supposed to be.

It is true that the persecuted believers deserved to be filled with the Holy Spirit, to receive the Lord’s healing touch, and also to experience His mighty presence in their life. And these all happened there when we ministered to them.

We all together worshiped for few times. Then afterwards I gave the message. While I was sharing the word of God, I could see tears from many of the believers. I asked them how many of you believe that you going to receive the Christ and His healing touch in your life? So many raised their hands. And I started to minister to them.

There were hundreds of healings and miracles which took place. More than four hundred of these people raised their hands to indicate that they were receiving the Lord Jesus Christ for the first time in their lives.

These are the photos in which they are giving testimonies how they experienced the Lord’s healing touch in their lives. 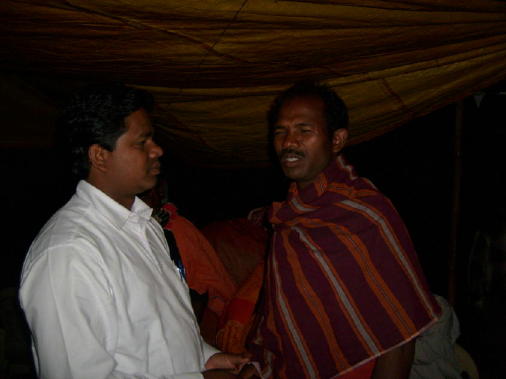 1 — Brother Satya was suffering from fever for many days. He had pain in his body. Very painfully he attended the meeting on that day. But the power of God was revealed and he was healed. 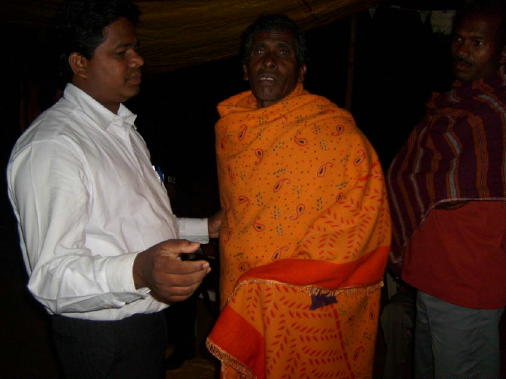 2 — This old man named Bhaskara was suffering from knee pain and for a few years he was not able to stand and walk. He received the healing touch from the Lord Jesus Christ. 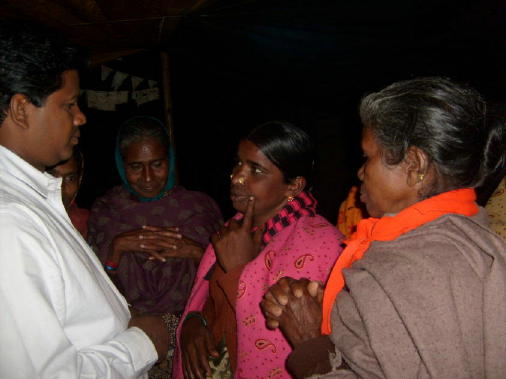 3 — Sister Dukhia was suffering from pain in her teeth and she had spent more than Rs 10,000 but no relief had taken place. She said, “today in this meeting the power came and touched me and I have no pain at all.” 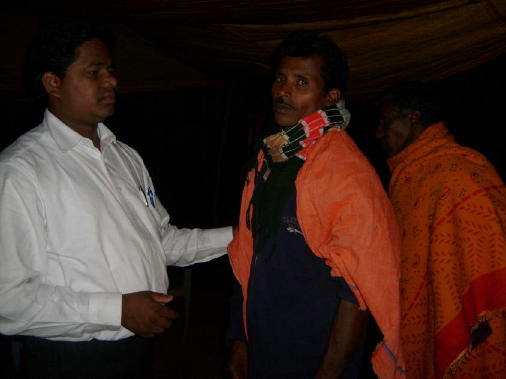 4 — Nohoson Lima was suffering from back pain for so many days. He was not able to bend but at that moment God touched him and he was healed completely. He could bend so obviously. 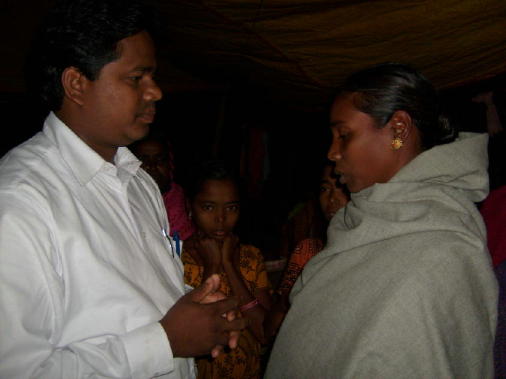 5 — Sister Shiba Mishal is a widow had a painful heart and along with that the physical infirmity. She had boils on her entire body. With much expectation she came for prayer, and by the grace of God she was healed. 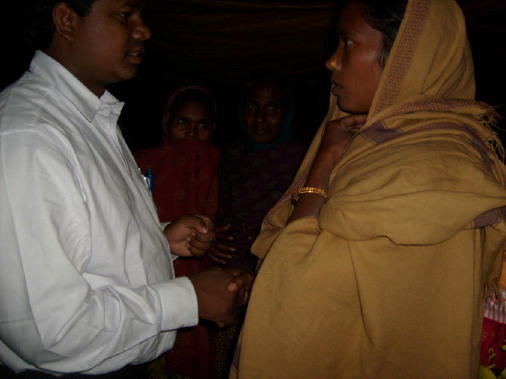 6 — Sister Promodini Mali was suffering from a thyroid problem for seven years. She tried everything to be cured but nothing took place. On that day she asked me to minister to her. When I laid hands on her and ministered to her, she received a healing touch from above. 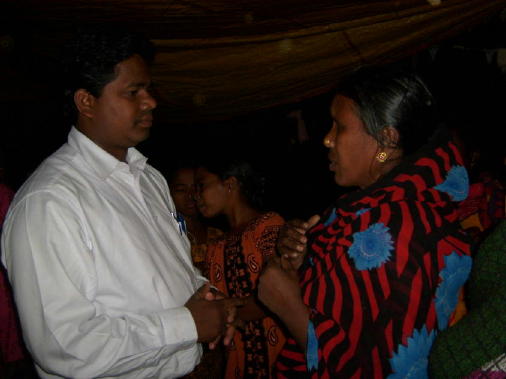 7 — A grandmother named Amodini Mishal was suffering from fever as well as from body pain since the beginning of the persecution. She is a widow. At our first meeting she had received the Lord’s healing touch and the body pain was no more from that day. But when she gets feverish she gets the pain again. She is testifying that she was healed today by the ministry of Pastor Subodh and by the grace of God. 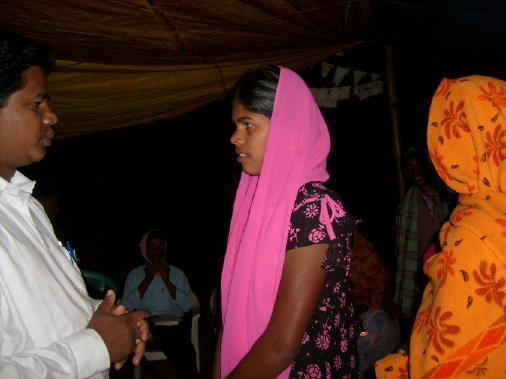 8 — This young sister named Suni Mishal experienced a wonderful miracle in her life. For almost four years she had longed to be filled with the Holy Spirit and that was the moment she was touched by the Spirit. She needs more prayer for strength and also to grow in the Holy Spirit. 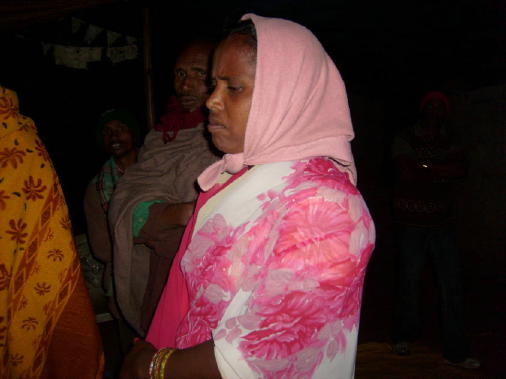 9 — For three years Sister Abani Mali was suffering from a migraine headache. She had tried so many medicines like Ayurvedic, Allopathic, etc., but none of them cured her. After ministry she felt the healing touch of God. 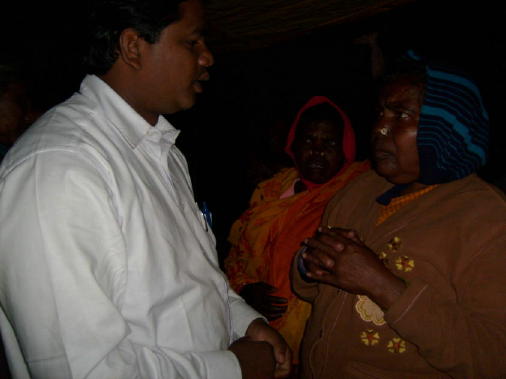 10 — Grandmother Nistarani was suffering from high blood pressure. For long days she struggled a lot physically; she was not able to sit or wake or anything else. But God touched her and she was healed. 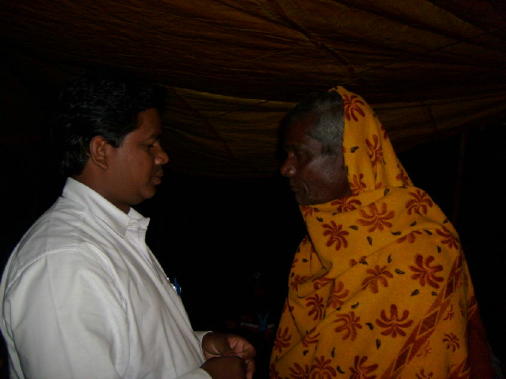 11 — Grandfather Amiya was suffering from asthenia for two years. He is a poor man. Because of a financial crisis he could not go for treatment in a good hospital. But by faith he waited to get a healing touch from God and by his faith he was completely healed. After ministry he was testifying about the touch he felt. 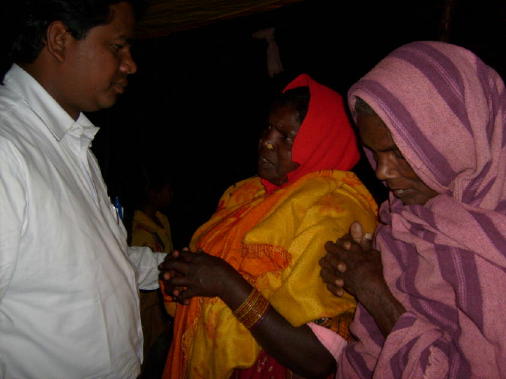 12 — Sister Arfa Pani was suffering from leg pain. She was not able to walk or work because she was in bed just like she was paralyzed. But for the meeting she came with the help of one mother who stood near to her. Miraculously she was healed by the healing touch of God. 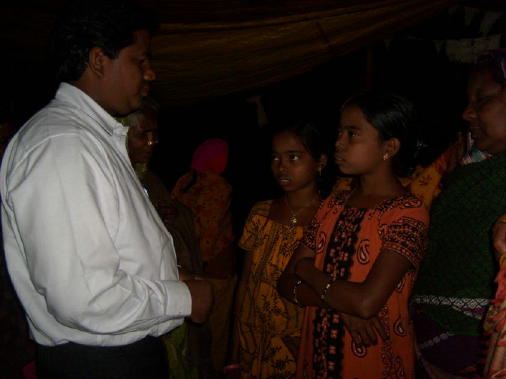 13 — Rinkey and Pinkey are two sisters. The elder one Rinkey (right) brought her sister Pinkey (left) to the meeting. She was suffering from sicklin (blood loss) for a few years. Thank God that He touched her and healed her at that very moment. 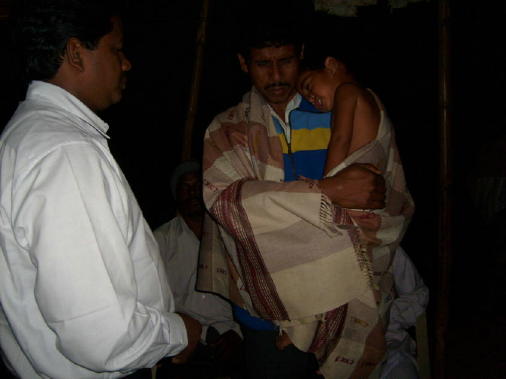 14 — This little boy named Babuna unfortunately became afraid and cried outloud bitterly. His parents were so worried about it. They thought he was crying because of a devil attack. But he was miraculously changed during the meeting. Praise the Lord. 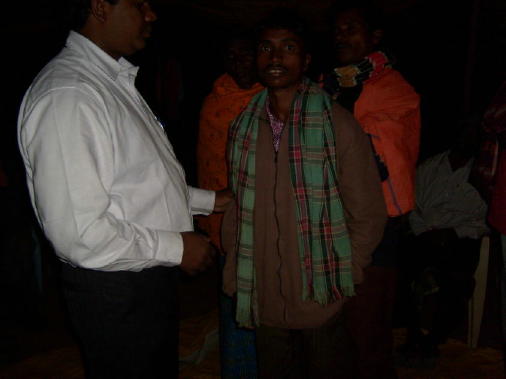 15 — Andri was suffering from chest pain that lasted one year. He spent thousand of rupee for medicine. He went to several hospitals because he was having much problem due to this. He was not able to breathe and walk, etc. But the Lord healed him.

There were many more healings and miracles that took place both inTundruma and the Ramagiri Relief Camp.

Praise God for His work. Please pray that in the coming days thousand and thousand of people should come to Christ through this ministry. Once again we thank you very much for your special prayer and help for the Orissa ministry .