The Senior Pastor of Encourager Church is Bob Phillips. He was the co-founder along with David Wilkerson of Times Square Church in New York City, and after that was a pastor on the staff at Brownsville Assembly of God in Pensacola, Florida.

Brother William was invited by Pastor Phillips to holding the End Time Model of Evangelism Seminar for the congregation on Saturday, March 4. At this Seminar believers were trained how to heal the sick like Jesus did to prove the truth of the gospel to the lost. This equipping was climaxed at Evangelistic Healing Services in the two morning services the following day on Sunday where the Lord would use the believers to heal the sick in public.

The Sunday meetings, especially the second service, were glorious. The Lord graciously anointed Brother William to preach the gospel clearly and concisely. He then asked the trained believers to come to the front to heal the sick the prove that the gospel was the truth, and that Jesus is the Son of God and the only way to the Father. The Lord graciously did quite powerful miracles as the nameless and faceless believers exercised their authority over disease and demons. One by one people who had experienced God’s healing grace through Jesus Christ climbed up the steps to the platform to give God glory for what the Lord had done for them. It was one of the most powerful meetings Brother William had ever experienced in an American church.

One woman testified of lumps disappearing from her body as hands were laid on her by a trained sister. A sister who for many years needed to drag an oxygen tank around with her for breathing was able to breathe freely without her tank immediately afterwards.

A sister named Pat had been suffering from severe lymphoma. Among other things, it had given rise to horrible lumps on the back of her tongue. Because of them she suffered pain when swallowing. That Sunday Pat went forward during the ministry time. Some nameless, faceless believer laid hands on her and exercised her authority over the infirmity in Christ’s powerful name. Immediately Pat was able to swallow without any pain. She went forward and publicly testified of what the Lord had done. See below for a photo of Pat testifying.

“Just so you know–Pat had awful lumps on the back of her tongue–she has been dealing with lymphoma–big time–she went up for prayer last Sunday. Well, Monday she went in to the doctor’s office expecting him to cut them out of her–he looked in there and said–what medication have you been taking?? They are gone!! All you have is a little something in the back–not anything to look at—praise God!! Thanks you Jesus!! This is really close to my back door–we have been praying for this lady for years. Praise God!”

God’s people rejoiced at they witnessed the miracles performed by the Lord through His “nameless and faceless” people. No celebrity evangelist was present. The Encourager people have been equipped; a powerful army has been raised up according to Ezekiel’s vision in Ezekiel 37. The best is yet to come as this army makes plans to invade the devil’s territory in Houston and take souls for the Kingdom of God.

The photo essay below is a melange taken from both Sunday morning Services. 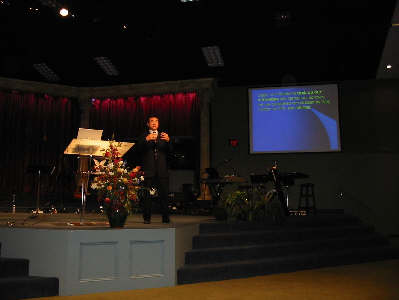 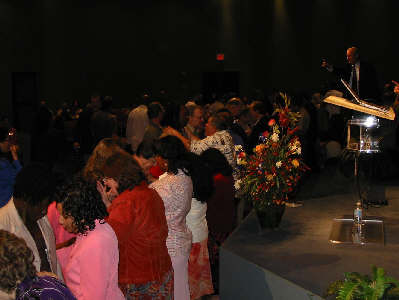 Believers heal the sick to confirm the truth of the gospel 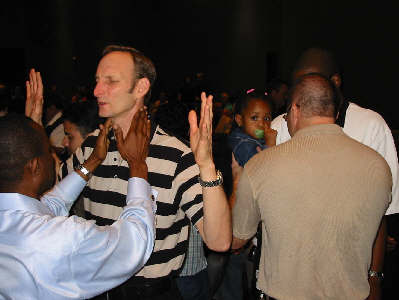 …laying hands on the sick 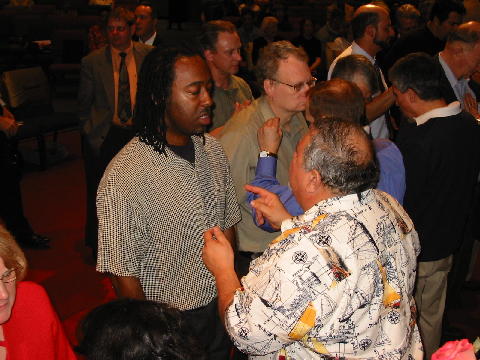 …exercising the believer’s authority over disease and demons 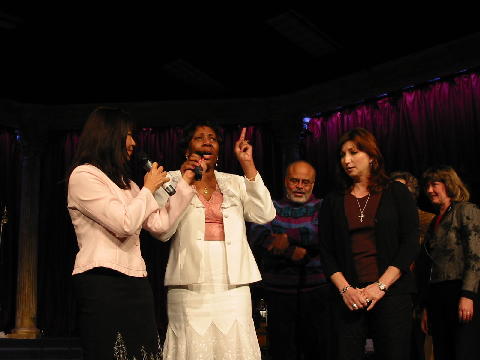 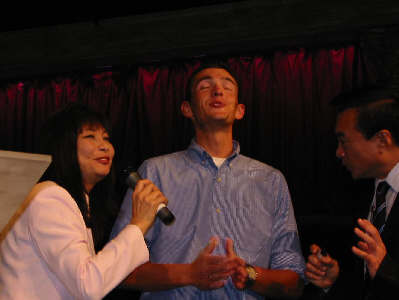 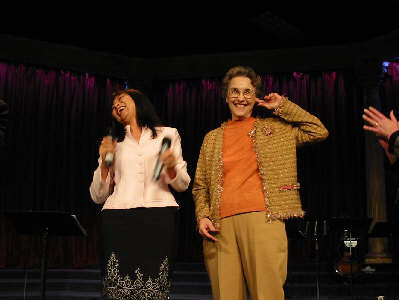 Her deaf ear was opened and she could hear through it 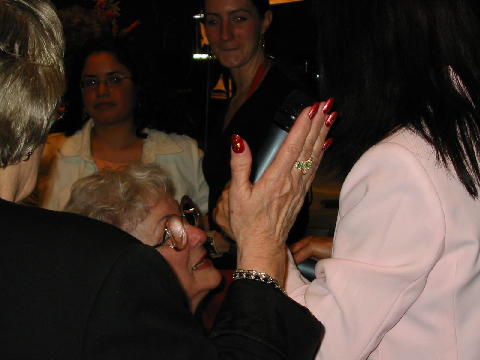 Pat testifying that she can swallow without pain; her doctor verified the next day that lumps on the back of her tongue had vanished
(see the testimony above) 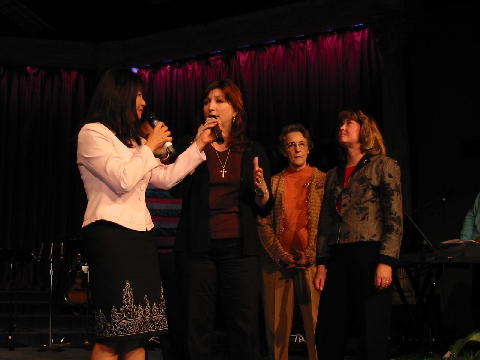 Many more testimonies of healing….. 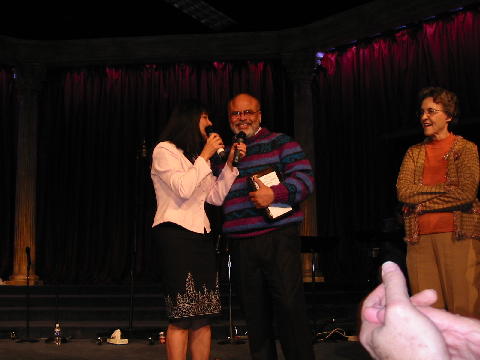 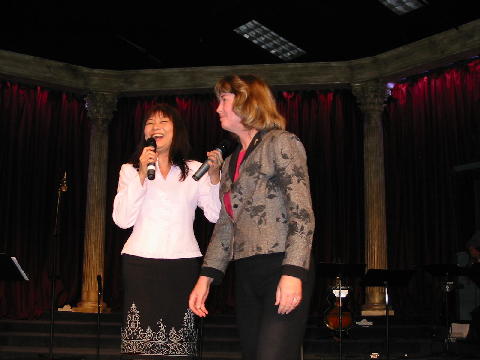 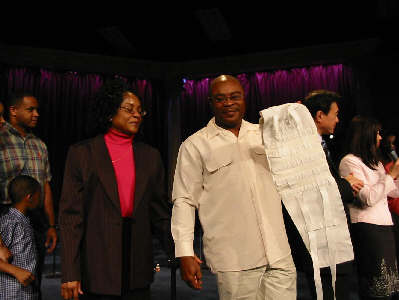 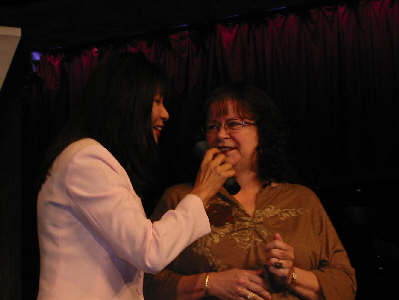 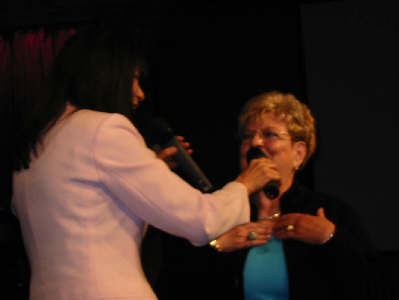 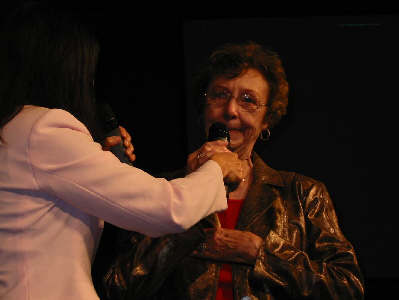 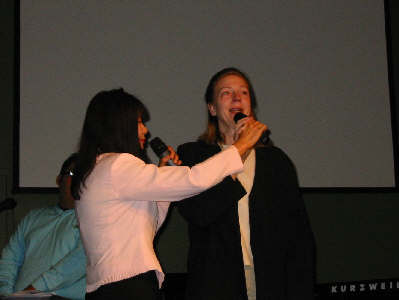 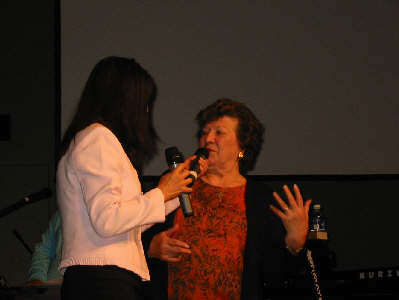 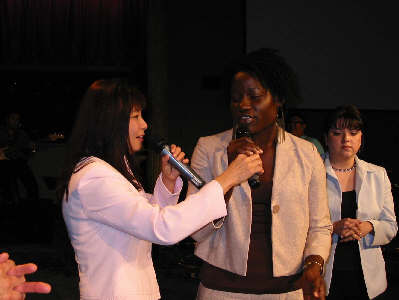 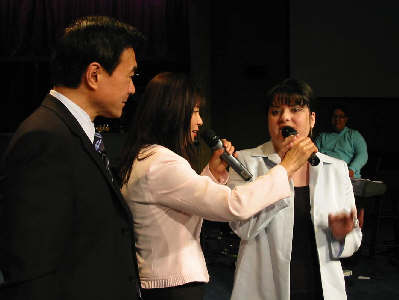 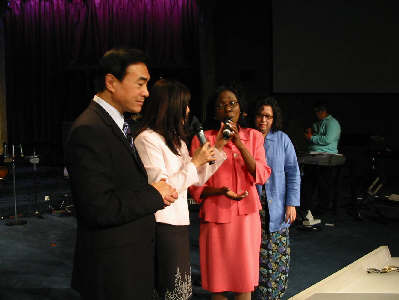 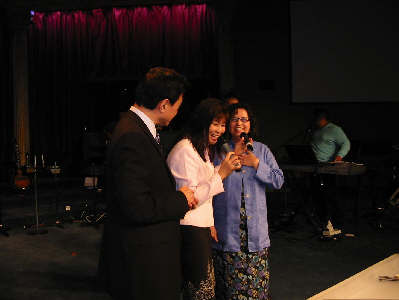 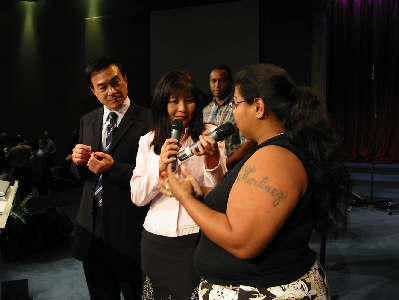 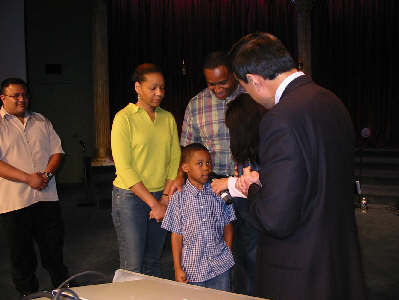 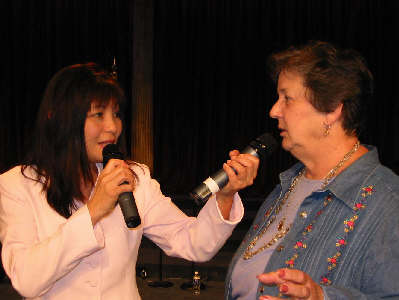 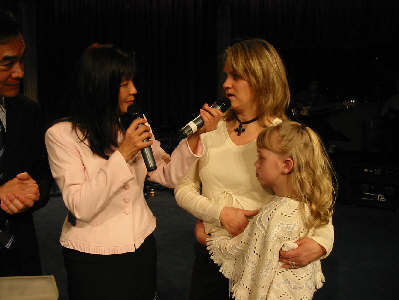 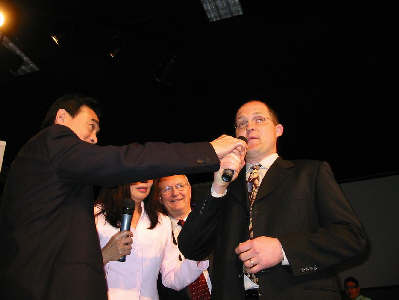 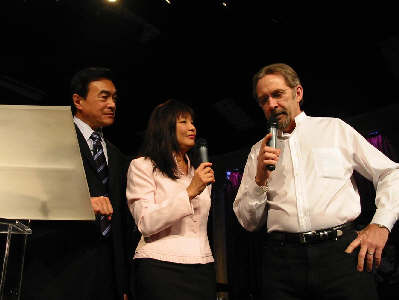 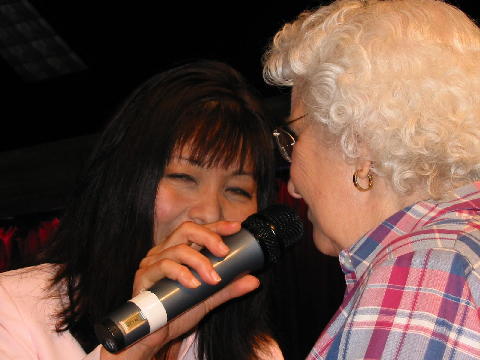 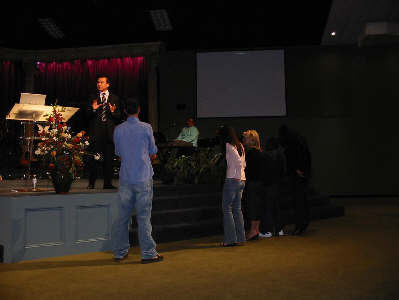 When after the testimonies Brother William invited people to accept Jesus as Lord and Savior, souls began to come to the front—the very first was the young man (in blue) who was healed of his chronic knee condition