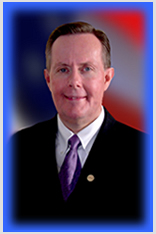 After we shared the gospel from Mark 2 where Jesus demonstrated that he had authority to forgive sin by healing the paralytic, we asked the Lord to heal the sick who were present. We ministered to the infirm in two separate stages—first, through healing-at-a-distance; and then through the individual laying on of hands by those who had attended the Basic Training.

In both stages, the Lord performed many miracles, miracles which were greater in number and greater in magnitude that we usually see in such meetings. These included the restoration of eyesight and bones being moved back to their proper place. It was an extraordinary meeting.

One sister testified that she had been diagnosed with an eye disease that would eventually result in the loss of her eyesight. Even with her bi-focals on, she could not see people close up. But after the trained believers laid hands on her eyes, she climbed up to the stage holding an offering envelope in her hand. Without her eyeglasses, she was easily able to read the fine print on the envelope in front of the astonished assembly.

The Lord demonstrated without a shadow of a doubt through the miracles that there is a holy God, there is a heaven, there is a hell where sinners will suffer eternally, and a unique Savior from sin named Jesus Christ through his death on the cross.

All the saints are very much encouraged, and are going to continue to walk in what the Lord has done in their midst. In fact, Lucille just received a call from a sister named Ann who had attended the Training. After the glorious meeting this morning she boldly laid hands on the caregiver of her elderly father-in-law who was suffering from nerve damage resulting in the loss of her ability to taste and smell. The woman was instantly healed and able to taste and smell.

“Local churches and believers can be trained to heal the sick to demonstrate to the lost that Jesus Christ is the only way to the Father. This was proven to the church body of Grace Point Community Church this weekend, as 45 of our members were trained to heal the sick and cast out unclean spirits. The training lasted the whole weekend, and on Sunday, December 7, at least 35 people were miraculously healed demonstrating the power Jesus has to heal and forgive us our sins.”

Download the video of some of the powerful testimonies

In this video, you will see the testimonies of some people who were healed this weekend. We want to give all the credit to God and praise Him for the authority he has given us to command illness away.”

On the following Sunday a week after the Training, Pastor Keathley asked the congregation who, among those who had been trained, had applied what had been taught during the week. Who had successfully healed the sick in the name of Jesus? About thirty hands went up. Because of limited time, Pastor Keathley asked for just three of the people to come forward to share. One of the testimonies was particularly remarkable.

Two of the sisters had visited a very sick man in a hospital. He had been scheduled for a by-pass operation on his heart. Various machines had been hooked up to him to monitor his condition. The ladies laid hands on him and exercised their authority in the Lord Jesus by rebuking the infirmity with mountain-moving faith. By the time they were done, the monitors showed that his condition had returned to normal. Not needing heart surgery any longer, he was later discharged from the hospital.


Testimonies received in the aftermath of the Training

“Hello from the Land of snow & ice [in Canada]. I so enjoyed getting to sit under The Elijah Challenge teaching, meeting you and getting to know you. It’s hard to put into words what God has done in me through that weekend. It’s gone very deep – felt like coming “home” to the real faith: “heal the sick, raise the dead, cast out demons and preach the gospel” – so simple – and it feels like walking hand-in-hand with Jesus. Something I’ve wanted for a very long time. I sense God’s presence – how do you describe how incredible that is?

I was thinking about all the aspects of the weekend after I got home and knew I needed to put the teaching into practice right away, i. e., to step out of the boat. I feel very much like a novice (with trepidation) but am asking God to teach me. So Tuesday morning as I was at work and doing a dressing change on a client (I’m a Home Care Registered Nurse), I decided to minister silently for the healing of his legs and his wounds. He’s a gentleman I’ve known for sometime – is not a believer but is not closed. His lower legs are an unhealthy brown in colour (not a healthy pink) due to very poor circulation. I spoke over him as I worked and was thinking “his legs are turning pink!” I was hesitant to trust my observations yet, but felt quite excited. I didn’t say anything to him at the time as I feel he will be more impacted by the results when I see him again next week. Then I can share with him. I also shared the events of the weekend with one of my colleagues, including the healing of my elbow from tendonitis. She saw this gentleman’s legs on Tuesday, so I would like her to see the difference as well.

At home that night as I was thinking and talking with the Lord, He said, “You’ve stepped out of the boat, now as you walk keep your eyes on me. Don’t look at circumstances and ‘results’ – just keep your eyes on me and do what I say.” Wow…what an easy way to live.

On Wednesday I found out a friend of mine (Senior Citizen, Christian) was in the hospital with heart problems, so I went to see him. He was very interested in hearing about The Elijah Challenge and very happy to be prayed over. His heart was in an irregular rythm. I commanded the disease to leave – felt some kind of a wall – don’t know what. Nothing happened. Saw him again the next day and prayed over him again – nothing happened. His pastor arrived to visit him – we got talking about The Elijah Challenge and the pastor was very interested – had heard of TEC. I haven’t been up to see my friend again but sent a message. His wife wants prayer for her glaucoma when we can get together.

Last night I was at a practice preparing for a service this Sunday on the First Nations Reserve. The weather forecast was for high winds today with the temperature dropping. By Sunday the temperature is to be -25 degrees C during the day and -31 degrees C at night. We commanded the cold front to either go around Wetaskiwin/Hobbema or stay where it was. As of 4:10 PM this afternoon there has been only a light wind and the temperature has dropped only 4 degrees so far. Don’t we have a wonderful God?!”

“I saw the gentleman again who’s legs I’d prayed over. His one wound was significantly farther along in healing – impossible normally – and the colour of his skin was still much better. As I was giving him his care, he told me that he could feel me touching his legs. My nurse colleague with whom I had shared last week, was there – she was amazed by the change in his wound and also said that he hasn’t been able to feel touch for years. I then told this gentleman that I had prayed for him and God had healed him. We talked some more and at one point he had tears in his eyes.”

We had received from Sister L. S. earlier on December 12 (see above) the following:

On Wednesday I found out a friend of mine (Senior Citizen, Christian) was in the hospital with heart problems, so I went to see him. He was very interested in hearing about The Elijah Challenge and very happy to be prayed over. His heart was in an irregular rhythm. I commanded the disease to leave – felt some kind of a wall – don’t know what. Nothing happened. Saw him again the next day and prayed over him again – nothing happened. His pastor arrived to visit him – we got talking about The Elijah Challenge and the pastor was very interested – had heard of TEC. I haven’t been up to see my friend again but sent a message. His wife wants prayer for her glaucoma when we can get together.

“My friend who was in hospital with a heart problem was sent home on medications, still with the same problem – six days later his heart spontaneously reverted to normal rhythm (what I had told his heart to do) and has remained that way. He gives total credit to God as he had a nephew with the same problem. The nephew had been sent home from the hospital, just like him, but had died the same night.”

[On January 23, she wrote: “I had a phone call last night. The friend with the heart rhythm problem (atrial fibrillation) that I had prayed with has been told by the doctor that he doesn’t have it anymore. Our awesome God!”]

“My friend was back in hospital last week with a complication from his anticoagulant medication. He had spontaneous bleeding into his right forearm to the point that his arm was very swollen, hard and cold from his elbow to his wrist. His fingers were also “ice cold” (as his wife said), indicating that the pressure from all the interstitial blood was so great it was cutting off the circulation. The doctor was very concerned and thought that my friend might have to have surgery to save his arm and hand. His wife called me and came over – we prayed at my place. Half an hour later my friend came, discharged from hospital. His fingers were warm and pink and the hardness had gone from his forearm even though there was still some swelling. He was checked by the doctor the next day and sent home.”