Back to Elijah Challenge Reports in Germany 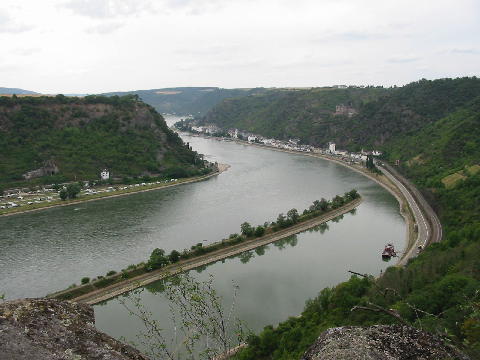 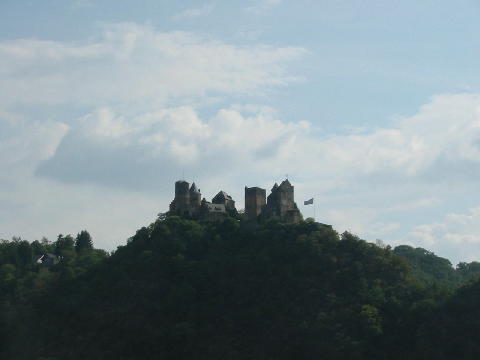 The Summer Camp attended by Vietnamese from fifteen different countries mostly in Europe was held in the breath-taking mountainous area of Loreley overlooking the Rhine River. Our host was Pastor Dinh Le, an apostle of the Lord who has started churches and missions in several different countries including Germany, Poland, Sweden, Switzerland, Bulgaria, and Hungary to name a few. In contrast to the United States, a large percentage of the Vietnamese in these countries are from the area previously known as North Vietnam. Because these people once lived in the spiritual vacuum of communism, they are hungry for the things of the spirit. Once they are introduced to the Lord, they are very zealous for Him and His Kingdom.

As an example of the hunger of the Vietnamese people who originate from the north, a little over a year ago Pastor Dinh planted a church in Berlin. Without even having a resident pastor to shepherd them, this congregation has grown to over one hundred people.

Pastor Dinh wants to equip and send these believers from the fifteen countries “back to their Jerusalem,” back to Vietnam to preach the gospel and fulfill the Great Commission. Vietnam must be discipled for Jesus Christ before the end can come. We were given the privilege of equipping them with the proper weaponry to win the battle and the war.

At the Opening Ceremony, we were given a few minutes to share some introductory remarks. The Lord led us to minister to the infirm via mass healing to introduce the people to the training. About a dozen people came forward to testify of their healing.

The Basic Training powerfully impacted the believers. The age of the superstar, one-man-show evangelist is coming to a close; the age of the nameless, faceless believer is at hand. These believers with simple faith were taught to do the works that Jesus did. Instead of the focus being upon one single anointed minister, it shall be upon the whole body of Christ—the true representative of Jesus Christ on earth. At the close of the second session, the Lord did several miracles of healing through the believers as they laid hands on the infirm. The believers rejoiced at the goodness of the Lord. At the third session, some of the many healings were quite powerful, even involving the restoration of sight to a woman in her forties who had been nearly blind since birth. There was also restoration of hearing.

There was a German brother named Klaus present at the Camp who was translating from our English into German for a few non-Vietnamese guests. He came up to us after the session and commented how appropriate the heavily Scripture-based teaching would be for Germans—especially evangelical ones—who are so analytic by nature. He said that no one would want to argue with the teaching since it follows Scripture so closely. 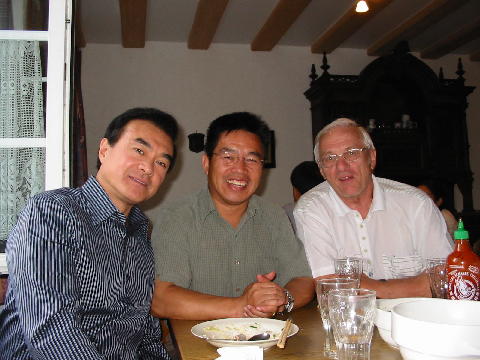 At our final session we taught on the authority to heal at a distance—as Jesus did in Luke 2—and afterward led the entire congregation in ministering mass healing to the infirm. About twenty people came up to testify that they had been healed by the Lord during the mass healing. One woman testified that a small lump in her throat and the pain that it had been causing her had both disappeared. The name of the Lord was exalted and His people were greatly encouraged and built up. The training was complete for the believers who would join us in Berlin for the Crusade. 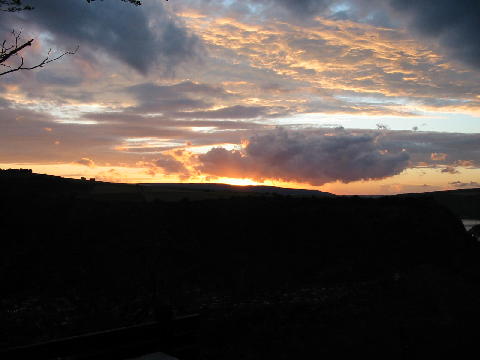 Sunset over the mountains seen from our log cabin

Before the Crusade the Lord gave us favor with the owner of the warehouse-like shopping area facility where the Crusade was held. She gave us permission to use a larger area than had at first been given—because of the opposition of some of the store owners—and she even lent us brand-new chairs to use for the meeting.

At the evening Crusade meeting the meeting place was nearly full. Pastor Dinh estimated that about 30% of the people in attendance
were non-believers. We preached from Isaiah 53, and the Lord anointed Pastor Deborah Le to translate into Vietnamese very effectively. Before we gave the altar call to the people to receive Christ as Lord and Savior, we asked the Lord to prove that He indeed had authority to forgive sin. We ministered to the infirm through mass healing. The Lord was gracious. People who were healed while still in their seats during the mass healing came to the front to testify that Jesus had healed them.

At that time we gave the altar call, and a handful of precious souls
responded. They came to the front to give up ancestor worship and to receive Christ as Lord and Savior. Pastor Dinh and the believers rejoiced at the first fruits of their harvest for the Kingdom of God. After the altar call for salvation, the trained believers ministered to the remaining infirm individually through the laying on of hands, and more people were healed and testified. 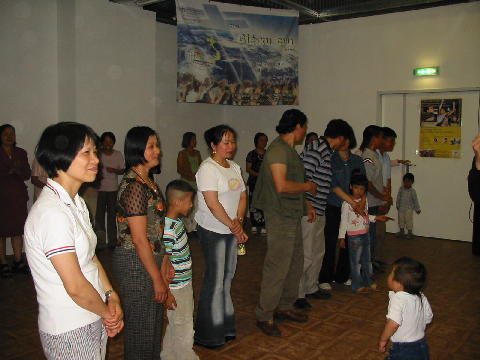 Vietnamese come forward to put their faith in Christ

The second and final Crusade meeting the following night with the Vietnamese was, by the Lord’s wonderful grace, even more glorious. Non-believers were drawn to the meeting held in an empty retail location in a big warehouse-type shopping area. They were seen sitting especially in the back rows. After we proclaimed Jesus as the only way to the Father according to John 14, the trained believers came forward to demonstrate the truth of the gospel by healing the sick in Christ’s name. First we ministered mass healing to the people with infirmities while they were still seated. (The basis for mass healing is authority—it knows neither distance nor number when exercised over that which has been put under our authority.)

Several people came forward immediately to testify that they had been healed by the Lord. One older woman who had suffered from several different debilitating infirmities was running in place vigorously as she testified. At each previous meeting the Lord had healed her of different infirmities. This, her last testimony, was the climax. After all the testimonies were over, we gave the invitation for the lost to accept Christ as their Lord and Savior. The miracles they had just witnessed were the proof that Jesus is the only way to heaven.

Slowly they stood up and came forward, encouraged by the applause and rejoicing of the believers. At the end we counted ten precious souls born again into the Kingdom of God. All of this we were told was beyond the hopes and expectations of Pastor Dinh.

Out of ten to twenty thousand Vietnamese people in Berlin, there were only a bit more than a hundred believers and a single church. The overwhelmingly majority Buddhist store owners had opposed the Crusade meetings. A couple of sisters who had dared to approach people in the Temple at the warehouse with invitations to the Crusade had been summarily rebuked. Our interpreter Pastor Deborah Le felt snakes in her spirit everywhere she set her feet in the warehouse area at the beginning of the first meeting. We could smell incense at the beginning of the second meeting—a possible sign of darkness being sent against us. But the Lord had given us a resounding victory.

Afterwards we ministered to the remaining infirm people one-by-one. At that time others were healed and testified. One young drug addict had been ministered to at the first Crusade meeting. He came back to the second meeting to testify that he was completely free from his addiction. That was the first time we heard of someone being healed and set free from drug addiction in our meetings.

At the end of the evening, the saints came to the front and danced before the Lord with unbridled rejoicing like King David. 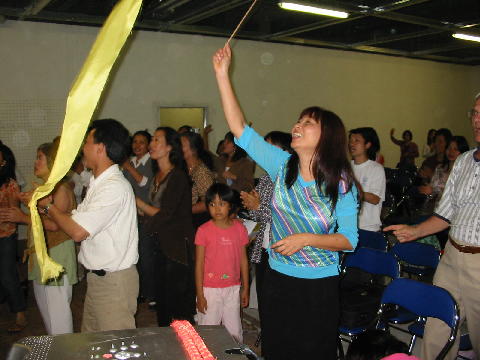 Above & below: the Kingdom saints rejoice after the victory 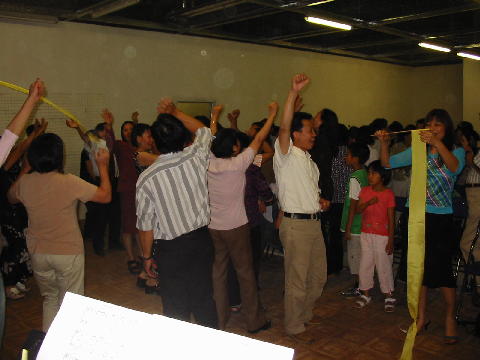 This is just the opening shot of the war. May the saints take what the Lord has imparted to them back to their cities and home countries for the proclaiming of the gospel. Under the leadership of Pastor Dinh, may they boldly continue what the Lord has begun through them in Berlin. 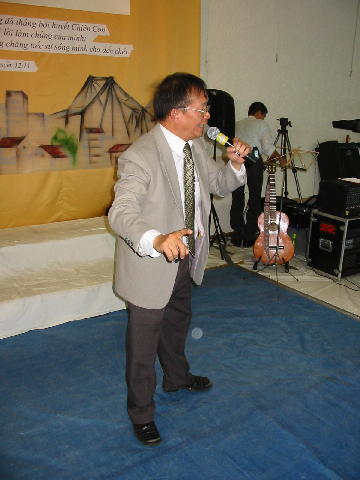