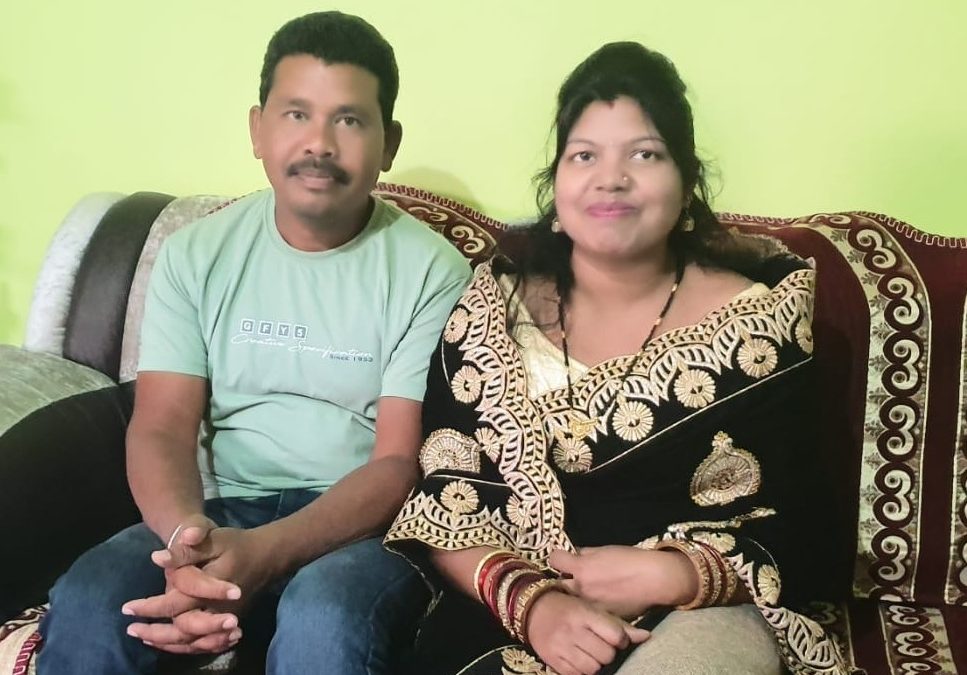 “In late 2019 my wife and I ministered to a Hindu woman living in our town of Bhawanipatna. Anu and her husband Hurshi are from a high caste background and very devoted to Hinduism. For three years she suffered from severe pain from her waist down. She could not stand even for five minutes. Every other day Anu would receive eight injections in her knee area. Most of the time she would be under treatment in the hospital in the city of Cuttack.

Anu was at the end of her rope and did not want to live anymore. But after we ministered to her in Jesus’ name, she was wondrously freed from the pain. Both Anu and her husband then accepted Jesus Christ. Now very strong in Christ, they are doing part-time ministry for the Lord.”

.
“Rosan Bhoi is from a high caste Hindu family living two hours outside the town of Bhawanipatna. Following the failure of his business he went through depression. Somehow he heard about us, and approached us. As we ministered to him in Jesus’ name, he was delivered from the depression. Rosan then accepted Christ. A few days later he landed a government job.

At first his wife opposed her husband believing in Jesus. But over a few days Rosan prayed for her, and she also came to believe, accepting Christ. Although his extended family was against their decision to follow Jesus, Rosan came and attended the Elijah Challenge Training which we conduct regularly for our full-time workers. Now, once a week, he goes out with our Elijah Challenge workers to reach other high caste Hindus.”
..
.