Dehra Dun in the foothills of the Himalayas, April 2006

Jesus Christ’s power to heal the sick proved that He had authority to forgive sin. The issue of the forgiveness of sins is predominant in the minds of Hindus. On the high day of a very important Hindu festival in early 2008, thirty-five million Hindus will bathe in the Ganges River at the same spot. They do this to wash away their sins. 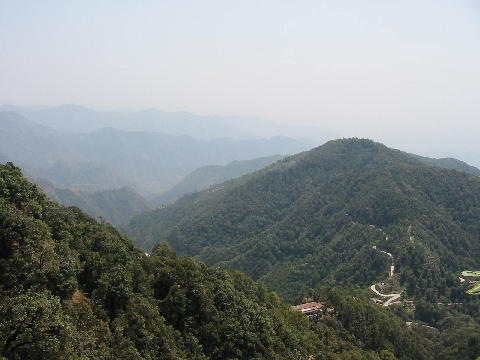 High in the Himalayan foothills overlooking the Ganges River in the far distance: thirty-five million Hindu pilgrims bathe in the same place in an attempt to wash away their sins

Team leader Brent Knapton of Window of Opportunity led us to North India to equip the leaders at the annual North India Evangelism and Church Planting Conference. The venue was Dehra Dun, a town nestled in the foothills of the Himalayas. As one of the four speakers, my job was to equip an army of witnesses to minister the gospel to the lost multitudes of India in the spirit and power of Elijah. They would entrust what they would receive to still others, ultimately discipling India for Jesus Christ for the fulfillment of the Great Commission. The signs and wonders the Lord would do through them would prove to the lost that our God is the only true God and that Jesus Christ is the only way to Him. 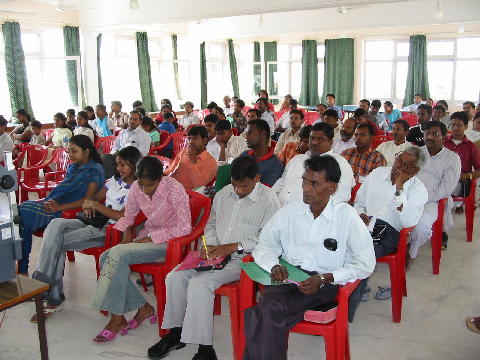 On Saturday April 15 we held our single Evangelistic Healing Crusade to climax the ten equipping sessions of the Seminar. Most of the Seminar participants had by then left for home in order to be able to serve their respective congregations the next morning on Resurrection (Easter) Sunday. For some of them it would take on the order of 24 hours on the road by bus and by train to get home. Those trained believers who stayed back in Dehra Dun for the Crusade numbered about twenty. But like Gideon’s three hundred troops, they proved sufficient in the Lord. 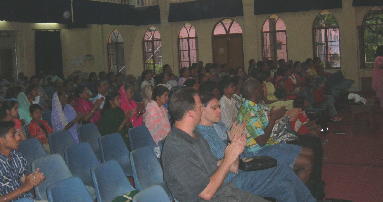 Typically in Crusades of this type, attendance starts small on the first evening but explodes on successive evenings as word of the miraculous healings spreads. We had scheduled one and only one Crusade meeting, and attendance that night was 100 to 150 people. Quite of few of them were Hindus with infirmities who had been invited by their Christian neighbors and friends.

I shared with them that Jesus’ power to heal the sick proved that He had authority to forgive sin. This issue is predominant in the minds of Hindus. On the high day of a very important Hindu festival, thirty-five million Hindus bathe in the Ganges River at the same place to wash away their sins. That evening I told them that the miraculous healings they would witness would prove to them that their sins could be forgiven by faith in Christ who died on the cross to bear their sin. They would not need to go to the time, expense, and effort of traveling to the Ganges River. I called the trained believers present to minister healing in Christ’s name.

First we ministered mass healing to them by exercising our authority over disease from the front. A number were immediately healed in this way and came forward to testify. Among them was a man who had suffered from constant severe ringing in his ears. The ringing stopped and he could hear clearly. 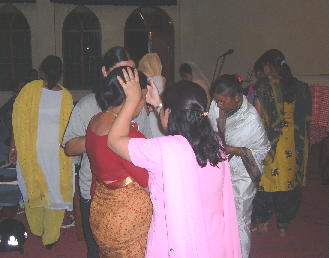 Ladies exercise their authority and lay hands on the infirm 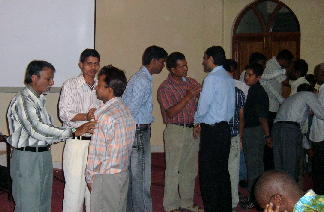 Men minister to the infirm in Christ’s name

Then I had the believers minister to the infirm one-on-one through the laying of their hands. Many more were healed in this way. Among them was a woman who had had hard growths on her head and stomach. Both growths sharnk and disappeared when a believer laid hands on her and cursed the growths. A man with poor vision testified that he could see clearly. There were many other testimonies as well, including deliverance from alcoholism and chronic pain. The believers were thrilled to see the Lord use them to do such miracles.

Below are photos of some who were healed and gave their testimonies publicly. 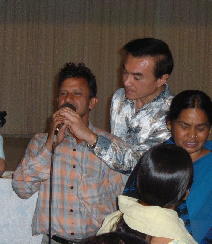 Here and below:
The testimonies of miraculous healings begin… 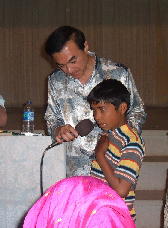 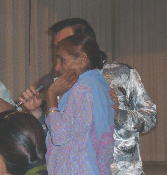 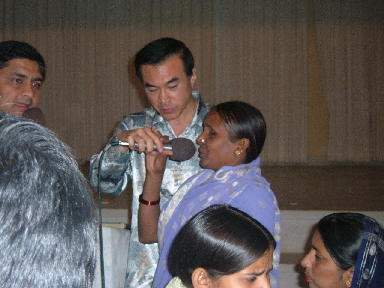 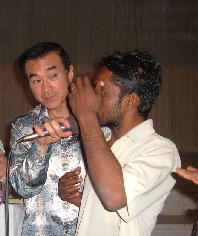 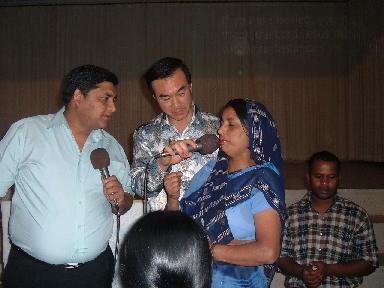 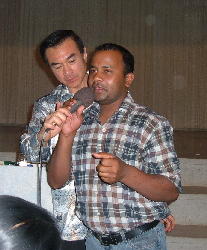 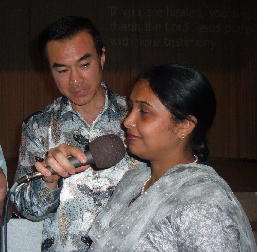 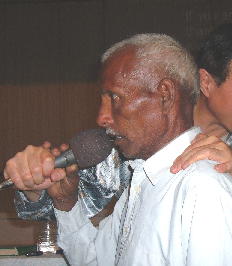 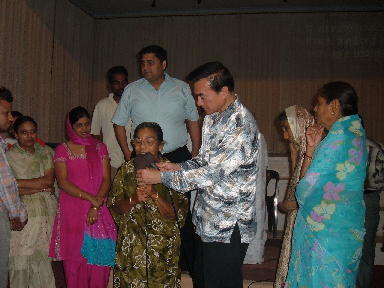 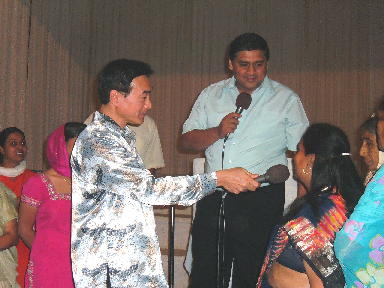 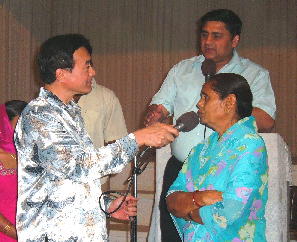 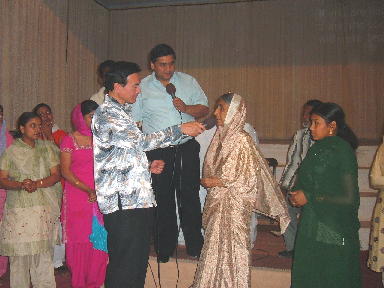 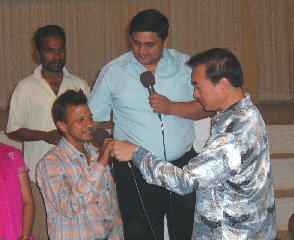 After we had heard enough testimonies to establish without any doubt that Jesus had authority to forgive sin, I asked host Pastor Simon Haqq to invite the people to accept Jesus Christ as Lord and Savior. When he asked those wanting to follow Jesus to stand up, teammate Dennis Vauk counted at least fifty precious Hindu souls. He estimated that perhaps 80% of the Hindus who had come to the meeting had decided to believe in Jesus for the forgiveness of their sins, an extremely high “success rate.” A number of them had experienced physical healing when ministered to by a trained believer. 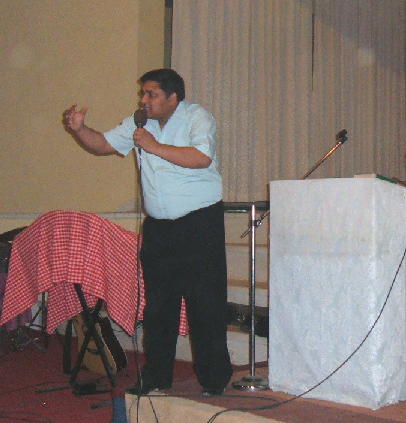 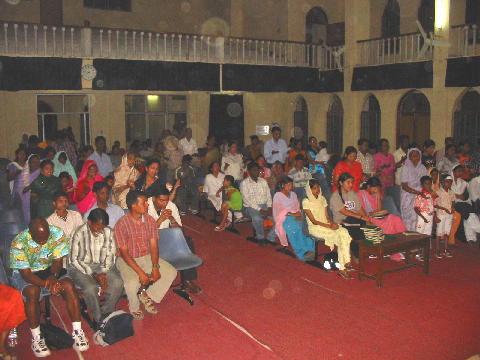 The local leaders and believers here saw that this model of evangelism actually worked. They were very excited that they could actually heal the sick in Christ’s name and see Hindus come to Christ at an impressive rate. They will undoubtedly continue on with the good thing that the Lord has so graciously begun in them. Ultimately we are looking for a mass movement of Hindus to Christ as many believers are trained to do these works that Jesus did.

More doors of opportunities for us have opened up in Calcutta, New Delhi, and Bihar. Especially attractive is an opportunity beginning in January 2008 when the next big Hindu festival at the Ganges River begins. On the high day of that Festival, thirty-five million Hindus as mentioned above will bathe in the river at one location. We want to train up a large number of believers who can heal the infirm Hindus in Jesus’ name as they come to the river to bathe. The miraculous healings will prove that only Jesus has authority to forgive sin. The goddess of the Ganges River will lose her demonic power over the Hindu people when precious souls are baptized in the river in Christ’s name instead. 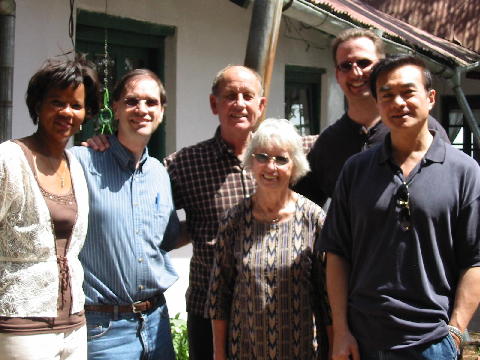