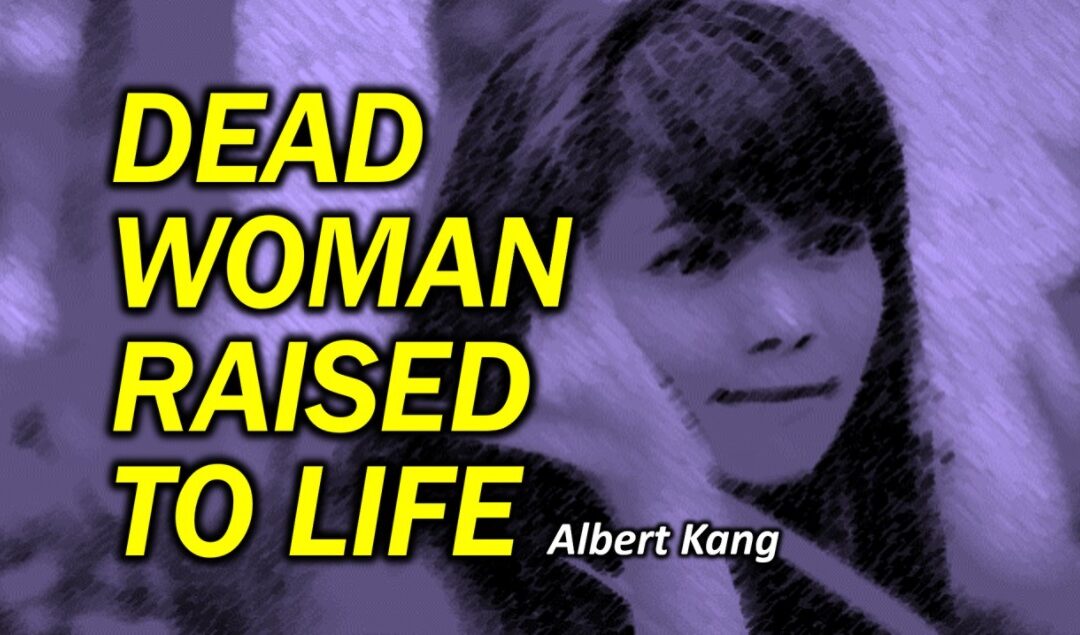 In 2015, we conducted a five-day Healing Encounter Ministry (HEM) Training Seminar in Bandung Trade Center, Bandung, Indonesia. Among the seminar trainers was an Indonesian minister, Pastor Elijah (This is not his actual name. To protect these brothers and sisters who are ministering in very sensitive areas of Indonesia, their real names are not used in this article) who was trained by Pastor William in the USA, the founder of The Elijah Challenge International. Pastor Elijah was used by the Lord to initiate the raising of a young woman from the dead. Our seminar participants had the privilege of meeting this young believer, Rene, and here is the story of her resurrection.
. .
Since her conversion, Rene was very faithful in attending church in Bandung. However, as she felt that age was catching up with her, she hurriedly got married but to an unbeliever. In her new role as a wife, she became too busy and subsequently, she stopped attending church completely. Pastor Elijah was her pastor and he felt sad that he could not get her back to church. Moreover, Rene had moved away to a village far away from his church.

Two years later, Pastor Elijah received the bad news that Rene was extremely ill. She had developed a cancerous cyst in her womb and it had burst. Her relatives rushed her to Immanuel Hospital in Bandung – a two-hour drive from her village. By the time, she arrived, her body was badly dehydrated as she had not been able to drink water for ten days. After the medical examination, the diagnosis of her ruptured ovarian cyst was not good. The medical team felt that they could not do anything to help her and told the family to give her the best comfort at home and get ready for her funeral as she would die very soon.

The two-hour drive back to the village was excruciating for Rene who was in extreme pain. Apparently, the infection had spread and her emaciated body could hold on longer. She promptly passed away at around 5:00 PM. According to her husband’s religion, she was to be buried as soon as possible. As the relatives prepared her dead body for the burial ceremony, Rene shared later that at that moment, her spirit was moving through a very dark tunnel.
. .
When Pastor Elijah received the news of Rene’s death, his spirit was very troubled. He told us that he was very “unsatisfied” with this outcome. He immediately prayed to the Lord and received a stunning instruction from on high. He was to raise Rene from the dead and at a distance. Human reasoning started to bring doubt into his mind but he overwhelmed it by what he had learned from Pastor William Lau through The Elijah Challenge. He had heard from the Lord and he was to activate his mountain-moving faith to raise the dead. And he was to do it with “distance healing” through the kingly authority given to him by the Lord.

Pastor Elijah telephoned one of his Christian elders who lived in that village to visit Rene. He told this elder to “wake” Rene up so as to meet him at Immanuel Hospital in Bandung. The elder was puzzled at the request. He told his pastor in no uncertain terms, “Rene is dead”. He continued to explain that he was a little busy collecting funds for Rene’s funeral. Pastor Elijah assured him that he understood that Rene had died and that was why he was requesting the elder and his wife to go and raise Rene up on his behalf.

During the training seminar, we met up with this elder and his wife. We asked him why did he and his wife simply obey and go. The humble brother said that because he considered himself a soldier in the kingdom of God and when God’s pastor gave him an order, he had to obey. And so without a doubt, the elder and his wife rushed to Rene’s house. The elder’s wife managed to get in to see Rene’s body. All the mourners were around the body, chanting their prayer and they were wondering what this woman was going to do with the dead body. With mountain-moving faith, the elder’s wife took Rene’s hand and commanded, “Rene, get up in the name of Jesus!” The power and authority of God began to flow into Rene and she started to move her fingers. Then Rene opened her eyes to the great surprise of all the mourners. The Elder’s wife told Rena, “You have to meet Pastor Elijah at Immanuel Hospital.”

The village was in commotion. They had never seen or heard of anyone being raised from the dead. As the relatives drove Rene to meet Pastor Elijah, almost all the villagers followed them in their own vehicles. Pastor Elijah was surprised to see so many villagers at the hospital. The medical team examined Rene and found her to be very much alive and all she needed was hydration by means of intravenous solution. The next day, Rene was able to leave the hospital because the medical team had discovered that the ovarian cyst had miraculously vanished and the infection was gone. This was a double-miracle. After being raised from the dead, the Lord had also given her a clean bill of health.
. .
When we met Rene at the training seminar, it was already three years since her resurrection from the dead. Today, our dear sister is living in good health, and the best of all is that she has become a dedicated handmaiden of the Lord. Her resurrection had also caused the people from the other religion to respond positively to the Gospel of Jesus Christ. At the last count, there were more than 2,700 people who gave their lives to Jesus Christ because of this incident. All glory to Jesus.

We thank God for Pastor Elijah who received a prompting of the Holy Spirit and was willing to take this step of mountain-moving faith. Here is a sermon that will encourage your faith to expect great things from God.
.