Cowboy Churches in the USA

Early in July 2005 Pastors Sonny & Gloria Rice of the All-Around Cowboy Church had Brother Bill teach the End Time Model of Evangelism in Sealy, Texas. After three days of training, the evangelistic healing Crusade was held on Sunday.

Most of the people in attendance that morning were believers. Brother Bill proclaimed Jesus Christ crucified as the only way to the Father. The proof of this truth would be the miracles of healing that would be done in His name. At that point, Brother Bill invited the trained believers to the front to join him in ministering mass healing to the infirm. Together they exercised their authority over the infirmities in Christ’s name.

Immediately afterwards people came up to testify what the Lord had done through His disciples. The first to testify was a middle-aged woman who had suffered hearing loss as a young girl. During the time of ministry she felt her ears pop open and her hearing was restored. Another woman had severe pain in her feet as a result of sugar diabetes. The pain in her feet had completely disappeared. A little girl testified that her symptoms of asthma had vanished. A woman with scoliosis in her upper back could no longer find the hump in her back. An elderly woman with severe long-term hearing loss and heavy demonic oppression because of witchcraft in her family testified that she could hear and that the demonic power had gone. Some men also testified of their healing. The last testimony was from a very little boy named Henry who bravely marched to the front to testify that the Lord had healed him of his sore throat. (photos below)

When Brother Bill gave the altar call to receive Jesus Christ as Lord and Savior, little Henry gave his life to Jesus.

The Lord is restoring His authority to the Cowboy Church in Sealy. May He use Pastors Sonny & Gloria Rice to bring this restoration to the hundreds of cowboy churches in the United States for the fulfillment of the Great Commission. 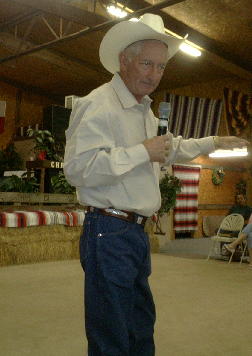 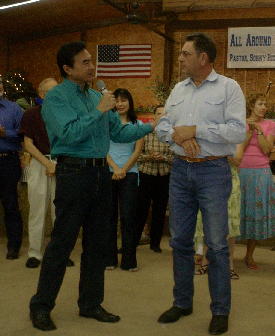 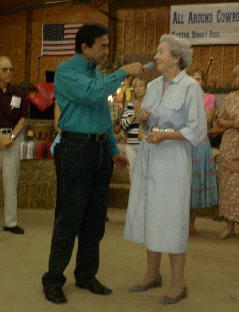 Healed in the name of Jesus Christ 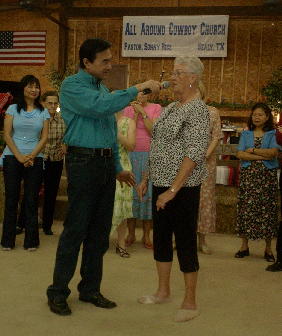 Severe pain in feet because of diabetes has disappeared 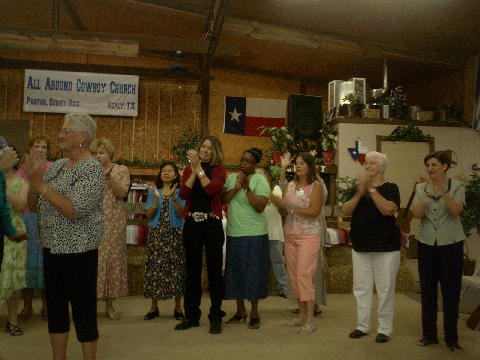 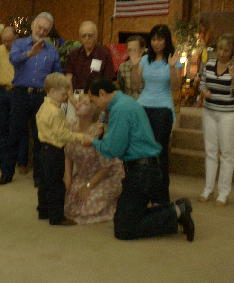 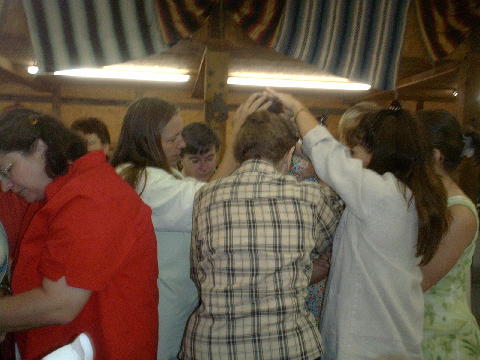