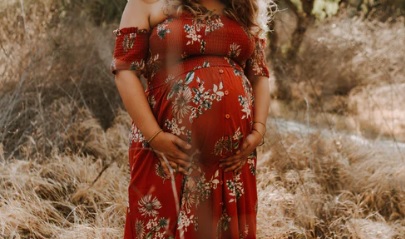 “Greetings to you in Jesus’ precious name. Thank you for your regular prayers and support.

There are some states in India where the anti-conversion bill became law years ago. Among them are Orissa and Chhattisgarh, two states where our work is going on smoothly. In a few places I have seen our workers having fellowship outside of the house church under a tent since the homes are very small and cannot accommodate the believers. I asked our workers if any outsiders have expressed opposition to their tent meetings, and they said not yet. Please continue to pray for the safety of our ministry.

Purnima had been unable to get pregnant for eight years. Because of that she and her husband had had many quarrels. In the villages childless women are looked down upon. They had tried different things, consulting with doctors and taking medication to get pregnant. For months they tried ayurvedic treatment, but Purmina just could not conceive. After that they went to a Hindu priest and did what he advised, but to no avail. She was barren.

Her husband was wanting to divorce her. But then they came across our Elijah Challenge workers, and asked them to pray for them. Once a week our workers went to their home to minister to them and share the gospel. Now Purnima is three months pregnant. A new weekly fellowship has started up in their home, and many sick and needy are coming for prayer.
.
.
Extraordinary reports from our harvest workers in India

The Elijah Challenge equips harvest workers to reach resistant people groups effectively and fruitfully by training them to heal the sick miraculously as Jesus did (John 14:11-12)—as irrefutable and compelling evidence that Jesus is the Messiah and the only way to the One True God who created the heavens and the earth.
.
.
For three months Buchi Jal had a stone in her stomach. Her doctor advised her to go for an operation. Since the stone was getting bigger and bigger, she made preparations for the operation. But our Elijah Challenge workers stopped by her village and visited her. At that time she was in bed, planning for the operation in two days. Our workers ministered to her in Jesus’ name. The stone disappeared, and they believed on and accepted Christ.

For a long time a young man had suffered from asthma. He was weak and suffering every day. He attended our house church in his village. After our workers ministered to him, he was miraculously healed. He is now continuing to attend the house church.

A baby girl was vomiting very badly. After she received medication, the vomiting did not stop. Her parents were asked to take her to the district hospital. They were on the way to the hospital from their village when our workers met them and ministered to the baby. Amazingly at that moment her vomiting stopped. Instead of going to the hospital, her parents turned around and went home bringing our workers with them to continue to minister to her. To their extreme relief she was then completely healed by the Lord…they had been so concerned that they might lose her. They accepted Christ as their personal Savior.

Dorpaty fell very ill after the passing of her husband. She was getting weaker by the day. She did not eat and did not take any prescription medication for months. Slowly her health deteriorated and she began to develop a mental disorder. While our workers were ministering to others in her village, they stopped by Dorpaty’s home as well. She was unable to explain what was happening to her, but her relative explained her situation to our workers. After our workers ministered to her, she experienced a miraculous touch in her body. For three days our workers continued to stop by at her home. Now she is talking normally and eating.

For ten days a young woman had been suffering from a dry cough. Following medication the cough persisted. But after our workers ministered to her in Jesus’ name, it stopped.