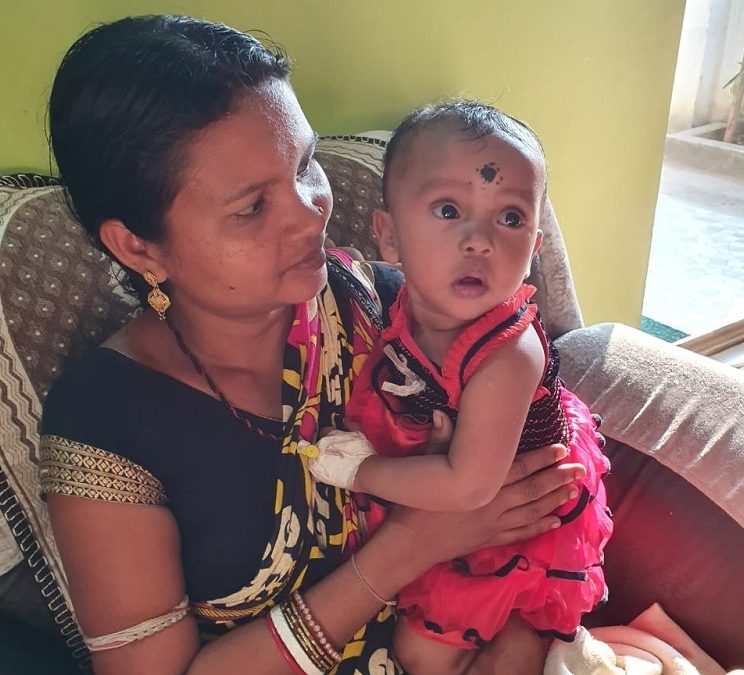 “A baby girl named Debeswar, meaning “lady goddess,” was very seriously ill. She had stopped nursing from her mother. She had been admitted to a local hospital suffering from insufficient blood and pneumonia. There she was given intravenous fluids through a vein in her hand. The doctor advised her parents to take her to Burla Hospital, known as one of the best hospitals in the state of Orissa, and then released the baby to be taken there.  The doctor had warned them that she might not survive if she did not receive better treatment at Burla, but they didn’t have the money to take their little girl there.

From the local hospital one of the relatives called and shared with us about her condition. They asked us to do something for their baby. But since the doctor had already released her to the hospital at Burla, Debeswar’s father had to write a statement releasing the doctor and hospital from any liability if anything happened to her. Instead, her parents would be responsible. They left the hospital and brought the baby to our home. After my wife and I ministered to her, Debeswar immediately began to nurse from her mother. After that she started playing just like a normal baby. Those who witnessed the miracle were wonderstruck—especially her parents who accepted Jesus Christ as their Lord and Savior.

The family is from a people group called the “Sabara” in the district of Kalahandi in Orissa. I don’t know if there are any believers in this people group here. Praise the Lord…I will send many more powerful reports.”

Note: according to Wikipedia, the Sabara people hold to “traditional beliefs”—meaning that they are likely unreached with the gospel.