August 2008 in village of Pastipada, Orissa 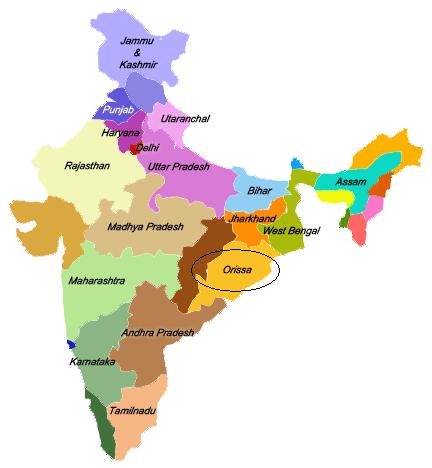 August 2008 in the village of Pastipada 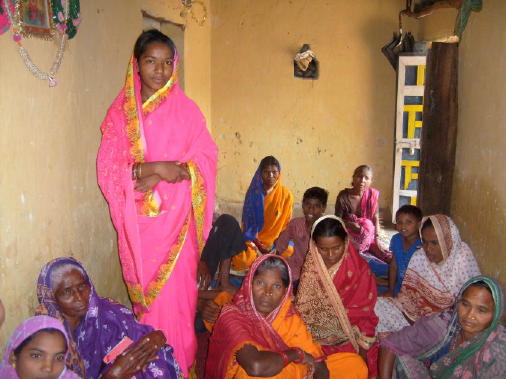 Above: This sister is from a Hindu background. Just a year ago she came to know Christ through one of our missionary brothers. But at that time the problem that she had was not yet solved. Of course she had strong faith in God that one day she would be healed. For one long year she had an eye problem and she could not see properly. After we prayed, I gave the command in Jesus’ name and she was able to see properly. 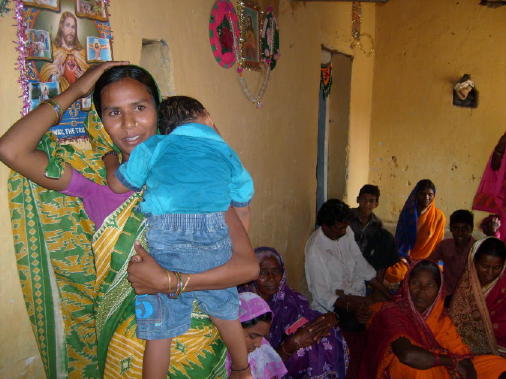 Above: This sister is named Sara. She was suffering from a severe headache for long days. She had undergone experiments involving medical treatments but still she was not cured. But God the Healer touched her when I commanded her to be healed in Jesus’ name. Immediately afterwards she testified that God had touched and healed her. 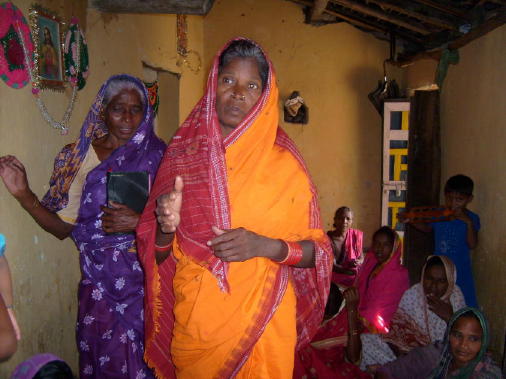 Above: This mother has endured tragedies in her life. She was always tortured by her family members—her son and her sister-in-law. Moreover she suffered a great deal from body pain. Often she would fall ill but she had faith that prayer to God could do everything for her. She asked me to pray over her. When I ministered to her she said that she always depended on prayer and at that moment she felt better than before. Praise God He is good. 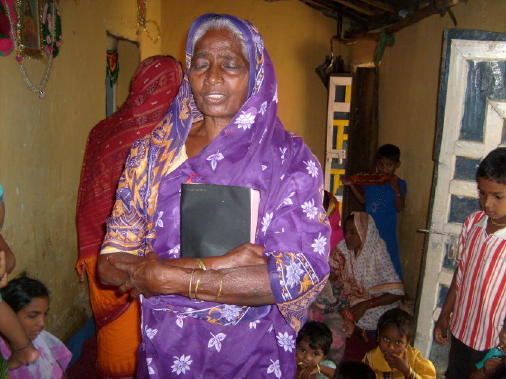 Above: This elderly mother is all alone in this world. No one cared for her, no one helped her and no one was concerned for her because the village is a Hindu village and she had accepted Christ as her Savior. Many years ago her husband had passed away and her children had left her as well. She eats only when someone brings food to her. In this pathetic condition she survived by herself by hearing God’s word. She was also blind for a year after suffering from an eye problem. When we ministered to her she was healed. Now she can see.

Many other miracles have taken place as well, but I have just sent a few photos with the corresponding testimonies. There was one person who was attacked by a devil spirit. After I rebuked it in Jesus’ name, it left him and he was healed. One old man had back pain. He was also healed by the power of the Holy Spirit.

Thank you for praying for us. Please continue to uphold us in prayer in order that we may able to continue our ministry here in Orissa and do greater things for the Lord God our Father.

Reported on December 21, 2008: The healing of baby boy Mehul

There is a baby boy named Mehul who is just 9 months old. Unfortunately he suffered from a severe fever for one week. It was on Monday, December 15th at six o’clock in the morning his parents brought him to us. They have been coming to our church for one year are from a Hindu background. That morning I was not at home and they waited for one and half hour until I returned home. Then I ministered to the boy. Afterwards I told them that it would be better to consult a doctor. They left for their home which is 3 km distant from us. When they reached home Mehul had no more temperature in his body. On Sunday they were testifying how God healed their son within a moment. We praise God that He is doing His work in His time. 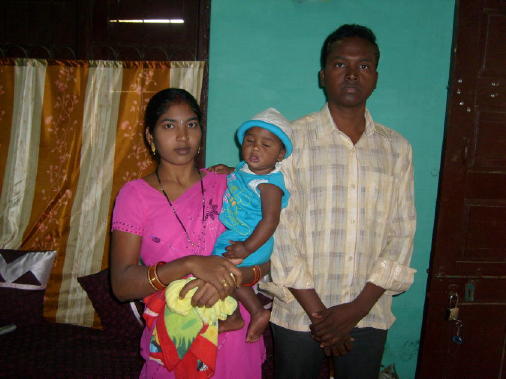 Baby boy Mehul and his parents