As we ministered healing to a woman in CHINA with a heart condition over zoom one evening, a rooster crowed… 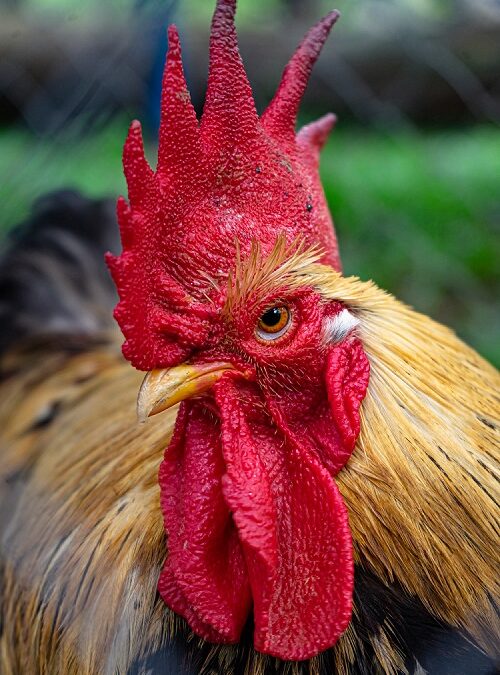 We were training hundreds of Mainland Chinese believers with The Elijah Challenge over zoom. A believing sister was present on zoom during the event which took place during the evening. She had been having severe pain in her heart for several days and had difficulty breathing. She had spent 1,600 yuan consulting a doctor at the hospital, but the results were negative. The doctor had told her there needed to be a follow-up examination for her at the hospital.

Then someone told her about our Elijah Challenge Training over zoom. So she joined us on zoom with her computer.

When after the teaching we ministered to those who needed healing by issuing authoritative commands over them in the wondrous name of Jesus, she turned on her microphone. During that time we could hear the crowing of a rooster blaring through our speaker. The sister got up and went out to hush the rooster. But no matter what she tried, the rooster kept up the loud crowing.

But as we rebuked heart conditions, other diseases and spirits of infirmity in the name of Jesus Christ even as the rooster kept crowing, the sister’s heart was miraculously healed. The pain in her heart had been severe, and it had vanished. She was so excited that she couldn’t fall asleep until after two o’clock that morning. She testified to her family, her sons and daughters’-in-law.

It turns out that among believers in China it is understood that a rooster crowing at night — instead of in the morning — is demonized. After the woman was healed, the crowing ceased

One might wonder why in all four gospels it is recorded that a rooster crowed before Peter denied knowing Jesus three times…and this took place in the evening.
.
The Elijah Challenge
April 2022