The pastors of Abundant Life Church are Apostle Lloyd and Regina Blount, introduced to The Elijah Challenge by their close friend Pastor Charles Logan of Cornerstone Worship Center in Richmond, Texas. 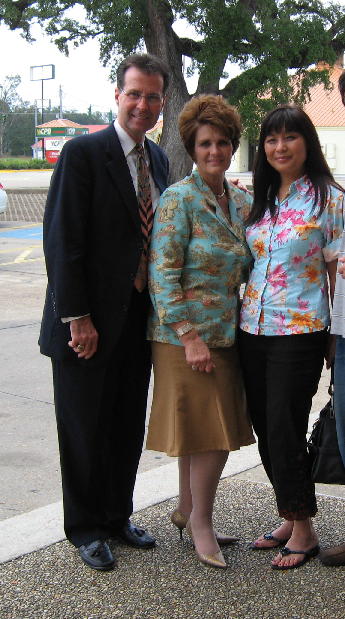 The Lord was gracious to anoint us to teach at the first session. At the end we did a demonstration of healing. A middle-aged woman with a severe problem in her knee could barely stand up from her seat let alone limp forward to the front with much difficulty. She also had pain in her back. Lucy and Brenda Powell, our co-worker in The Elijah Challenge, laid hands on her and rebuked the infirmity in Jesus’ name. Then I took her by the hand and had her walk. There was no more limp and pain. Then I had her jog slowly at the front of the sanctuary, something she was completely unable to do just a few moments before. We all rejoiced at what the Lord had done. The next miracle was perhaps even more touching.

The woman who had just been healed had brought her daughter. She had unusually severe carpal tunnel syndrome in both hands, requiring her to wear glove-like braces on each hand. For a month she had been unable to use her hands for anything at all, not even to drive. Her mother and Lucy ministered to her, each taking one painful hand. Afterwards she removed the braces and was able to flex her hands and fingers freely. Someone handed her a purse and she held it with a hand, something she could not do at all before. She was speechless. After the service she was able to drive herself home. Later as others came forward to receive ministry by the saints, more testified of being healed.

Two more equipping sessions were held on the following day.

The final meeting at Abundant Life Church was their Sunday morning worship service. We shared from John 14, where Jesus made the startling assertion that He was the only way to the Father as well as God incarnate.

John 14:6 Jesus answered, “I am the way and the truth and the life. No one comes to the Father except through me. 7 If you really knew me, you would know my Father as well. From now on, you do know him and have seen him.” …9 Anyone who has seen me has seen the Father.”

For a matter that actually determines our eternal destiny, we must carefully consider whether or not Jesus was telling the truth. If it turns out that he was not telling the truth and therefore was a liar, we who follow him would end up in hell. How can a person know that Jesus is in fact the only way to heaven?

John 14:11 Believe me when I say that I am in the Father and the Father is in me; or at least believe on the evidence of the miracles themselves.

After the prayer, the trained disciples of Christ ministered to the infirm by exercising their authority in His name, first at a distance (as Jesus did in Luke 7) and then along with the laying on of their hands. 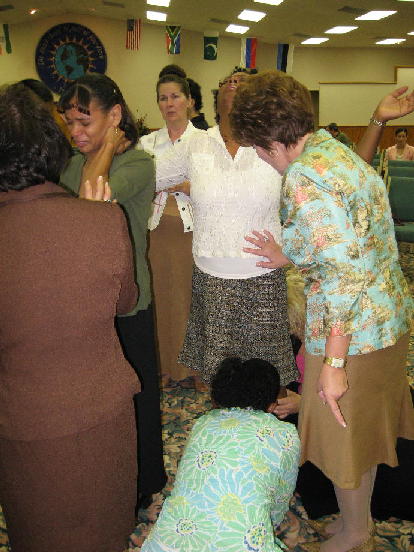 Above & below: trained disciples laying hands on the infirm 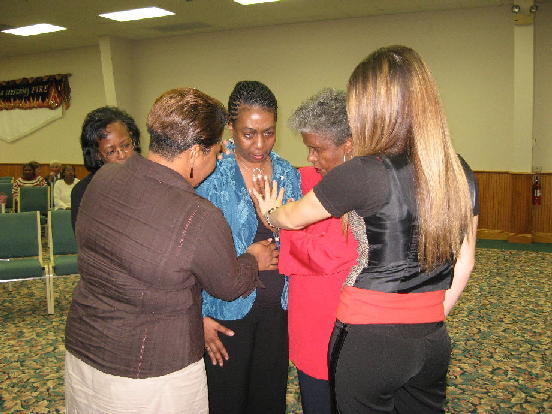 Afterwards several people—a total of at least a dozen—went up to the stage to testify that the Lord had healed them. Some of the ladies wept as they testified of the Lord’s goodness in delivering them. 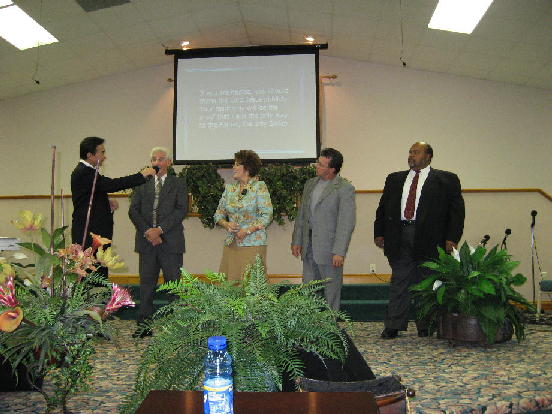 Four people came up to testify following the healing-at-a-distance,
including Pastor Regina Blount in the center 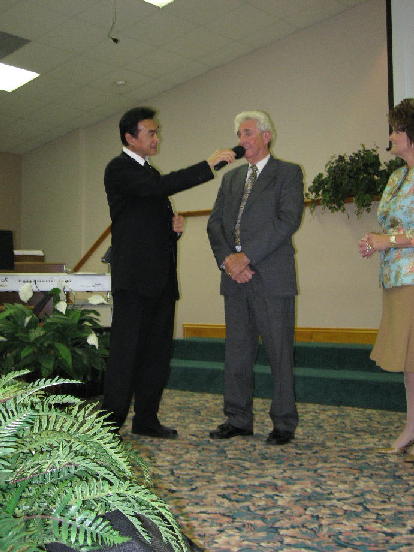 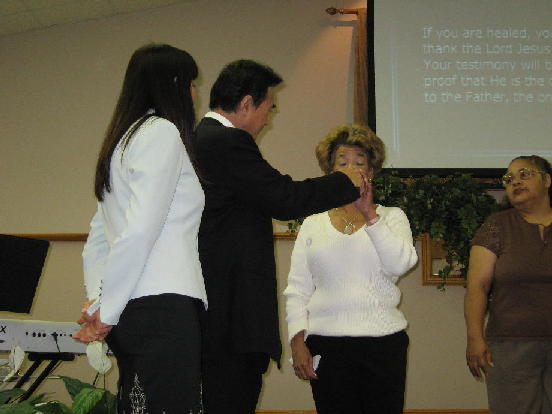 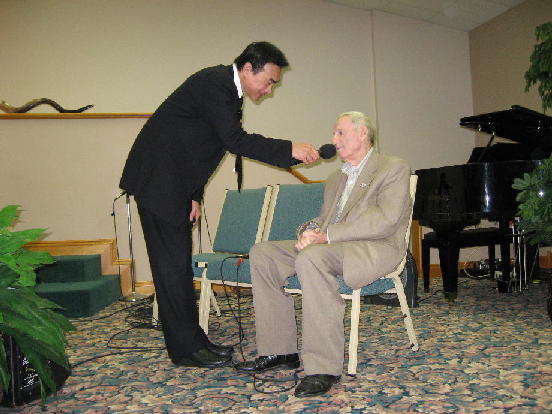 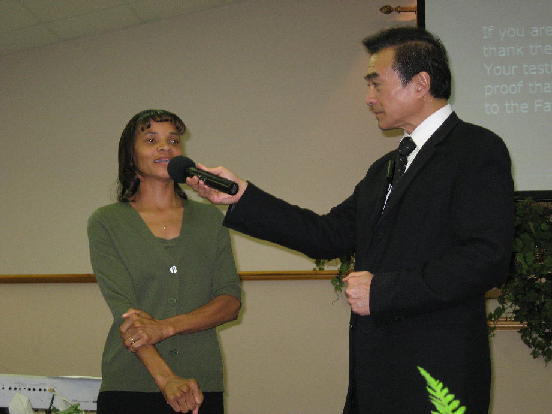 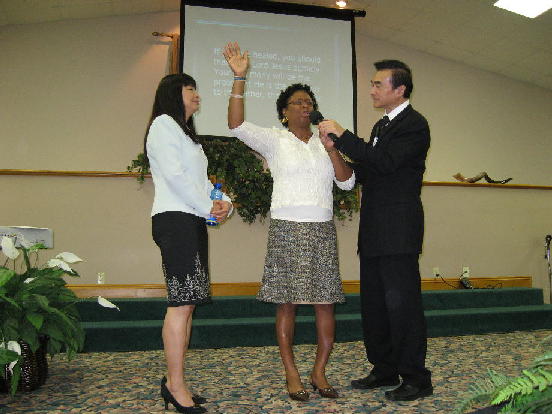 Through the miracles God had glorified His Son Jesus Christ before the people. The miracles were the evidence that Jesus was the only way to heaven and that He was one with the Father, the Son of God. At the end of the meeting we all prayed a prayer of repentance and commitment to our Lord Jesus Christ and His Kingdom.

Pastor Blount shared before the congregation his hope that The Elijah Challenge could be taught in every country in the world. May the Lord bless the relationship between Abundant Life Church and The Elijah Challenge for the equipping of the saints in the nations for the fulfillment of the Great Commission. This will be the fulfillment of Christ’s promise in John 14:12.