Received from Pastor Subodh on February 15, 2009

“Praise God for enabling us to go for the registration work on the land at Parlakhemundi. Again we went to see the persecuted believers after one month.

Let me tell you what happened on the way to Parlakhemundi. Before we reached the town we met with a few children who were staying in a broken slum and begging by the roadside. After seeing their pathetic condition we were so sad. We talked to them. We came to know all about their situation. This is the poverty of Orissa. Those children are supposed to go to School but instead they have become beggars of Orissa. (See the photo below.) 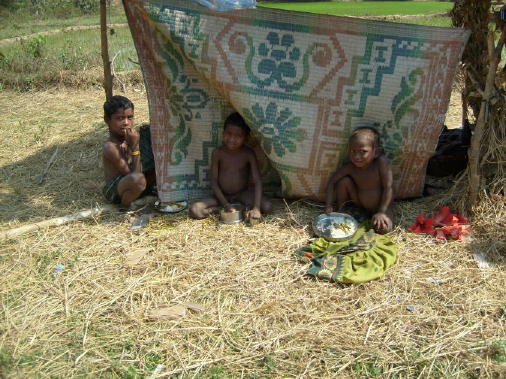 Please pray that the fate of Orissa may change and at least the children may have a bright future.

Thank you very much for your heartfelt support for the persecuted believers. As you know the government of Orissa closed the relief camp on January 16. These persecuted believers are now staying in several Churches just like refugees. But by the grace of God and with the help of many supporters they had the land registration work done last Friday. According to the believers after February 20 they will come to this place and will start work on their homes. For shelter they are planning to stay in a tent and slowly they will be starting the work of building.

On behalf of the persecuted believers we would like to give special thanks to you and to all the supporters of Elijah Challenge. They are remembering you all in their prayers as I told them about you and your support very clearly.
Please pray that they may have enough support to build their homes.

We met with one family from a village called Mukundapur who suffered much during the Orissa persecution. While the RSS Hindu fanatics came to attack that village many Christians fled. But a brother named Chinchani was brutally attacked by them and burnt alive in front of his wife. They shot his son too and the bullet passed through his hip. We were able to meet his wife and son in the town. We prayed for them and extended some help to them.

Please pray for them in their tragic situation.” (See their photo below.) 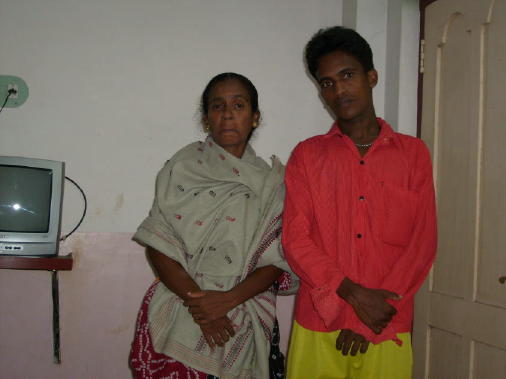 Mother and son in Mukundapur 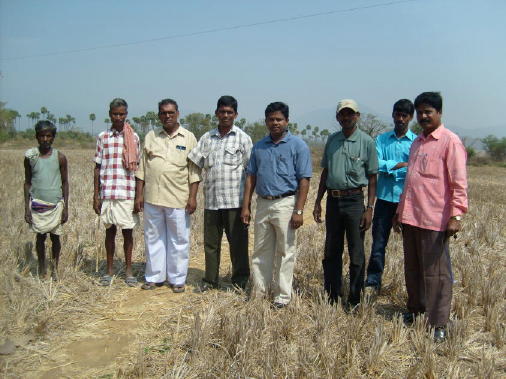 Some of the Orissa