Testimony of Healing at a Distance in Ampang, Kuala Lumpur

Here is a testimony from a lady who was healed by means of distance healing through the mobile phone. When she called and said that she had this intense pain in her head and needed help immediately. She wanted to come to my office that very minute. After calming her down, I told her that I will heal her in the name of Jesus. She consented and so I took authority over her painful head. She was instantly healed and the pain disappeared. Then I asked if she had any other pain in her body. She had pain in the back of her neck and also an apparent frozen right shoulder. After taking authority over the painful neck and later over her frozen arm, all the pain left her.

Her healing reminded me of the distance healing upon Brother Aaron Loh. When I sent him an sms (text message) containing the authoritative message of healing, immediately the pain in his back was healed. Some people might think that this is like a formula but it is definitely not. If there be any formula, it should be only one – the Mountain-moving Faith or Faith of God.

Here is her testimony that she had emailed to me.

Testimony by Madam Kelly Yeong (36 years old) was healed of headache, neck pain, pain in right shoulder after being prayed for on the phone by Pastor Albert Kang

On 4th September, 2007, Tuesday evening, I suffered pain behind my ear on the right side of my head. On Wednesday morning while driving to office, I felt as though a blood vessel in my head was about to burst. The pain was so severe that I prayed and told myself that I had to see Pastor Albert Kang. Once I reached my office, I called Pastor and asked if he was back in Malaysia. He asked me what the matter was. I told him about the pain and instantly Pastor took authority in Jesus name and prayed with my laying my hand on the painful area. I was instantly healed of all pain in head, then another round, healed of pain in back of neck and finally another round, I was healed of pain in right shoulder joint.

All praise, glory and honour to God our Jehovah Rapha. 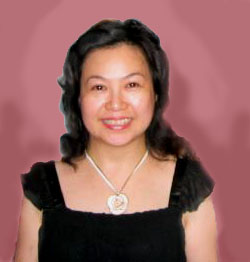