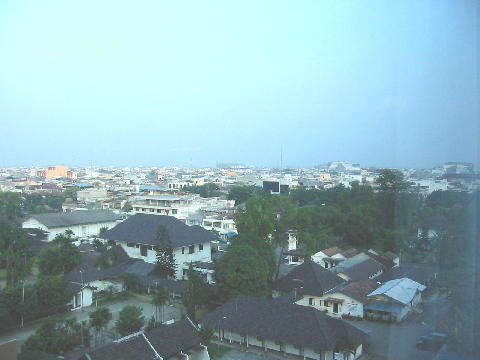 The Senior Pastor of this thriving church, Bethel Church of Indonesia Musi Palem Indah (GBI Musi Palem Indah), is Sapta Tandi. He was serving in the church since its inception less than ten years ago, and under his leadership beginning in 1998 the church mushroomed to about 2,000 people. The main reason for such rapid growth was the many miraculous healings that took place during the anointed praise and worship in their services. The Lord would move sovereignly and heal whomever He willed when such a powerful anointing was present. The miracles brought many lost souls into the Kingdom of God. 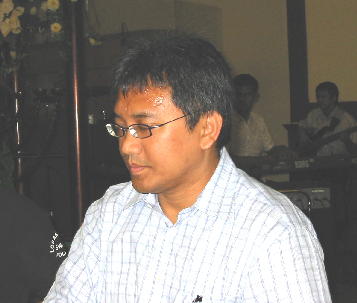 But Pastor Sapta was hungry for more. Through The Elijah Challenge Seminar he learned another dimension of healing—the authority of believers to heal through mountain-moving faith in the context of preaching the gospel to the lost. For Pastor Sapta it was revolutionary, and he quickly understood and embraced the principles involved. He now understands that the Church has two weapons for signs and wonders—“gifting” on the one hand, and “authority” on the other. Now he understands the existence and operation of “the second gun,” and is ready to lead the people to win Indonesia back for the gospel. He now wants to partner with us through our Equipping Seminar to reach his province for the Kingdom of God. He has already invited us back to train the churches in a nearby area. Rarely have we met a leader who shares such a common vision and spirit.

The equipping session on the first day was attended by 150-200 people, including 80 servants of the Lord from outlying villages and areas as far away as 7 hours by car. These brethren were very hungry and were receptive to the teaching in a way that we rarely see. Some were serving in difficult conditions and rejoiced to hear that the Lord is restoring power and authority to His people for proclaiming the Kingdom of God and completing the Great Commission.

During the demonstration of healing at the end of the session, several miracles took place. One sister reported that the growth on her breast near her armpit “popped out” and afterwards could not find it anymore. It had completely vanished in the name of Jesus. 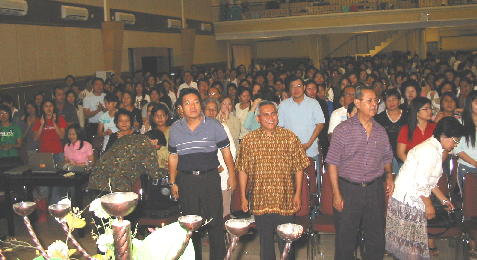 The evening evangelistic healing service was attended by perhaps 1,500 people. I preached from Isaiah 53. Then the trained servants of the Lord came forward to heal the sick in the name of Jesus to prove that He had authority to forgive sin. Multiplied miraculous healings took place as they laid hands on the sick and exercised their authority over infirmities and demons. There were testimonies of restoration of sight and hearing. Two hernias were healed. Two growths disappeared. One lady had had a plum-sized tumor on her stomach. She climbed up to the platform and asked Lucille if she could feel it with her hand. Lucille could find no trace of the tumor. The Lord proved beyond any doubt that He had authority to forgive sin and to save from condemnation in hell, granting eternal life through His death of the cross.

In the past, this church has witnessed many miraculous healings already as they worship the Lord during their services. The gift of healing appears and people are healed. Now they have learned another way—authority over disease exercised with mountain-moving faith to be used for winning the lost. This is to be used outside the church in evangelistic contexts, for example, in “marketplace evangelism.” The Church has two weapons — two “guns” — for healing the sick in different contexts. 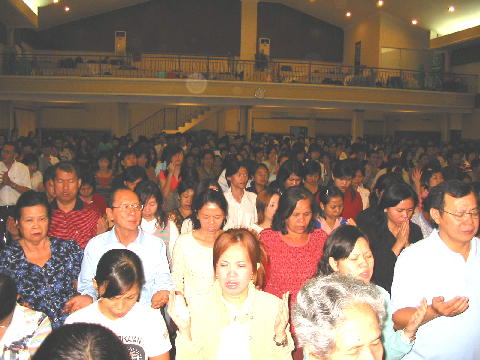 Pastor Sapta sent us two reports not long after we left testifying that the miracles have continued:

I would like to inform you that after The Elijah Challenge Seminar ended there were still more people who experienced healing after being ministered to. Pastor Augustine told me that the Holy Spirit had just healed his sixteen-year-old little brother who had been deaf since birth. After he applied the word of God that you taught in the Seminar by putting his fingers into the deaf ears, his brother could hear. Praise the Lord!

I myself saw the power of the Holy Spirit working in an extraordinary way in Singapore during our ministry there last week. There were many infirm people who were healed and one lame person stood up and walked. I believe that at this moment the Holy Spirit is working in a miraculous way so that more people will repent and believe in Jesus Christ. Those who are making the decision to receive Jesus have been more and more these past few days—they are from Musl__m and Buddhist backgrounds.”

The original message is below in Indonesian:

A 26-year-old young woman named Dessy Gultom who was lame, deaf and mute from birth was healed by the Lord at a healing service on Saturday, July 16 held at Clay River on the island of Bangka near Sumatra. I hope that you can visit Bangka next year as has been scheduled. This incident is having extensive impact there for the preaching of the gospel.

All of a sudden Dessy walked to the back of the church to get a drink of water. Her stiff and lame legs suddenly became strong and she was able to walk well. She also has begun to learn to speak although her tongue is still a bit stiff. Praise the name of our supernatural Lord!

Please continue to pray for the growth of our church in South Sumatra, especially here in Palembang. I feel that God is working in an extraordinary way to send new souls. Last Tuesday evening we held a mass healing and deliverance service [as had been taught in the Seminar]—there were manifestations and more people were set free from bondage to the powers of witchcraft by the power of the Holy Spirit.”

The original message in Indonesian from Pastor Sapta: 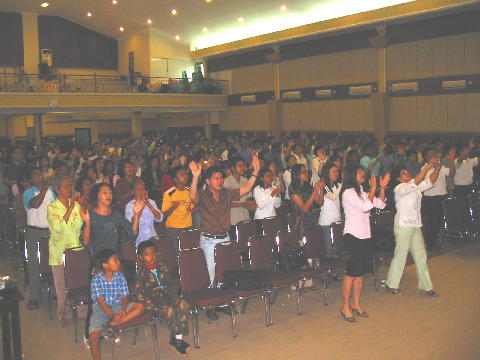 Reported to The Elijah Challenge in March 2007

It was reported that some who were trained in the Seminar applied what they learned to proclaim the Kingdom of God in a village in the Sumatran interior. At the meetings, over one hundred people were healed of diverse infirmities which included some spectacular miracles. Many people in the village accepted Jesus Christ as Lord and Savior after they heard the gospel and witnessed the miracles the Lord did through His nameless servants. The Lord is restoring the spirit and power of Elijah to the Church for the last days.