To draw the community to this open-air Christmas outreach event, live music, a live nativity scene, food and Christmas gifts for children were provided. 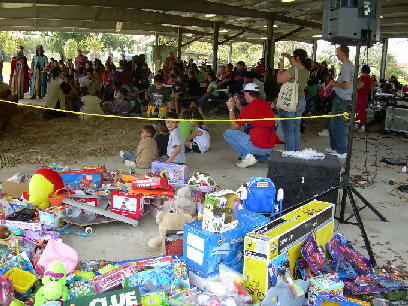 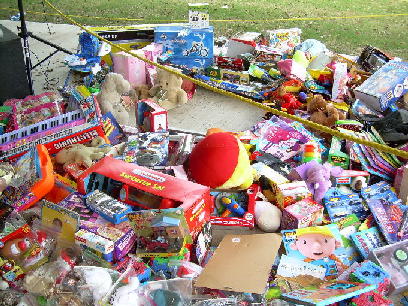 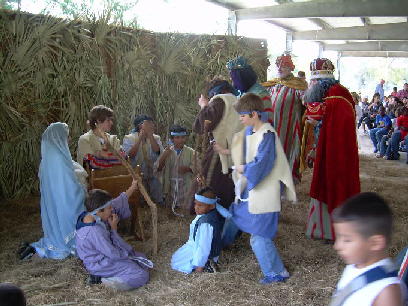 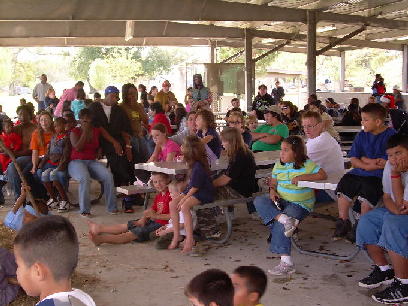 Watching the shepherds and kings worship the newborn Messiah

After the Live Nativity Scene, we preached the gospel of Jesus Christ to the people. Jesus was born to save the lost by dying on the cross to bear their sins. Sharing from Mark 2, we argued that Jesus’ power to heal the infirm proved that He also had authority to forgive sin and save us from condemnation in hell.

Then we prayed and asked the Lord to heal those present who had infirmities to demonstrate His authority to forgive sin. After prayer, the trained believers ministered healing-at-a-distance (as Jesus did in Luke 7) in Jesus’ name. About ten people, including a number of children, came forward to testify publicly that Jesus had healed them of their infirmities. (Unfortunately, not all of them testified because of a distraction that took place near the pile of toys.)

When we challenged the people to follow Jesus Christ as Savior and Lord upon the evidence of the miracles, a number of souls came forward. One of them was a young homosexual man who, under conviction because of his sin, came forward for deliverance by the trained believers.

After this the toys were distributed to the children and the people were fed.

Now may the Lord open doors for many groups in the Houston area to be equipped to do the same. No longer do we need to depend solely on superstar celebrity evangelists and specially-anointed “one-man-show” servants of God to do the work of evangelism. God calls every disciple of Jesus Christ to heal the sick and proclaim the Kingdom of God to the lost. If every church could hold low-profile, open-air (or indoor) evangelistic healing outreaches on a regular basis, there would be significant impact on the Great Commission. Miraculous healing can also easily take place in marketplace evangelism.

Imagine if the entire body of Christ is equipped to do just that. Now it is within the realm of possibility.