Not long ago three Christian women in Cirebon were arrested for “christianizing” Musl__m children. This took place after a Musl__m child was brought by a Christian friend to a Sunday School Children’s Retreat where these three sisters were ministering. At the Retreat this Musl__m child was given a “Christian” T-shirt along with all the other children to wear for the purposes of keeping track of them. She liked the T-shirt so much that she wore it everywhere after she went home following the Retreat. This was the pretext for the Musl__m outcry and subsequent arrest of the three ladies for attempt to “christianize” the child. They are currently now serving prison sentences. It is said that they continue to minister even in prison. This is a reflection of the strength of the spirit of Isl–m in this area.

In this area The Elijah Challenge held the Basic Training and an Evangelistic Healing Service. 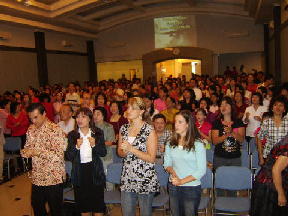 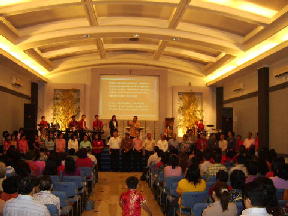 The first equipping session was very well attended. Pastor Luki Mastana’s “Keluarga Masa Depan Cerah” Church was filled with even more people than on a normal Sunday morning service. The Lord anointed us to teach and the brethren were hungry and receptive. But the demonstration of healing near the end of the session was relatively “difficult,” meaning, there appeared to be spiritual resistance present. Healing the sick was relatively slow and in one case did not take place at all. Actually there were some who were healed and testified, but it was not the usual demonstration of healing that we usually see. 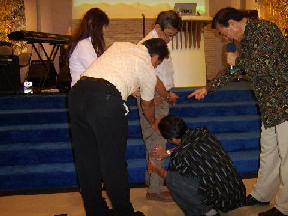 On the second night of teaching, the miracles of healing were quick and powerful as the believers laid hands on the infirm. One young woman had sprained her leg badly and slowly limped forward to the front. Four sisters, including our Canadian team members Jules and Sherlyn, laid hands on her and ministered to her. She was completely healed and ran back and forth at the front with no limp or pain whatsoever. A young medical doctor testified he was healed of a neck and shoulder problem from which he had suffered since high school. A man’s deaf ear was opened up and he could hear through the ear. (See the photos below.) There were other testimonies as well. The believers were excited and encouraged seeing how the Lord had used them. 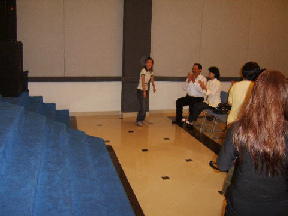 Then she walks and runs with no pain…completely healed! 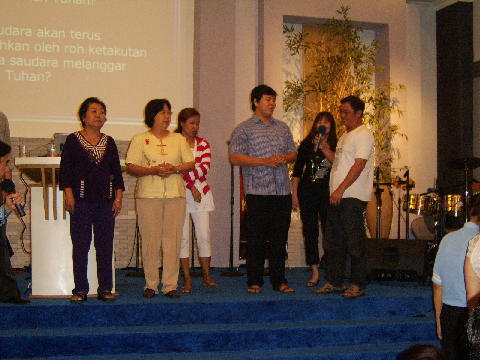 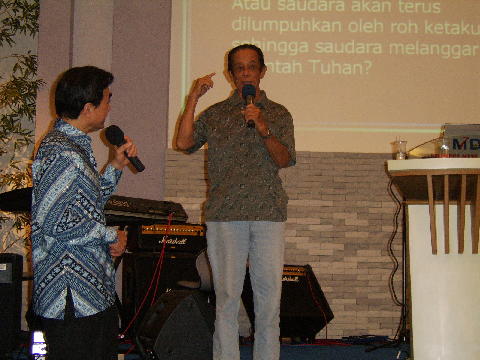 His hearing is restored

We discovered one reason for the “resistance” on the first night. One of the men who was ministering on the first night turned out not to be a follower of Jesus Christ. He was involved in some kind of spiritualism. No wonder the man to whom he was ministering reported that the pain even worsened. We are learning to exercise discernment in choosing who comes forward to minister healing. The crowd on the first night had all kinds of people, including spiritualists who were interested in supernatural healing. The attendance on the second evening was smaller, but consisted of the people we really wanted—serious disciples of Jesus Christ. 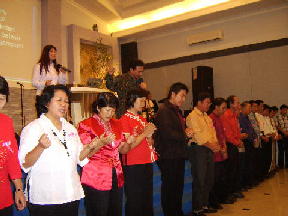 Trained believers praying before healing the sick in Jesus’ name

The two evangelistic healing services on the final day were marked by various miraculous healings as the trained believers laid hands on the infirm and exercised the authority given to them by the Lord. Included among the testimonies were two reporting restoration of sight from loss of vision, one of them caused by diabetes. A man reported that a growth had disappeared from his shoulder. He asked us to feel his shoulder, and we could find no trace of it. We believe the equipping was successful with the amount of time allotted us. The leaders are going to lead the church to use what has been entrusted to them for extending the Kingdom of God. 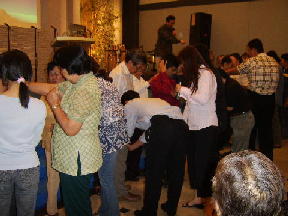 Above & below: the saints minister to the infirm 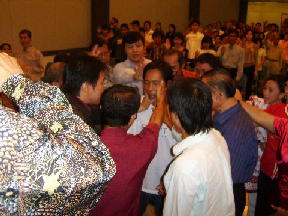 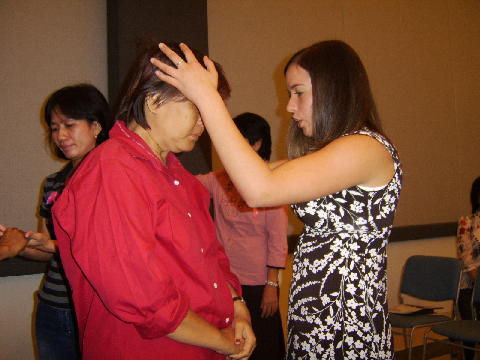 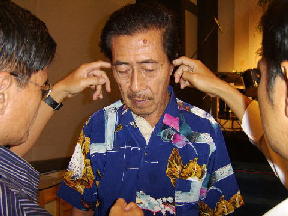 Ministering to a man with impaired hearing 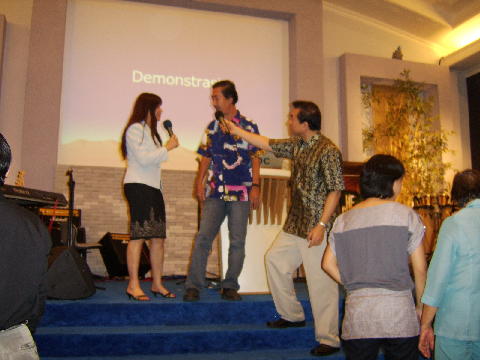 He testifies his hearing has been restored 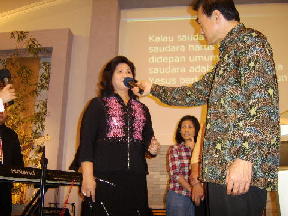 Above & below: more testimonies of healings 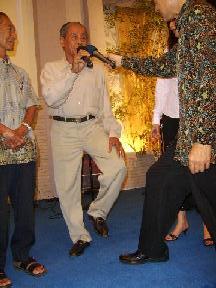 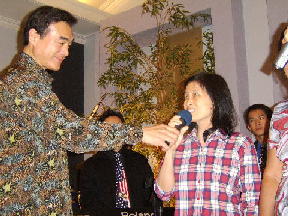 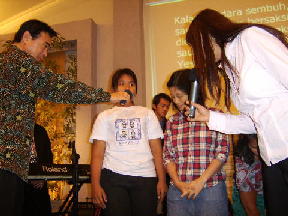 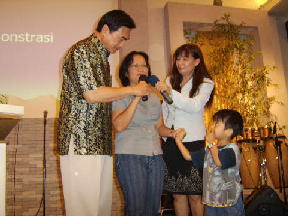 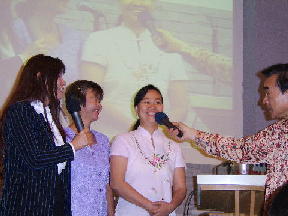 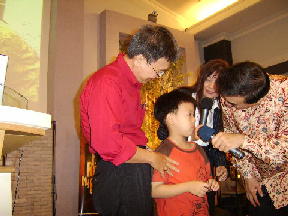 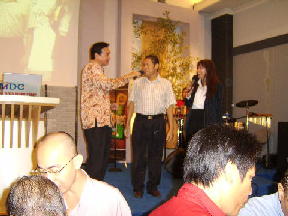 Co-Pastor Wim encouraged us by sharing with the congregation that it was one of the most effective Seminars he has ever attended where believers are actually equipped to do the works that Jesus did.