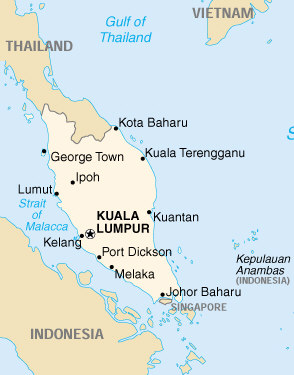 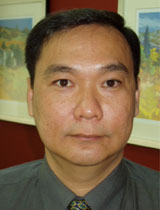 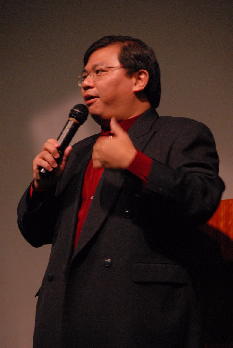 The 2007 Elijah Challenge Seminar & Rally at Wisma Eagles in Malaysia differed from the 2006 Elijah Challenge event. A Mandarin Chinese-speaking group was trained in a separate room. Most of the participants were members of Full Gospel Tabernacle. The total number of believers in attendance on the first evening to be trained was about two hundred and eighty. After the equipping of the saints, two Evangelistic Rallies were held where they would apply what they had just been taught—healing the sick to demonstrate to the lost that Jesus is Lord and Risen Savior.

At the first Evangelistic Healing Rally (below), the Father of our Lord Jesus was proclaimed as the only true God and Jesus as the only way to Him. Then the trained believers ministered to the infirm to demonstrate the proof of the assertion. 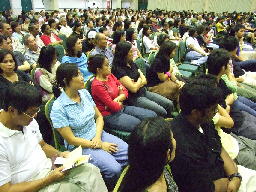 Above & below: Evangelistic Healing Rally
at Wisma Eagles 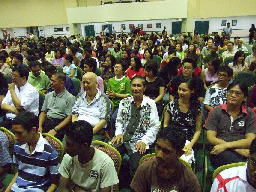 Phase I – The trained believers minister
healing a distance (Luke 7)

The Lord did many miracles in two Phases of healing ministry as attested by the many who went up to the platform to testify. (Phase I was “healing at a distance” as Jesus did in Luke 7 followed by Phase II where the trained believers laid hands on the infirm individually.) In response to this, a handful of precious souls came forward to believe in our God and His Son Jesus Christ. It was a time of rejoicing for everyone. 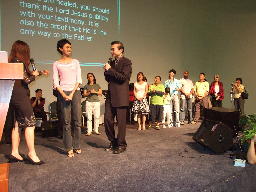 Woman with Stage 4 cancer testifies
that symptoms have disappeared 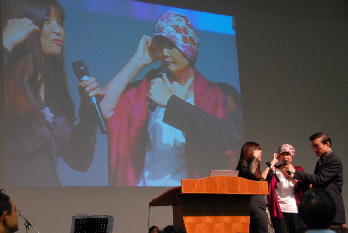 Her hearing loss from the cancer is also restored 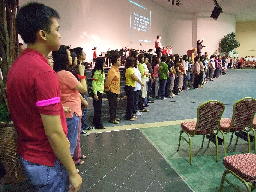 Above & below three photos: Phase II –
Hundreds of trained believers line up on all four sides
of the auditorium to minister to the sick individually 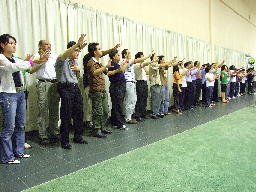 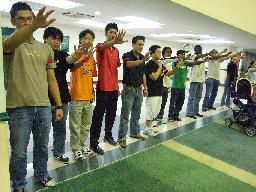 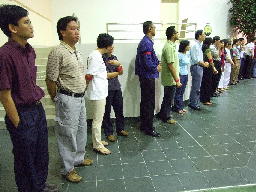 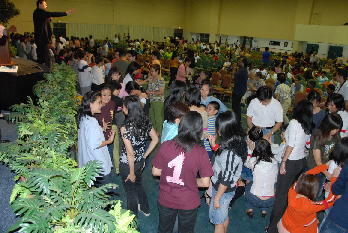 The individual laying on of hands for healing at the front 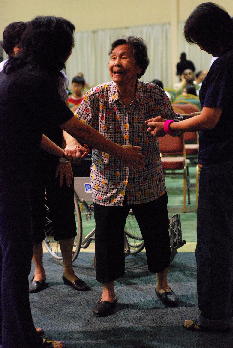 Above & below: elderly woman gets up
from her wheelchair with a big smile 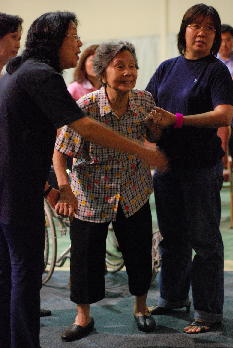 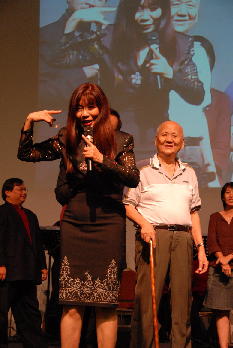 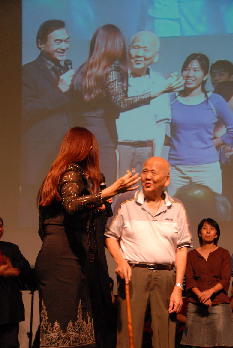 She holds up his no-longer-needed hearing aid 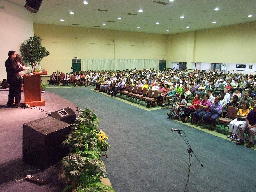 The second and final Evangelistic Healing Rally saw many miraculous healings as the trained believers ministered—far more numerous than the Rally on the first evening. The miracles performed in Jesus’ name proved that He had authority to forgive sin and save us from hell. Religion has no power to do such miracles, and no power to forgive sin. There was much rejoicing and excitement as the people testified one by one what the Lord had done for them. Some were thankful to the point of tears. 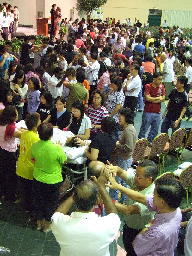 Trained believers minister to the infirm
all over the auditorium

A number of people decided to make Jesus Christ their Lord and Savior after hearing the preaching of the gospel and seeing the confirming miraculous healings.

Perhaps two hundred of those who were trained came from the host church, Full Gospel Tabernacle. They are ready to launch out to fight the Lord’s battles on their own without us. We will hear from them again.

“Thank you for the wonderful teaching in the Full Gospel Tabernacle Subang Jaya, Malaysia from 16-18 May 2007. I put this into practice on the last two nights of the Rally and saw miraculous healings on three out of five people upon whom I laid hands. One young man had suffered from a brain injury ten years ago resulting in constant pain and the necessity of walking with a stick. He was instantly healed of the pain in his brain and could walk without his stick. Another with throat and chest pain felt great relief. The last one was an elderly man with a heart condition, blurred vision in his left eye and ringing in his left ear. He was healed of the ringing in his ear, his eye sight improved, and he experienced relief from the tightness in his chest. The remaining two had diabetes which will be checked the next day. An autistic youth I ministered to appeared to be calmer afterwards. Glory to God!”