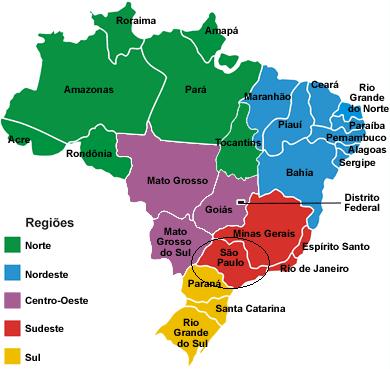 Sorocaba is located in São Paulo, a state in Brazil — the largest country in South America in terms of area, population, and economy. It has the fifth largest population in the world.

We first completed two brief Training sessions in Sorocaba at Igreja Renovação em Cristo under Pastor Daniel Jesus de Leite. At the Sunday service the Lord moved graciously and powerfully. I preached the message of repentance as proclaimed by John the Baptist before the great and dreadful day of the Lord as prophesied by in Malachi 4:5.

Luke 3:3 He went into all the country around the Jordan, preaching a baptism of repentance for the forgiveness of sins. 4 As is written in the book of the words of Isaiah the prophet:
“A voice of one calling in the desert,
‘Prepare the way for the Lord,
make straight paths for him…
7 John said to the crowds coming out to be baptized by him, “You brood of vipers! Who warned you to flee from the coming wrath? 8 Produce fruit in keeping with repentance. And do not begin to say to yourselves, ‘We have Abraham as our father.’ For I tell you that out of these stones God can raise up children for Abraham. 9 The ax is already at the root of the trees, and every tree that does not produce good fruit will be cut down and thrown into the fire.”

The Lord was gracious to confirm the message of repentance by sending the fire of healing to bring His people back to Him. Several infirm people who had been healed through the newly-trained disciples came up to the stage to testify. With one accord the congregation repented in order to prepare the way for the Lord’s coming; they are going to produce good fruit for the Lord.

Perhaps we are in the last days preceding the second and final great and terrible Day of the Lord. The spirit of Elijah is being restored to the Church. No longer will we only hear the message of God’s love and blessings preached from pulpits. But God’s wrath and repentance will be preached to bring God’s lukewarm people back to Him to prepare the way for His coming.