Dead girl raised back to life at Crusade meeting – March 2005

Testimony of Evangelist Emmanuel, trained in our Seminar in Nigeria in November 2004:

“It was on the morning of March 27, 2005. When I was rounding up my 2 days indoor healing Crusade with a church called God’s Time Bible Church. As I was about to preach, the host came up to me to inform me about a girl who was said to have died about 3 hours earlier. When I heard it I was reluctant to accept her for prayer, thinking that she may not be brought back to life and that would mean an embarrassment. But nevertheless a thought came to me that the same God who has been doing miracles through me will use me to raise the dead. I demanded that the body should be kept at the altar. I took my kingly authority and commanded with holy anger that the spirit of death should leave. It appeared as if nothing would happen but I still remained on my stand that it must obey. Within a period of about five minutes, the girl opened her eyes and the crowd began to shout with joy, singing and praising God.” 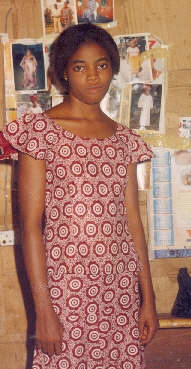 Nnene, girl raised from the dead

This is the testimony as told by the aunt of the girl that Jesus raised from the dead:

“I am the aunt of Nnene (the girl who was raised from the dead). I am Sis Comfort by Name. On the 26th of March we all ate and watched some films and retired to bed. When we woke up the next morning and started preparing for church, Nnene was still in bed, we didn’t bother because she didn’t like going to church. One of my sisters decided to wake her up.

“Nnene could not wake up!” my sister screamed, and I rushed in to see what the problem was. Behold, Nnene was gone.

We all tried to revive her, all to no avail, until some people confirmed her dead. As the Lord would have it Evangelist Emmanuel was holding an indoor healing crusade with us in the Church (God’s Time Bible Church, Bendel Estate, Delta State). We decided to take her body to the Church that Sunday morning on which the incident took place. On arriving at the church we told the Pastor to inform the Man of God if he will agree to pray for the girl. By then it was about the 3rd hour after which she had died. The Evangelist demanded the corpse; he told us to put it at the altar and commanded the spirit of death to leave. It looked as if nothing happened. But within some few minutes my niece was brought back to life, and she is still alive and well. Praise the Lord!” 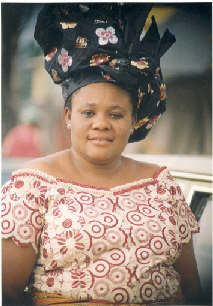