Mr. Asman Sembiring is the head of INDOSOM, the theological seminary in Bandung which hosted The Elijah Challenge Seminar. As part of their mission statement, INDOSOM equips servants of the Lord and then sends them out to plant churches. All of the students of INDOSOM are on scholarship. This is possible because the founder of INDOSOM is Mr. B. Tarigant, a committed Batak disciple of Jesus Christ who is a successful businessman. He also founded Bethel Church of Indonesia Sukacita, a group of affiliated churches. 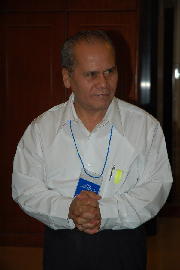 INDOSOM and Bethel Church of Indonesia brought their people from different regions, even from remote areas like Nias in North Sumatra and Borneo, to be equipped with powerful weapons for the proclamation of the Kingdom of God. 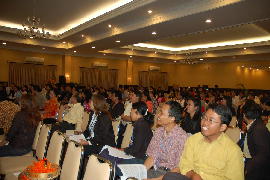 One of the equipping sessions

The Lord graciously confirmed the teaching before His servants during the demonstration at the end of the first session. All those who came forward for healing—those who had had knee problems—reported that they had been miraculously healed in the name of Jesus as hands were laid on them. 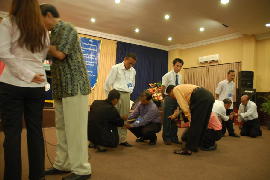 Above: ministering to those with knee problems
Below: all testify they were healed in Jesus’ name 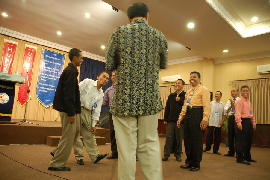 After the first session Mr. Sembiring (the head of the Seminary) reported that they had never heard such teaching from the Bible before. Through the word of God they had been delivered from the spirit of fear that had paralyzed them for so long in the area of miraculous healing for the proclamation of the kingdom of God.

The Evangelistic Healing Service on the second day was marked by miraculous healings as the gospel was preached and the trained servants of God ministered to the sick. The believers were greatly encouraged to witness what the Lord had done through them. In the past, they were plagued by ineffectiveness, fear and doubt when it came to healing the sick for the sake of the gospel. After the equipping they ministered to the sick with the power and boldness that comes from the Lion of Judah. 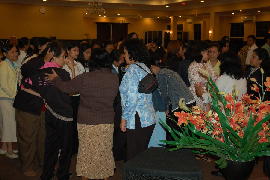 Above: the trained believers minister to the infirm
Below: those who are healed line up to testify 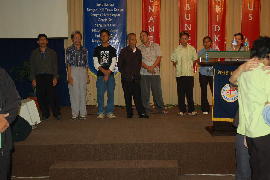 One woman at the meeting had been deaf in one ear since her fifth year in elementary school. When one of the trained sisters ministered to her in Christ’s name, the Lord healed her ear completely. She was able to hear from that ear for the first time in nineteen years. 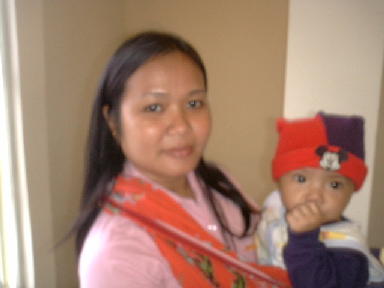 Her hearing was restored

In October 2003 The Elijah Challenge came to Bandung to train servants of God to reach out to the world’s largest unreached people group, a highly gospel-resistant tribe in West Java. At that time in particular there were two servants of God who came for the equipping, Davy and Elias. After the meetings these two brothers began an outreach to this tribe using the tool of miraculous healing as well as that of contextualizing the gospel to their culture.

Their efforts have been historic, breaking through with the gospel in an unprecedented way. Based on a report received from them in October 2006, they had already reached eighteen villages with the gospel. It happened that Davy and Elias were able to attend the meetings at INDOSOM being reported in this article. At the meetings they reported that now twenty-four villages have been reached for the gospel of Jesus Christ. 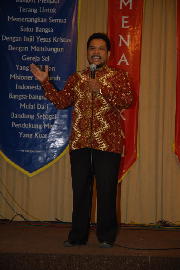 Updated 2013 Report on their historic outreach