At the Elijah Challenge Seminar held by the Gereja Kristen Perjanjian Baru (New Testament Christian Church), many leaders were equipped. At the first session on Friday evening there were approximately 250 people present, may of them cell group leaders. The Lord was gracious and performed many miraculous healings through the believers, both during one-on-one ministry as well as mass healing. All the people very encouraged. One of the cell group leaders was so convicted by the miracles that he came to the front and confessed before the crowd that he had still been smoking in secret. Before everyone he repented of his smoking and threw away his cigarettes. 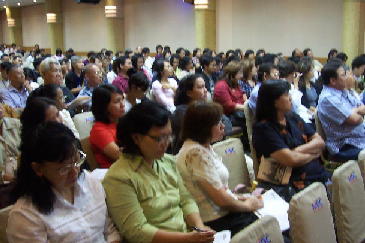 At the final session on Saturday some of the sisters ministered to an elderly Musl__m woman who had no movement at all in one of her legs because of a stroke (see photo below). Afterwards she was able to take steps with that leg when she was lifted up on each side. When asked, she said that she wanted to believe on Isa Almasih (Jesus Christ in Arabic) as her Lord and Savior. 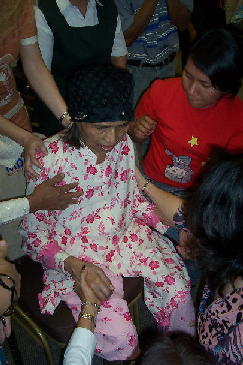 Above: Believers minister healing to lame Musl__m woman
Below: Afterwards she is able to take steps with help 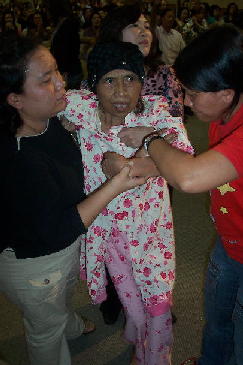 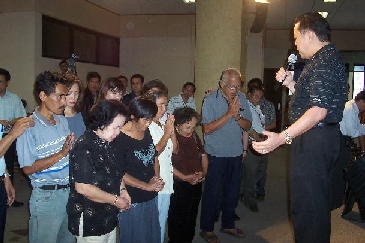 On Sunday during the three services the Lord again confirmed His word by performing various miracles of healing as the believers laid hands on the infirm. 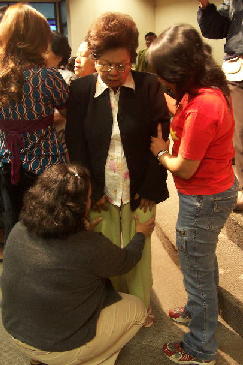 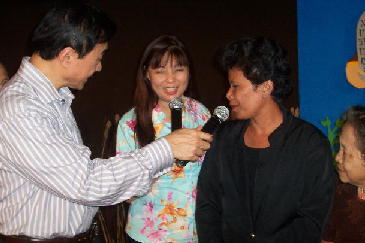 One of many testimonies of healing

Since they have been trained how to heal the sick effectively, the New Testament Christian Church now plans to hold a Healing Night every two months. They are also encouraging their cell group leaders, who attended the equipping, to reach out to the lost through their cell groups. The sick can be healed in the meetings to draw them to Jesus Christ.

Received from the New Testament Christian Church on October 18, 2007

“Last September 16 we held a night of miracles and healing for the first time since your Seminar last March. Praise God, there were about 3,000 in attendance, and they experienced many miraculous healings.

Our Senior Pastor Bambang led us from the stage while the counselors who laid hands on the infirm were those who had been trained in the Seminar last March.

We feel the faith of our congregation grew more and more through that kind of meeting. It had positive impact on us.”

The original message in the Indonesian language: