We arrived at Mindanao from Cebu. We heard so much about the activities of the terrorists that we were a little apprehensive. However, we were told by our hosts, Rev Lorenzo Palisoc Oalican and his wife, Rev Alma, that we were in a very safe city – Butuan City. The “danger zone” was eight-hour drive away and so we should have no fear of any terrorist attack.

Butaun is a beautiful Filipino city that most probably got its name from the sour ‘Batuan’ fruit. Some claimed that it was named after a local chieftain, ‘Datu Buntuan’. The Butuan River which is widest and longest navigable river on Mindanao runs through the city. The wealth of Butuan and the surrounding region came from the logging business and thus earning the city the title of ‘Timber City of the South’.

Our actual destination was ‘Jesus the Way Church’, a small village congregation situated at Agong Ong, a barangay in a second class municipality known as Buenavista. This small municipality is located at the province of Agusan del Norte. Pastor Lorenzo and Pastora Alma are the pastors of this growing church.

On 17 March 2010, the villagers from the surrounding barrios gathered for the first evening of healing training and demonstration at this village church. They were expecting a healing evangelist but instead they were told that they were to heal the sick themselves.

After I have shared with them about the importance of having mountain-moving faith to heal the infirm, the people were ready to exercise what God had given them. More than ten villagers came forth to be healed. As all of these infirm were Christians, Pastor Lorenzo led them in a prayer of confession of sins and repentance. After that, those believers, who were doing the healing, were taught how to interview the infirm. Pastor Butch Nacua who followed us to Mindanao, helped in giving the healing commands in English and Cebuano. People with simple sickness such as sore throats to chronic backaches and arthritic pain began to respond to God-given authority to heal.

Testimonies of healing brought much applause from all in this small village church. A visiting pastor was healed of his back pain. A mother was healed of the pain in her abdomen. An elderly lady who had a growth on the left side of her neck testified that before the healing she could hardly move her head without extreme pain on her neck. After the village believers exercised their authority to heal upon her, all the pain had left and she could move her head freely. A young lady’s throat inflammation and chest congestion were completely healed. A few ladies and men were healed of a long-time back pain. Apparently because of the hard back-breaking work, many in this rice-growing community suffered from back injuries and thus, continual pain. A young girl was healed of an eye condition. A man received complete healing of his sinus problem after the believers laid hands and commanded it to go in the name of Jesus. He exclaimed that his sinus cleared up instantly after having been blocked for days.

A lady wore woollen cap and warm clothes because she believed that these were helpful in preventing her fever and headache from aggravating was healed instantly. The fever was broken and immediately, the headache left her too. Strength returned to her weak body and subsequently she helped to heal others. Arthritic knees and limbs were among the easiest to be healed. A number of infirm were healed of such infirmities. A lady with frozen shoulder praised God for her healing and she could lift up her arm without pain. All these grateful villagers of Agong Ong, who received God’s healing miracles, testified to the glory of Jesus Christ.

Christ the Way Church during the first evening 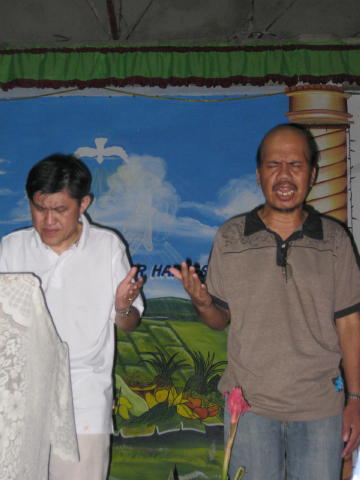 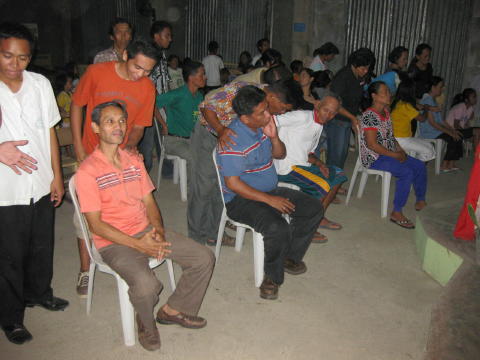 The infirm were asked about their infirmities 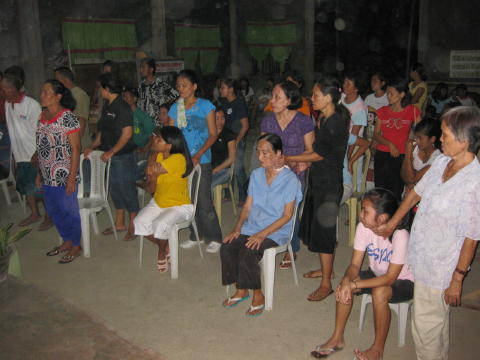 These village believers showed simple but great faith to heal 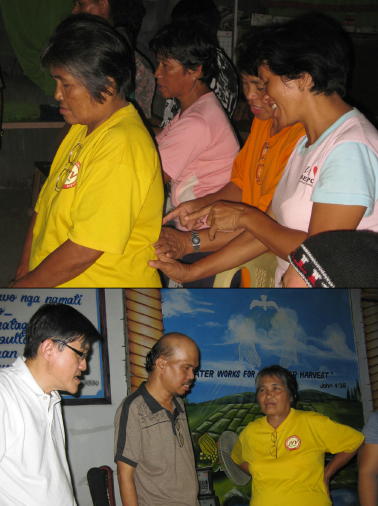 A lady was miraculously healed of her chronic back pain 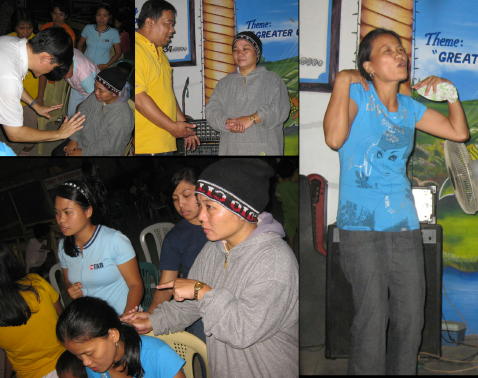 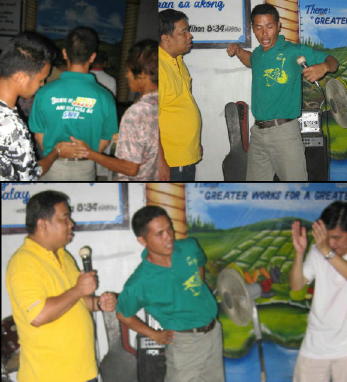 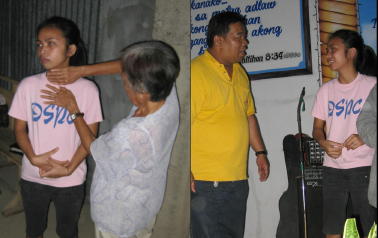 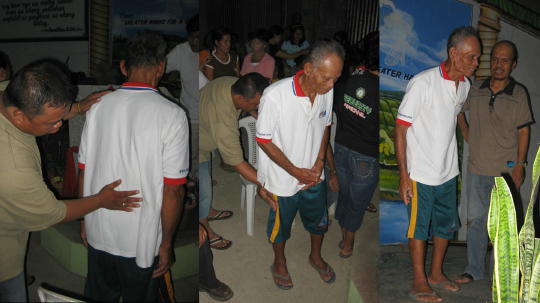