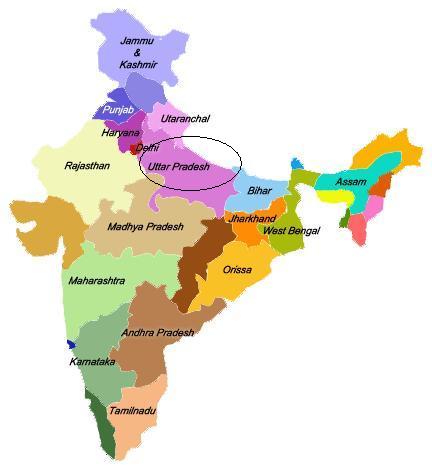 “We had an unbelievable gospel event at Muzafer Nagar District in Aklore Village. This village is surrounded by another twenty-three Hindu villages. Our Elijah Challenge-trained pastor Kiran Paul and five other pastors have been inviting us for a long time to hold a Feeding Event in their villages. This time actually we had planned for Hryana District, but again and again we received requests from these pastors. We put the matter before the Lord in fasting and prayer. This time the Lord showed us to go to Aklore, Muzafer Nagar District. Obedient to the Lord’s voice, we believed it was God’s timing. 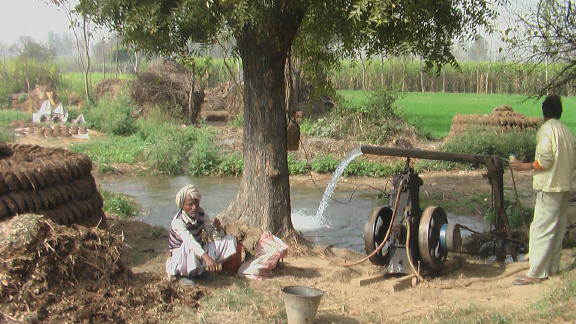 Above & below: the village of Aklore 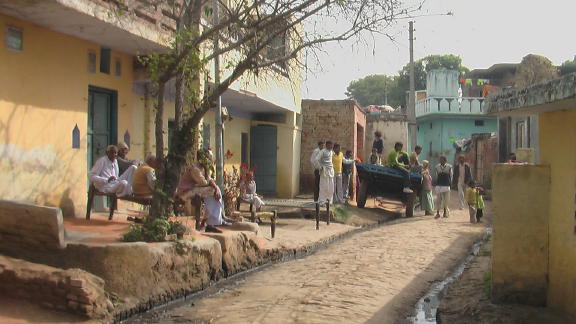 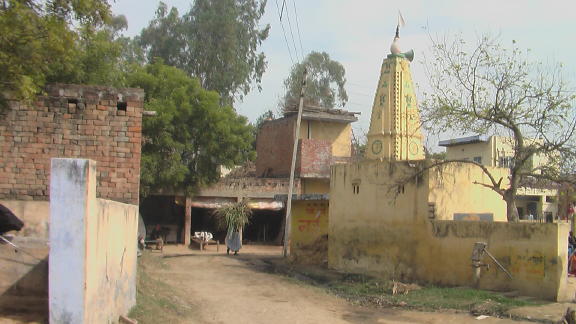 When our Elijah Challenge-trained pastors were inviting people to the meeting, all the Hindu fundamentalist groups turned against them and threatened them with dire consequences if they held a Christian meeting. Our Pastor Kiran Paul went to the police and they advised him not to conduct a meeting as there would be violence. Pastor Kiran called us on the phone and told us about the situation, but we said ‘no matter what happens we will have the meeting!’

In the same village we knew deep in our hearts God was leading us to the same village. As 2009 begins this is the first Feeding Event. When Pastor Simon and I reached the village on 19th January 2009, it was a big surprise when Pastor Kiran told us we will have our meeting on a Hindu temple ground where the Hindus will feel free to come. This time we wanted to see what would happen…it was like an [Elijah!] challenge. 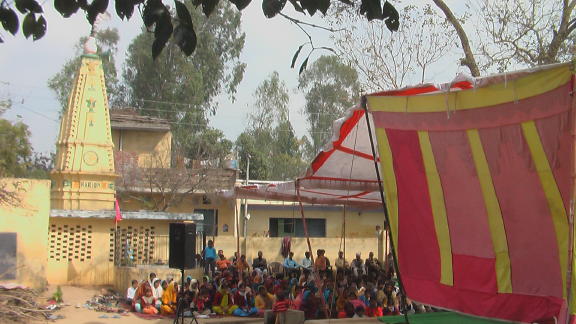 To our surprise close to 300 villagers came to hear the gospel. Pastor Simon preached. By this time the police had arrived and the press reporters came to see what we were doing. The fundamentalist groups spread the news that “conversion” was taking place. Everyone on the Hindu temple grounds heard the simple gospel. At the altar call, to our amazement, 100% of the people responded. In front of their gods and goddesses they shouted “I ACCEPT JESUS CHRIST AS MY LORD AND SAVIOUR.” Right from Satan’s home we snatched souls into the Kingdom of God. Our Elijah Challenge-trained pastors healed the sick. The news went to all those villages.

Now our co-workers have open doors to reach all those villages surrounding Muzafer Nagar and to plant Elijah Challenge Churches.

Please continue to uphold us in your prayers.” 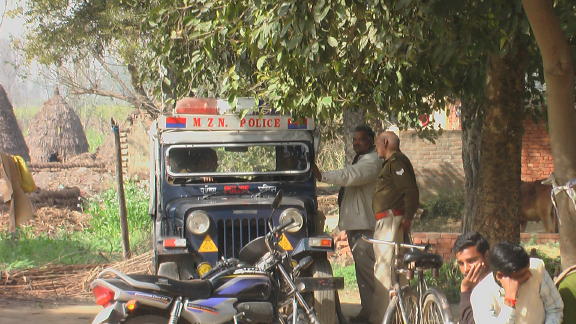 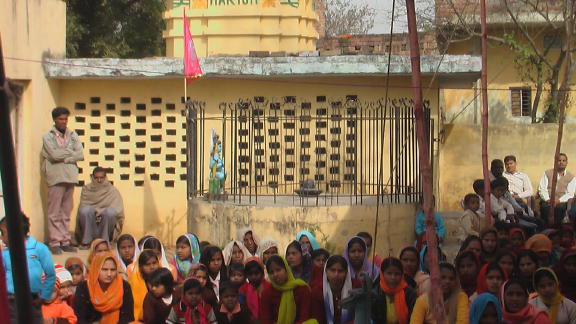 Hindus gather on the grounds by the Temple 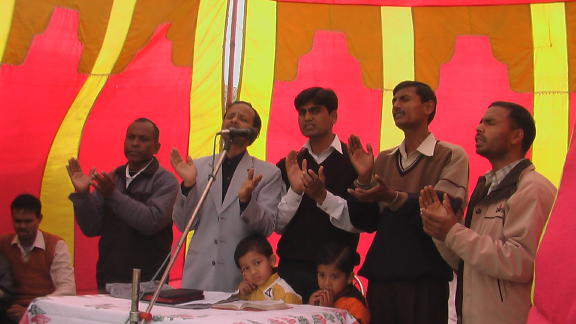 The preaching of the gospel to the Hindus 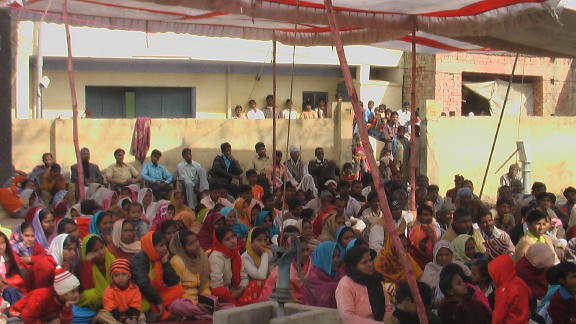 Above & below: Hindus listen to the gospel on the Temple grounds 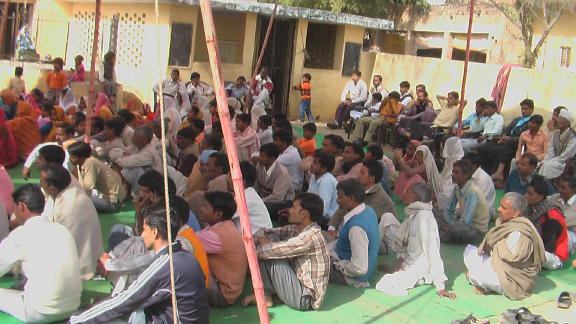 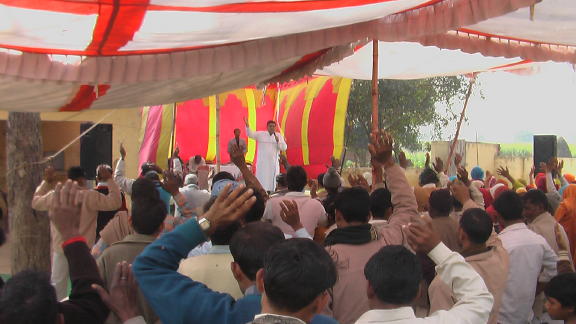 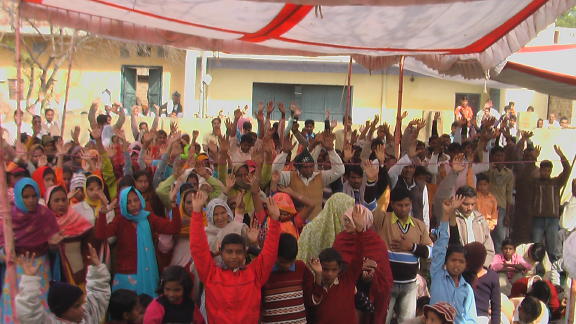 Every Hindu on the Temple grounds surrenders to Jesus Christ 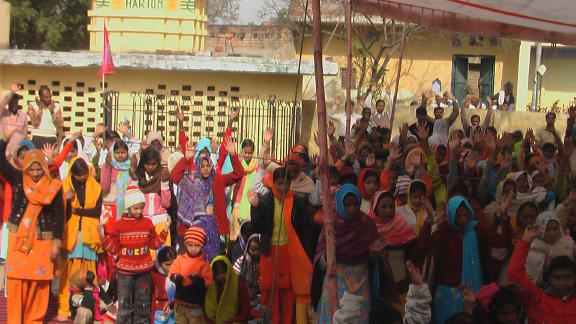 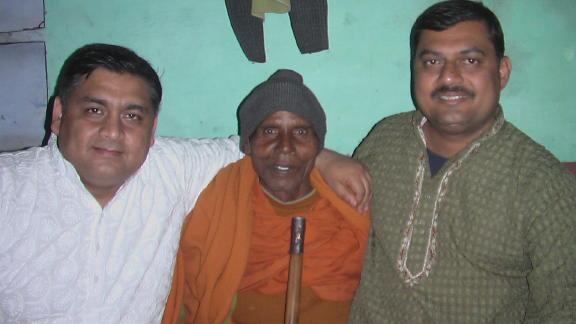 Healing of the sick by Elijah Challenge-trained pastors (Luke 10:9) 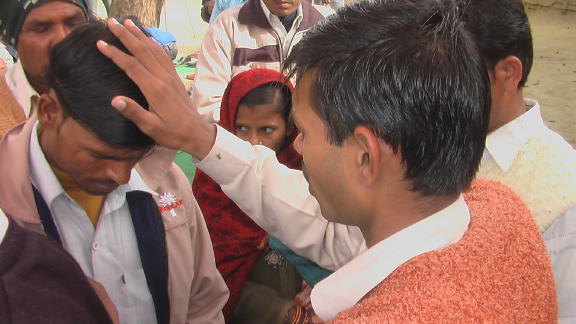 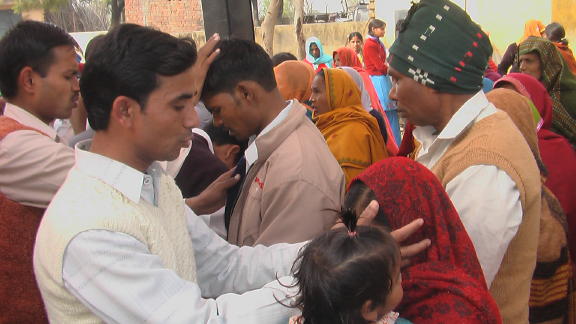 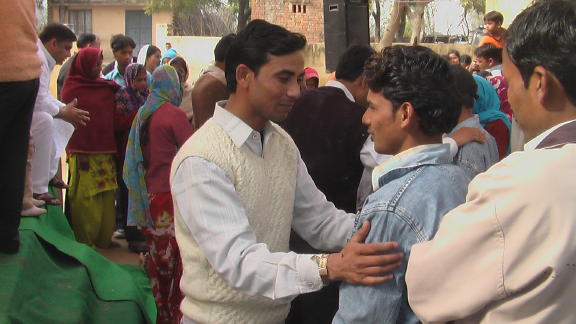 Demon-possessed man delivered by the power of God 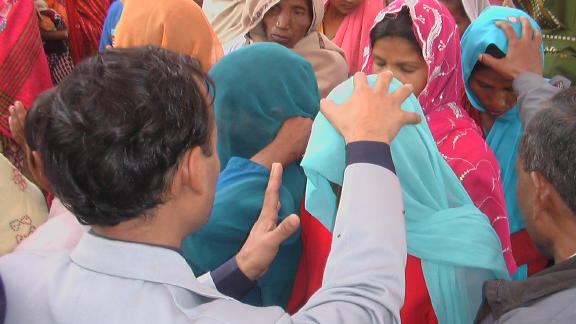 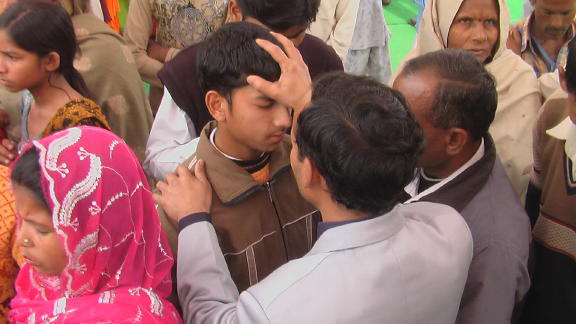 Some testimonies of miraculous healing 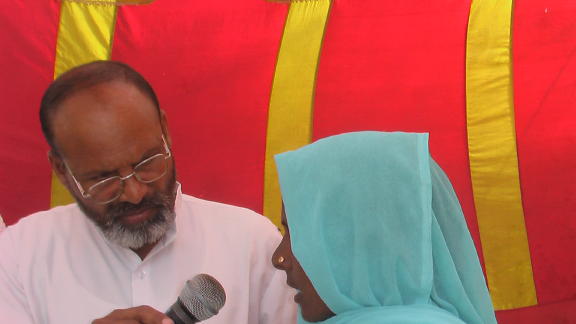 Our Elijah Challenge-trained Pastor Kiran Paul interviews Sumitra Devi as she testifies. She had been suffering from depression and from pain in her neck and head. After she was healed by the Lord through the servants of GOD she gives thanks to Jesus Christ. 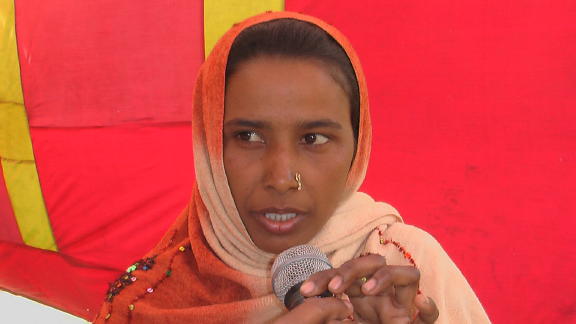 Because of severe back pain, this Hindu woman for over a month could not get up on her own without help from another person or using a stick for support. Praise God she is totally healed and has NO MORE PAIN IN HER BACK! 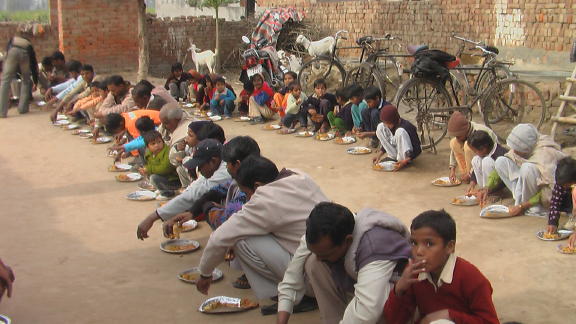 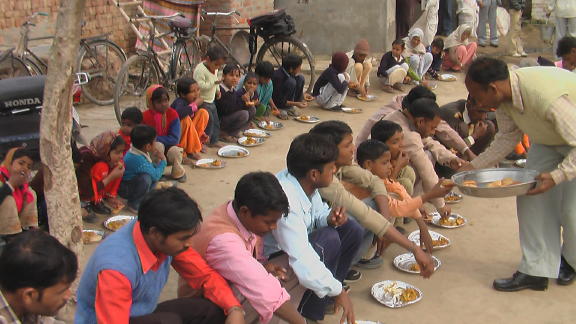 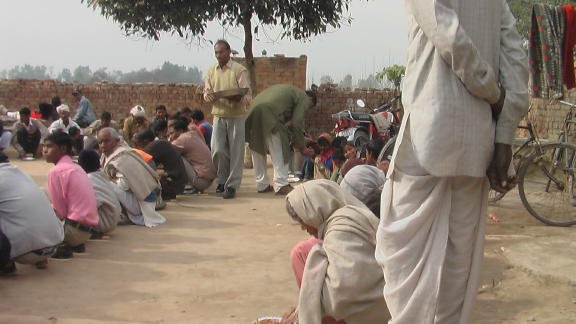 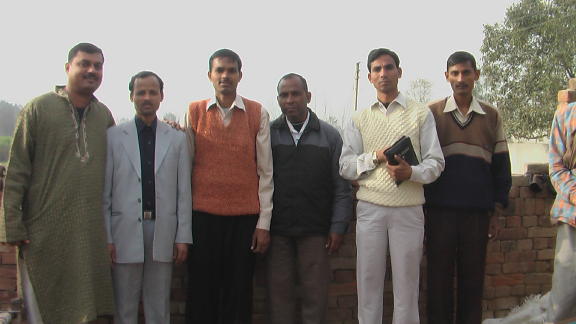 “We invited Pastor Simon Haqq to hold a gospel event in our village. After two years he finally agreed to come [with The Elijah Challenge team to hold a Feeding Event]. I believe it was God’s timing.

I am the only Christian family in my village. When I was advertising about
the meeting all the Hindu militant groups turned against us. These radical
Hindus threatened me with dire consequences if we were to hold a Christian
meeting. So I went to the police who advised me not to conduct a meeting as
there would be violence.

Then I called Pastor Haqq and he said no matter what happens we will have
the meeting. To my surprise he said we could have the meeting in a Hindu
temple where Hindus will feel free to come. In my mind I disagreed but in my
heart I desired to hold a meeting in a temple.

To my surprise 250 to 300 villagers came to hear the Word of God. Brother
Simon preached the gospel.

By this time the police entered our village, followed by the newspaper
reporters and then the CBI (equivalent to the FBI in the US). They all came
to see what we are doing. The police and the CBI spoke to people in the
congregation and even examined the preaching notes that Brother Simon was
using.

The militant groups spread the news that Christian conversions were taking
place. Pastor Simon preached the simple gospel and made the alter call. To
my amazement 100% of the people responded. In front of their gods and
goddesses they shouted I ACCEPT JESUS CHRIST AS MY LORD AND SAVIOUR. Right
from Satan’s home we snatched souls into the Kingdom of God.

During the altar call one policeman got touched by God. His severe pain
vanished and he testified that God is in this place. After some time his
officers came to pastor Simon to ask for a Bible.

As Pastor Simon was sitting in a house the priest of the temple came and
said “I also want Jesus in my heart.”