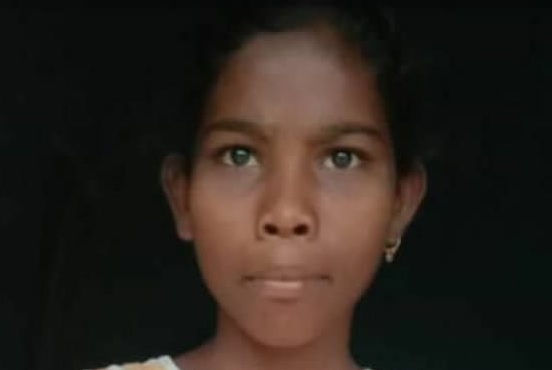 “Praise the Lord for enabling our workers here in India to continue preaching the gospel and planting house churches during this current pandemic. Despite the various government rules and regulations which would keep us locked down, the ministry by God’s wonderful grace is going on smoothly.”
.

“Young Sasmita (above & below) had sickle cell anemia. According to her doctor the disease was incurable. She would be sick for days each month despite the blood transfusions she received monthly. A few months back our Elijah Challenge workers visited her home and ministered to her in the wondrous name of Jesus Christ. For four months after that she didn’t need to take any more blood. Sasmita had been miraculously healed by our Lord. Along with her husband she accepted Jesus as her only Lord and Savior.”
. “A year ago Mahendra Majhi (below) had a severe accident in which his leg was fractured. Following medical treatment he was OK, but pain remained and he couldn’t walk properly. After our workers ministered to him, the pain vanished and Mahendra could walk normally. He put his faith in Jesus and is now attending one of our house churches.”
. “Purnima (below) had had arthritis and back pain for a long time. A lot of medication didn’t help. Then she started attending one of our house churches where she was miraculously healed in the name of Jesus. Both Purnima and her husband accepted Jesus Christ as only Lord and Savior.”
. “Arjun Mahanad and his wife had an infant girl (below). After a few days the baby fell ill, and began suffering from sudden panic. Totally confused, Arjun and his wife had no idea what to do. Then our Elijah Challenge workers stopped by and ministered to the infant. She was miraculously healed. They accepted the Lord Jesus.”
. “A young man named Raja Jagat (below) had water in his kidney causing an infection. He was very frightened and anxious. The treatment for such kidney disease would be very expensive. But he was miraculously healed by the Lord after our workers ministered to him. Raja put his faith in Jesus Christ alone and accepted him as Lord and Savior.”
.