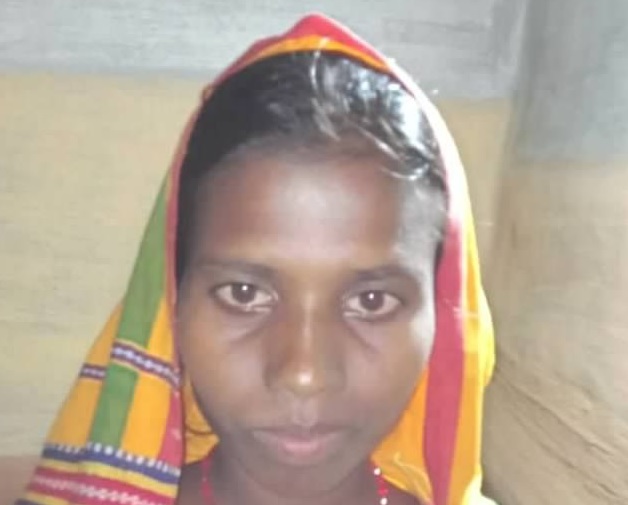 “Thank you so much for your intercessory and financial support for the extension of His kingdom here in India. We just visited our Elijah Challenge harvest fields in Raipur. We are glad to see the wonderful harvests through our workers even during this lockdown period. We are receiving so many reports, but without photos. Those without photos I won’t be sending to you.”
.

Selected reports among very many…

“For six months Rabanti (above & below) living in the village of Baladmal had an issue of blood. Neither allopathic nor ayurvedic medicine helped. After her husband came to hear about our workers, he called them. Through their ministry our gracious Lord healed Rabanti completely. Both she and her husband accepted Jesus Christ.”
. “Sahadev (below), a young man living in the village of Goghatpali, had sickle cell anemia. Most of the time he felt ill and was in depression. Despite taking a lot of medicine, he wasn’t well. But when our Elijah Challenge workers came and ministered to him with the Lord’s supernatural authority and power, he was miraculously healed. Sahadev accepted the Lord.”
. “In the village of Karalchapper lived a man named Birsha (below) who for three years suffered from bad arthritis. Despite the medicine prescribed for him by different doctors at various hospitals, he didn’t get better. Then he approached our Elijah Challenge workers who ministered to him in the name of Jesus. He was miraculously healed and able to walk normally. Birsha accepted Jesus Christ.”
. “Kamini (below), living in the village of Ragunathpur, was severely demonized and no longer in control of herself. Her family called the village sorcerer to come deliver her, but he failed. The sorcerer called still another sorcerer to help, but he also couldn’t do anything. Nevertheless, both sorcerers demanded payment from the family. Finally they called our Elijah Challenge workers who came and ministered to Kamini in the powerful name of Jesus Christ. The demon then left. Both Kamini and her husband then accepted Jesus as their only Lord and Savior.”
. “Hema (below) had been severely tormented by a demon. Every time she was alone it would attack her. She was so frightened that she moved to another room. But nothing changed. She couldn’t sleep at night. Her husband called a sorcerer to come and evict the demon from her room. But even after he performed various mantras, the demon continued tormenting her. Then our Elijah Challenge workers came and ministered to her in Jesus’ name. Hema was totally delivered by the Lord.”
.