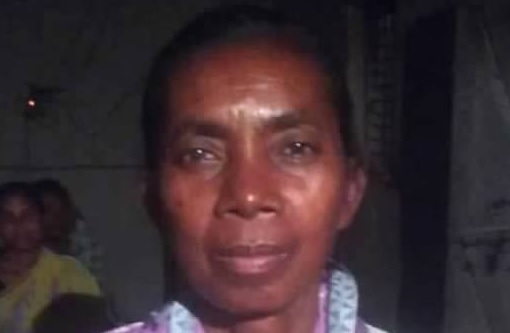 “Thank you so much for your intercessory  and financial support. The Lord is good to us, keeping our harvest workers safe and in good health during this second wave of the pandemic here in India.”
.

“After getting poisoned by swallowing matchsticks accidentally, Kasturi’s stomach was severely infected. Her body was swollen. She was taken to a local hospital, but due to her condition the doctor advised her to go to the district hospital for more advanced treatment. But Kasturi’s family couldn’t afford it, so instead they got connected with our Elijah Challenge workers. After they ministered to her in the name of Jesus, she was wonderfully healed. Kasturi accepted Jesus Christ as her only Lord and Savior.” (Kasturi’s photo above & below)
. “Little Ashis (below) suffered from an open wound on his tongue. His parents took him to doctors, one after another, but their little boy wasn’t healed. Then they heard about our Elijah Challenge workers and summoned them. After they ministered to Ashis with the Lord’s authority and power, his tongue was miraculously healed. His grateful parents believed and accepted Jesus Christ.”
. “For the past few months, Sahani Khadia (below) had had malaria. Nearly every month the malaria would erupt and his temperature would skyrocket. Malaria medication didn’t help. But after our workers ministered to him in Jesus’ name, the malaria vanished. Sahani put his faith in Jesus as Lord and Savior.”
. “Young Manas (below) had sickle cell anemia for a long time, and needed frequent blood transfusions. In his village he happened to live near where one of our house churches was meeting. One Sunday he attended the meeting where our workers ministered to him. The Lord then healed him from the sickle cell, and Manas accepted Jesus.”
. “Sarita (below) was severely demonized, creating havoc at home for her family and even in the village where they lived. The village sorcerer was called. But instead of leaving Sarita, the demon brought even more trouble to her family. So another sorcerer was summoned. But he also failed to help. Then our Elijah Challenge workers came, rebuking the demons in Jesus’ name and commanding them to leave. The demons left, and Sarita and her family accepted Jesus. Praise the Lord!”
.