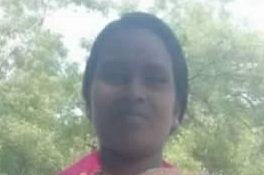 “Thank you so much for your intercessory and financial support for the extension of His kingdom. We are doing well here, rejoicing in the Lord to receive powerful reports from our harvest workers.  Praise the Lord!”
.

“Kuli Lugun (above & below) had tested positive for COVID-19. For ten days she had fever, headache, cold, and cough while feeling pain in her entire body. Then after our Elijah Challenge workers prayed and ministered to her in the name of our Lord Jesus Christ, Kuli was miraculously healed. She believed and accepted Jesus Christ as her only Lord and Savior.”
. “While collecting firewood in the jungle, Parbati (below) had a stroke. One side of her body was paralyzed and she couldn’t walk. One of her relatives had to go bring her home. For a month she lay in bed paralyzed. Medicine did not help her. Then our Elijah Challenge workers arrived at her home to minister to her in Jesus’ name. The Lord healed her, and Parbati got up from her bed and walked normally. Along with her family members, she accepted Jesus.”
. “Six-year-old Juli (below) had sickle cell anemia and needed a blood transfusion every two months. Her father had taken her to several hospitals for treatment and spend hundreds of thousands of rupees, but Juli did not get well. Then he heard about our ministry, and brought Juli to the home of one of our Elijah Challenge workers. He prayed and ministered to her in Jesus’ name, and shared the gospel with them. From that day onwards Juli no longer needed blood transfusions. She and her father and the family put their faith in Jesus Christ.”
. “Rasmi (below) had been severely demonized for two months. Her mind had been affected and she could no longer recognize her husband and her children. She would be talking all kinds of nonsense to everyone. Her husband was very worried on account of their two baby girls. He summoned a sorcerer who performed mantras and other required rituals, but Rasmi wasn’t set free. Nothing he did worked. Then our Elijah Challenge workers were asked to come and help. After they commanded the demons to leave Rasmi in the authority of the name of Jesus, she was delivered. The entire family accepted Jesus Christ.”
. “Young Prami (below) had suffered from jaundice for a long time. Her father couldn’t afford the treatment, so instead he was going to take Prami to an ayurvedic doctor in the village. While he was getting the funds together for the local treatment, he came across our Elijah Challenge workers. He called them to come to his home where they ministered to Prami each evening for three days. The Lord healed her from the jaundice. Both her father and mother believed and accepted Jesus.”
.