Woman had lost her three children one-by-one and then her husband to witchcraft. After their deaths she herself was attacked… 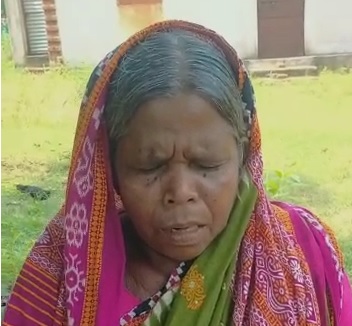 “Praise the Lord for the marvellous work He is doing in our harvest field here in India. Thank you so much for your intercessory and financial support for reaching the as-yet unreached—those for whom the gospel is totally not available.”
.

“Due to witchcraft sent against her family, Kamalani had lost her three children. Typically they would get sick for a few days, but then—unexpectedly—they would die. Within a single year her three children died, one after another. Even their doctor was speechless, unable to explain it. Then her husband died as well, leaving her all alone.

Then one day the same sickness which had taken her entire family came upon Kamalani as well. But then she came across our Elijah Challenge workers and shared with them what had happened to her family. They felt greatly burdened for her, and ministered to her with authority in the name of the Messiah Jesus. Kamalani was miraculously healed and set free from the demonic attack.

Such things happen even in today’s age of advanced technology. More servants of God need to be trained to minister with the Lord’s supernatural authority and power.”
.

“For a long time a woman named Susila Pradhan had high blood pressure and diabetes. She had taken the medicine prescribed for her by her doctor, but her condition remained unchanged. Then she went to the temple priest who gave her medicine to take, but her blood pressure went out of control. Finally Susila became very weak and could barely walk. Then our Elijah Challenge workers came and ministered to her in the name of Jesus Christ, and she was completely healed from the high blood pressure and diabetes. After that Susila put her faith in Jesus as her only Lord and Savior.”
.

“Elderly Masad suffered from a strange disease which caused pain and swelling in his body. The doctor performed tests on him, all of which came out negative. But Masad felt very uncomfortable. Then his family thought that it could be the work of a sorcerer, so they consulted a sorcerer who performed mantras on him. Still Masad was not well. Finally our Elijah Challenge workers came and commanded the demon to leave his body in the powerful name of Jesus. The demon left, and the pain and swelling in his body disappeared. Masad then put his faith in our Lord Jesus.”
.

“Rebati had suffered terribly from a problem in her thyroid. She had been to the city hospital where a doctor had prescribed medicine for her, but it did not help her at all. Then our Elijah Challenge workers came and ministered to her in the wonderful name of our Lord Jesus, and Rebati’s thyroid was miraculously healed. After that she believed and accepted Jesus as her Lord and Savior.
.

“A young boy name Jitendra Majhi had a high fever for around eight to ten days. His parents had already taken him to a doctor who prescribed medicine for him. But after Jitendra took it, the fever would not come down. Now frightened for their little boy, his parents took him to another doctor. Jitendra took the medicine prescribed by this second doctor, but his condition remained the same. Then our Elijah Challenge harvest  workers came and ministered to him in the marvelous name of Jesus. The little boy was miraculously healed, and the fever vanished. Both his father and mother accepted Jesus as their only Lord and Savior.”
.