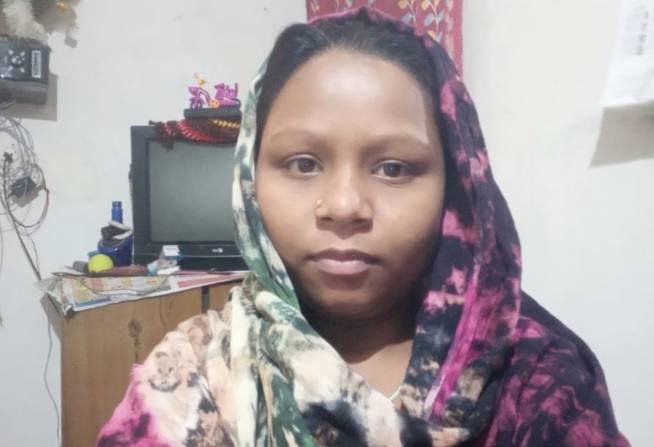 “Thank you so much for your prayer and support for the extension of His work here in India. It’s wonderful to get the below reports from our harvest workers even during this time of nationwide lockdown due to the coronavirus. Our workers are using every opportunity to reach the unreached. We believe that after the lockdown is over, there will be even greater fruit for the harvest during these Last Days.

I will encourage our Elijah Challenge laborers to work hard in the Lord’s harvest fields here.”
.

“Priya Dutta (above) had been barren and childless for eight years, leaving her in deep depression. She had undergone every kind of religious ritual and taken all kinds of prescription drugs, but to no avail. Year after year went by, but to her great chagrin she was unable to conceive. Then our Elijah Challenge workers ministered to her and assured her that the Lord Jesus would do a great miracle for her family. She is now seven months pregnant! Both Priya and her husband have accepted Christ and are now attending one of our house churches.

A young man had a mental disorder. Due to his strange behavior his parents at first thought he was demonized. They took him to the hospital, but there the doctor could not diagnose his condition. They took him back home and tried other kinds of treatment for their son, but everything they tried failed. Then our Elijah Challenge workers ministered to him in their home. He was set free from the disorder and his mind miraculously restored. Our house church has now started up in their home. The young man accepted Christ and is now actively helping and serving our workers.

Laxmi’s left ear had been completely deaf for two years following a bout with malaria. Visits to the doctor and prescription medication did not help. Our Elijah Challenge workers went to her home and ministered to her in the name of Jesus Christ. Praise the Lord her hearing was miraculously restored and she was able to hear from that ear again. She then accepted the Lord Jesus Christ.”

“For a long time a young girl had suffered from a urinal infection. Her parents had taken her to various doctors, but what they prescribed for her did not help. After her parents came to know about our Elijah Challenge workers, they called them to their home. Our workers went and ministered to the young girl. At that very moment she experienced the Lord’s power in her body, and she was miraculously healed from the UTI. Her father and mother believed in the supernatural work of our Lord Jesus, and accepted Christ as their Lord and Savior.

In the village of Kachana, 46-year-old Rajani had suffered from horrible swelling in her leg for a year and a half. Day by day the swelling worsened. For a long time she had been under the care of a well-known doctor, but she did not get well. Then our Elijah Challenge workers ministered to Rajani in the name of Jesus Christ. The swelling went down completely. Both she and her husband accepted Christ.”