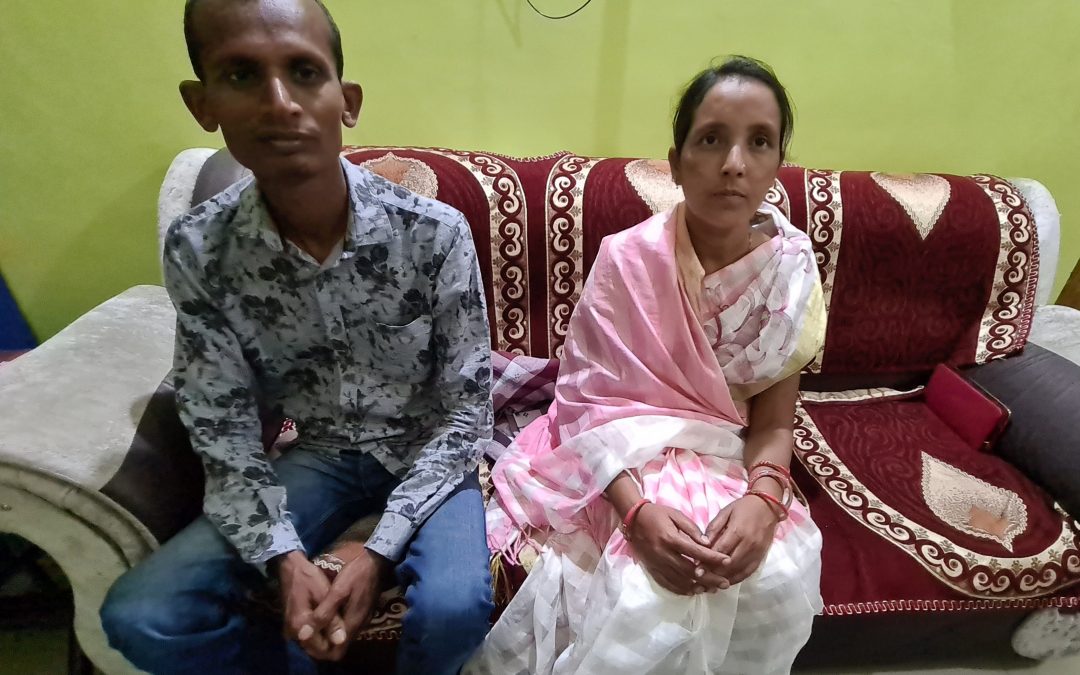 “Glory to God for His marvelous work in our harvest fields!

I would like to share a testimony regarding how sorcerers are exploiting innocent people here in India. I just came to know about this.

We just ministered to Mrs. Mamata Pradhan, a Hindu woman from an unreached high caste people group called the “Kulthia.” She had suffered from terrible demonic attacks for a year and a half. She and her husband had sold some land and expensive ornaments to raise over 800,000 rupees for treatment by sorcerers.

They live 40 kilometers from Bhawanipatna where I live.

When she was demon-possessed four to five young men couldn’t hold her down. She would try to kill people, EVEN HER OWN CHILDREN. At home she would break appliances and destroy things.

Mr. and Mrs. Prahdan shared with me a very sad incident—something I had never heard before. On one occasion they called a well-known, highly-paid sorcerer for help. Since they did not have the cash to pay him upfront, they gave him gold ornaments and raised money to pay him by selling their cultivated land. But afterwards she was still not delivered.

After all these sorcerers failed to help, they brought a temple priest to their home. But he too could do nothing help her.

One of our believers after meeting with the husband and sharing about our ministry connected him with me. At first Mrs. Pradhan didn’t want to come see me. So I first ministered to her over the phone in the name of Jesus. After that she was willing to come to Bhawanipatna to see me.

Today she and her husband shared their painful story with me. Then I ministered to her with authority in the name of Jesus Christ. The demons left her and she was powerfully delivered.

They lost everything paying the sorcerers and the temple priest, and are now struggling to make a living. The husband has started a small fast food store.

I was so surprised to hear how temple priests and sorcerers exploit and take advantage of suffering people. Mr. and Mrs. Pradhan have accepted the Lord Jesus Christ and are very grateful to God for His merciful deliverance. They want to witness for the Lord. Praise the Lord!”